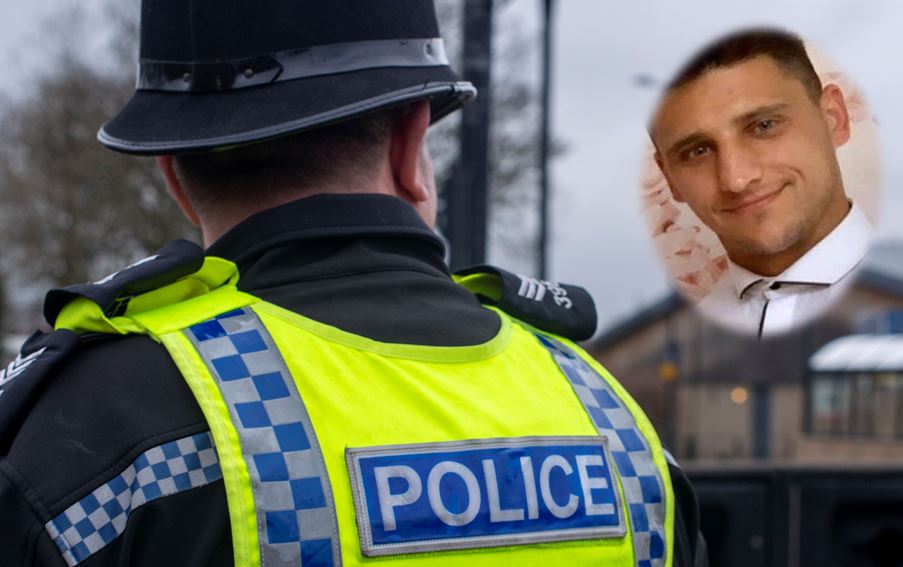 Barry Armstrong, who was also known as Barry Sutton, sadly died at the scene after the car he was driving collided with a house on Friday

The identity of a man who died following a collision in South Shields can now be revealed.

Shortly before 4.15am on Friday, officers were called to Chichester Road after a white Audi S3 had collided with a house.

Emergency services attended but sadly the male driver was pronounced dead at the scene. He can now be identified as Barry Armstrong, who is also known as Barry Sutton, 25, of South Shields.

His family are being supported by a team of specialist family liaison officers at this difficult time.

Two other occupants of the car, a female passenger and a second male, received treatment in hospital after suffering serious injuries. The woman remains in a critical but stable condition while the man is in a stable condition.

Sergeant Dave Roberts, of Northumbria Police’s motor patrols department, said: “This was a tragic incident that sadly claimed the life of a young man who had his whole future ahead of him.

“Our thoughts are with Barry’s family and friends as they come to terms with their loss, and we will continue to offer them any support they need.

“Our motivation is to find out what caused this collision and determine a chronology of events that immediately preceded the incident. A team of officers have been carrying out a number of enquiries over the weekend and will continue throughout this week.

“On Friday, we were made aware of a video circulating on social media which had been taken of the scene in the immediate aftermath of the collision. This contained very distressing images and I’d like to reiterate that sharing this video could constitute a criminal offence.

“As a result of the footage, a 20-year-old man has been interviewed under caution in relation to a communications offence and will be summonsed to appear before court on a future date.

“I would ask anybody who witnessed the collision itself, or who lives in the area and may have dashcam footage or CCTV that can assist the ongoing investigation, to come forward. Your information – however small or insignificant you feel it may be – could be crucial.”