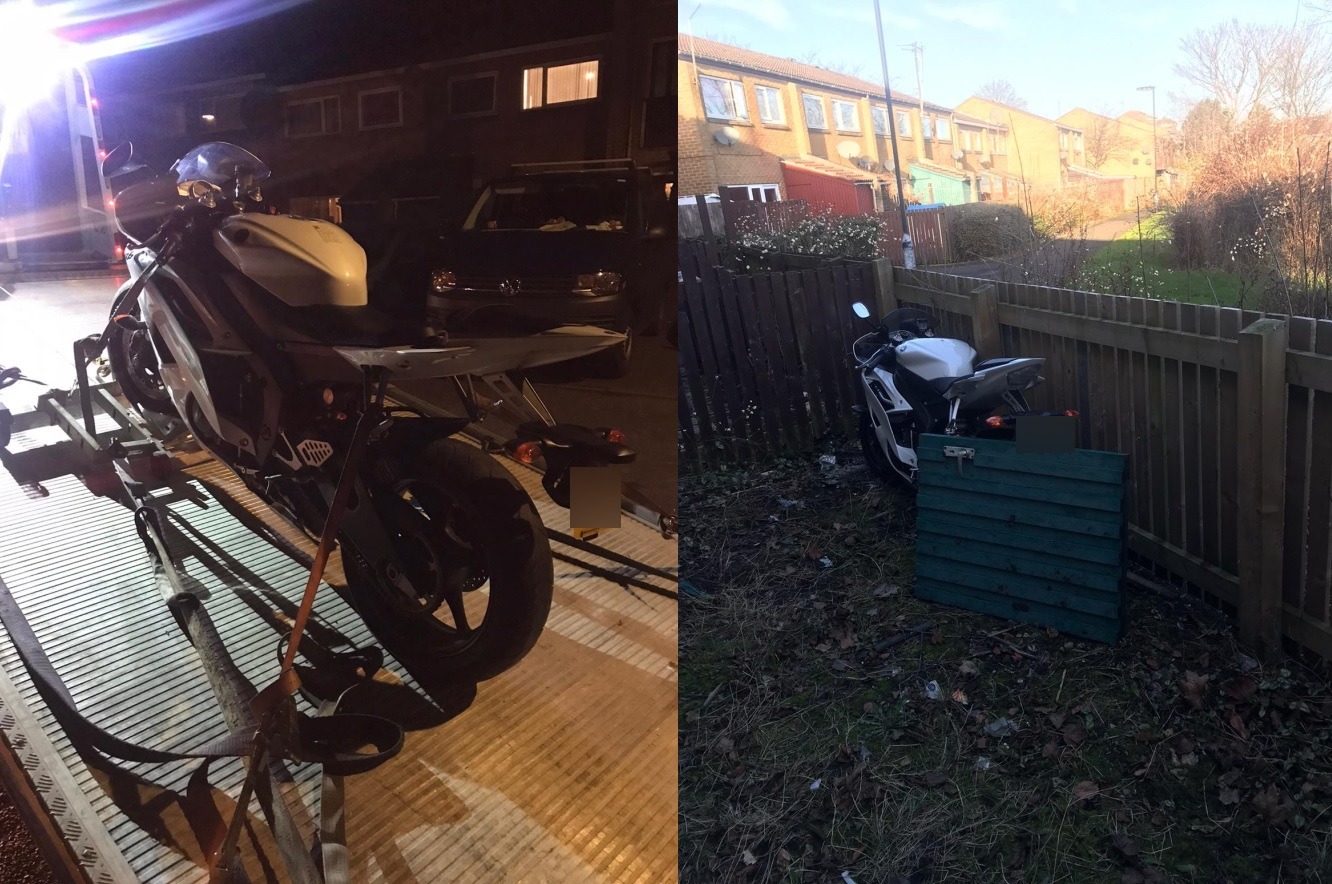 A specialist police task force set up to crackdown on violent thieves have recovered a car and motorcycle – just hours after they were reported stolen.

The Operation Benelli team seized the vehicles this morning just hours after they had been reported stolen from addresses in the west end of Newcastle.

At about 9.25am on Tuesday police had received a report that a VW Carat had been stolen from outside a property on Gainsborough Grove overnight.

An investigation was launched to try and locate the vehicle but at 9.45am the following day (Wednesday) police received a report of another burglary nearby.

Residents of a property on Wingrove Avenue had reported that a Yamaha motorcycle and a child’s bicycle had both been stolen from a back garden.

The Operation Benelli team took on the enquiry and were soon led to believe that the VW Carat stolen on Tuesday evening had been used to steal the bikes.

A plain-clothed operation was launched and within three hours the specialist officers had tracked the stolen motorcycle and bicycle to an abandoned property on Philip Place.

The VW Sharan was also located nearby and now all three vehicles have been returned to their owners.

Detective Sergeant Fran Joyce led the operation and has said the seizures are the result of proactive patrols conducted as part of Operation Benelli.

He said: “The Operation Benelli team has been in place over a year now and we have developed huge knowledge of who the main offenders are and where they operate.

“We have a team of officers in place who have the freedom to carry out patrols and plain clothes deployments so when offences like this do take place, our officers know where to go.

“The recoveries yesterday are just another example of how that rich knowledge base is helping us to locate stolen property and disrupt criminal activity.

“We have recovered these vehicles within a matter of hours and that should be a huge reassurance to both the motorcycle community and the wider public.

“An investigation to trace those responsible for both offences is ongoing and if you are involved them do yourself a favour and hand yourself in.”