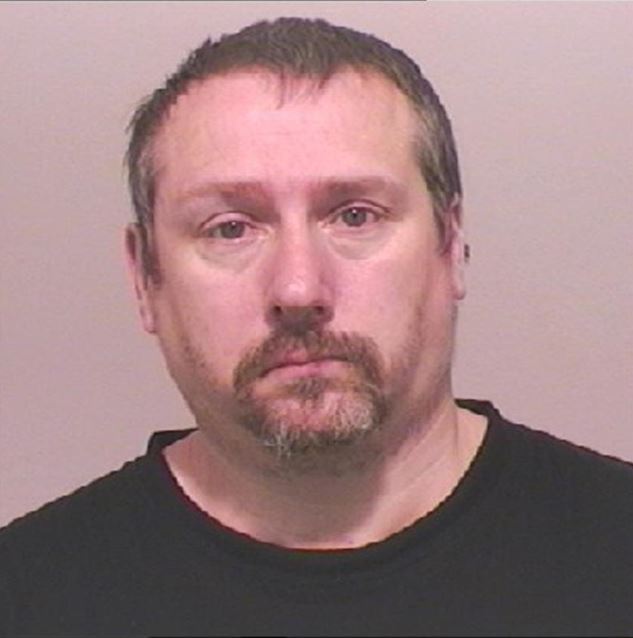 David Nicholson, 46, has been sentenced to nine years and four months imprisonment by a judge at Newcastle Crown Court

A paedophile who confessed to raping a child after he crumbled under the pressure of a polygraph test has been jailed for more than 9️⃣ years.

David Nicholson, 46, admitted sexually assaulting a girl – before the test he volunteered to take had even begun.

Nicholson was arrested by police in 2018 after being contacted by an online child activist group – claiming Nicholson had agreed to meet up with someone he believed to be a 13-year-old girl.

It was then he agreed to take a polygraph test, commonly referred to as a lie detector. But before it even started he crumbled under the pressure and confessed to the historic attacks.

When approached by Detective Constable Steve Hawkins of Northumbria Police, his victim, now an adult, bravely revealed what had happened.

Nicholson, of Gatacre Street, Blyth, appeared at Newcastle Crown Court on November 11 and plead guilty to one count of rape against a child under 16 and six counts of indecent assault.

At the same court, on Thursday (January 23), he was sentenced to nine years and four months behind bars.

In a statement read to the court, his victim said: “I had buried the memories of the abuse for so many years.

“I didn’t believe I was strong enough to revisit the memories and at first I told the officer that nothing happened and I was not a victim of abuse.

“However, with a lot of thought I finally decided to re-contact Det Con Hawkins and tell the truth.

“I knew deep down in order to get closure I needed to finally tell people what had he did to me as a child.”

His victim says she struggled as a teen but that she is proud of the life she has created for herself.

She said: “I do believe that eventually, over the years and after many sad days and mistakes, I am managing to create a strong healthy life for myself.

“Nobody achieved this for me other than myself. I did it and I am proud. Proud that I came out at the other side and haven’t let this man’s abuse destroy my life entirely. He stole my childhood but he hasn’t stolen my adulthood.

“I hope he is punished by the Judge for what he has done and he realises the effect his abuse has caused, then hopefully I can close this chapter of my life, gain closure and finally move on from what this horrible man did to me.”

Det Con Hawkins has praised the victim for her bravery.

He said: “Initially and understandably, this was extremely hard for his victim to talk about. With the proper support and time, she made the incredibly brave decision to speak.

“Her courage has helped put a dangerous paedophile behind bars and I cannot praise her enough.

“She has pushed through the trauma of what happened to her to become a person she feels proud to be and have a bright future full of opportunity. I hope knowing her bravery has helped keep Nicholson off our streets helps contribute to an even brighter, happier future.”

Anyone who has been a victim of rape, sexual assault or abuse, recent or historic, is asked to contact police on 101 or report via the "Tell Us Something" page of the Northumbria Police website. Always call 999 in an emergency.

Victims can also contact Victims First Northumbria on 0800 011 3116 who will give independent advice and support.
For more information about rape or sexual assault search Northumbria Police online.

All our web pages have a 'hide page' function and there is guidance on deleting your internet history. If you have concerns about using your own devices, contact a close friend or family member to use their device or use the internet access at a local library.