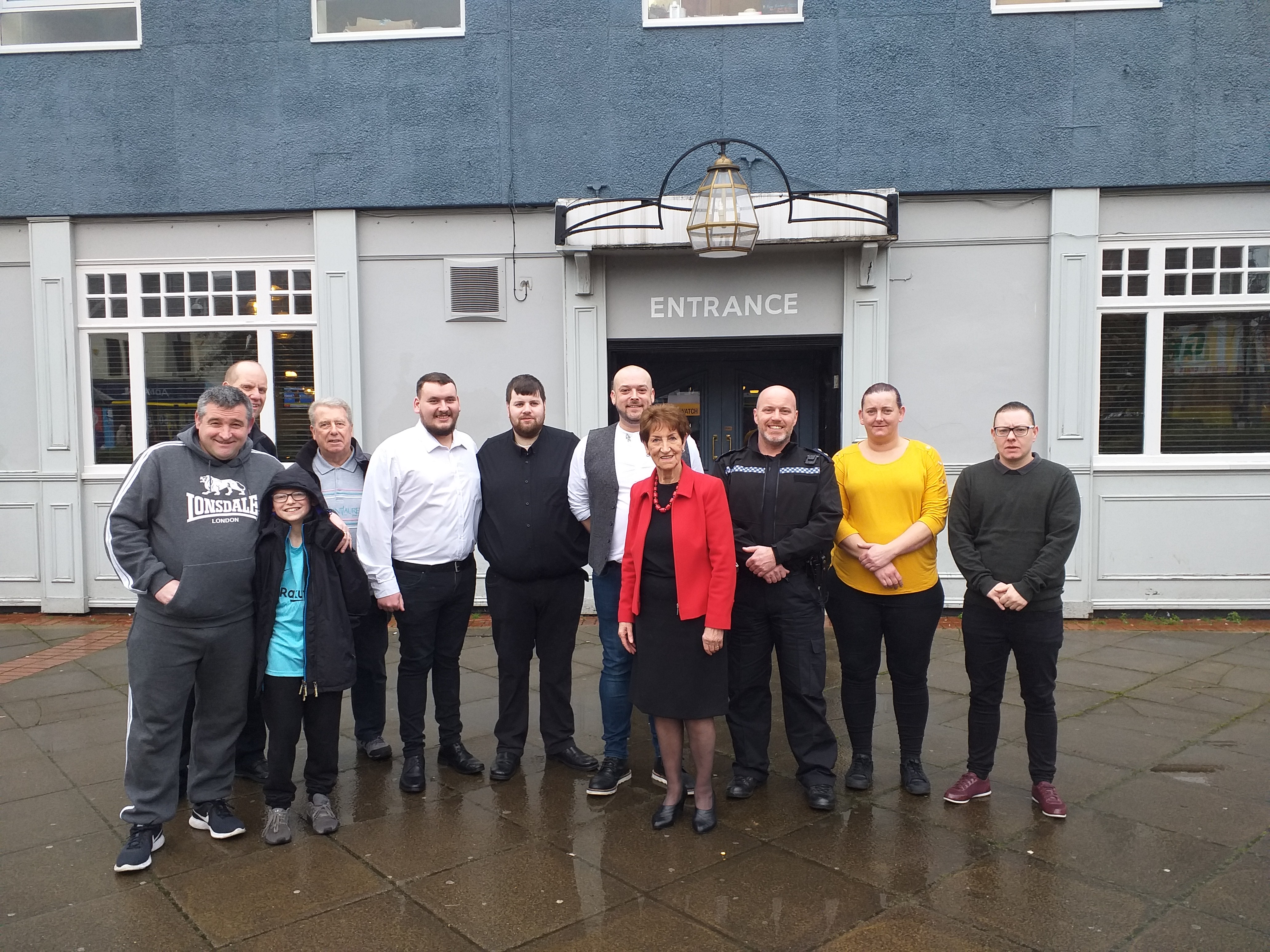 Officers from Northumbria Police have joined Mayor Norma Redfearn in thanking the staff at the Anson Public House for providing shelter and free refreshments to those evacuated from their homes following a dangerous fire in the community.

The Wallsend fire was reported to police by Tyne and Wear Fire and Rescue Service shortly after 1.55am on Sunday (January 5).

They reported that a large number of tyres were on fire at a tyre yard near to the High Street and a number of gas cylinders had also caught fire and exploded.

Luckily nobody was injured during the incident and firefighters were able to bring the blaze under control and extinguish it.

However, a cordon was put in place and in order to protect the surrounding community; over 100 residents were evacuated for their safety.

That is when the Anson pub sprang into action and opened their doors to help temporarily shelter residents and served them free tea, coffee, juice and water during the night as well as accommodating beloved pets.

“The staff also offered up biscuits and sweets from their own homes to show further kindness to those suffering the consequences of the fire.

“I’m incredibly proud to serve within such a kind and caring community - it was an honour to present the staff at the Anson with this award, it’s very well deserved.”

North Tyneside Council’s Elected Mayor Norma Redfearn CBE, said: “It’s amazing how the community came together to provide a haven at the Anson pub for people who had nowhere else to go after being evacuated from their homes.

“People in Wallsend are the salt of the earth and this is about what real communities do for each other in their hour of need. I’m incredibly proud and grateful for the way everybody has responded and taken care of each other during a very serious incident.”