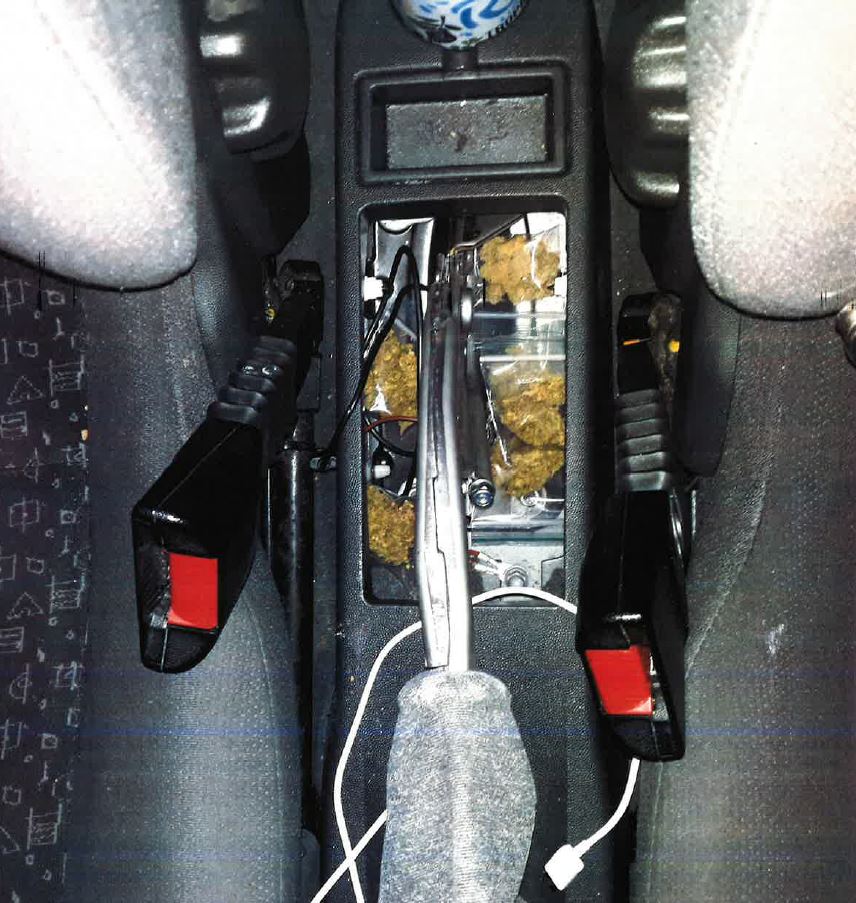 A suspected drug dealer has been arrested after uncovering a haul of illegal substances in his car - stashed inside the gear box.

At about 1.25am today officers were on patrol on Shields Road in Byker when they spotted the Vauxhall Corsa.

The driver was acting in a suspicious manner and the officers on patrol suspected that the driver could be involved in criminality.

They pulled the vehicle over and carried out a search of the Vauxhall Corsa to see if anything was amiss.

One of the officers noticed the gear box was lose and when he lifted it up he was faced with packets of an unknown white powder and packets of suspected cannabis.

The 24-year-old driver was arrested on suspicion of possession with intent to supply and taken in to police custody.

Now a senior officer at Northumbria Police has praised the response of the officers on patrol who used their intuition to pull the vehicle over.

Detective Chief Inspector Jamie Pitt said: “This was a fantastic piece of proactive policing that has resulted in officers seizing a quantity of drugs.

“We have seen drugs concealed in some unusual places but inside a gear box isn’t one you see too often.

“What it does show is how professional and thorough our vehicle searches can be and that should come as a stern warning to suspected drug dealers.

“Illegal substances are not welcome on our streets and we will continue to do everything we can to create a hostile environment for those involved in this type of criminality.

“But we also need the support of the local community so if you have information about suspected drug dealing then please pick up the phone and get in touch.

“We will continue to work closely with partners to disrupt suspected drug dealers and address the harmful impact this activity has on our communities.”

The man arrested has since been released under investigation pending further enquiries.

Anyone who wants to report drug dealing, or any other suspicious activity, can do so by calling 101 or Crimestoppers anonymously on 0800 555 111.