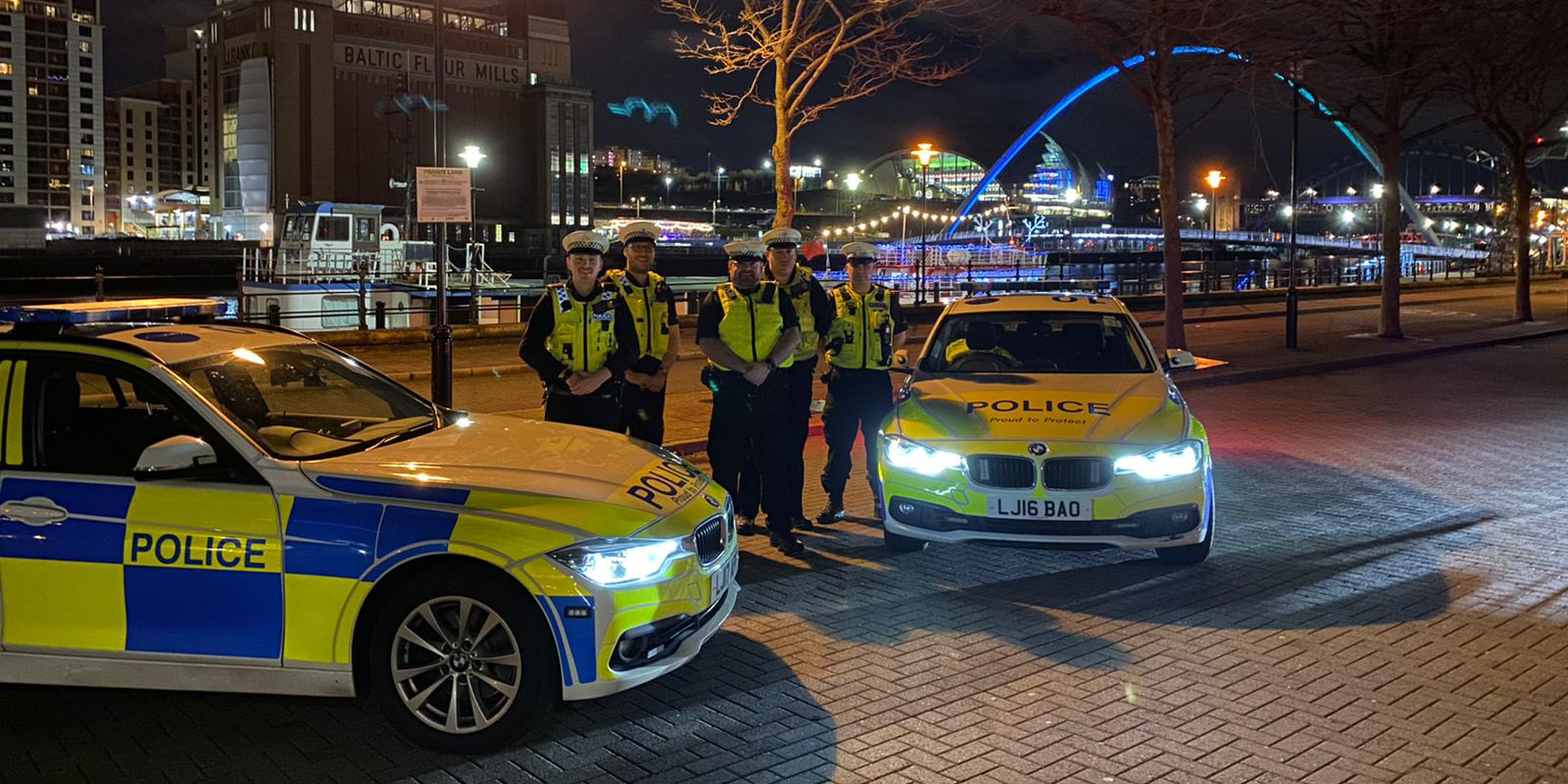 A new mother is among those was handed a fixed penalty notice in a police road safety operation – after she was caught travelling in the front seat with a six-week-old child on her lap.

The vehicle the woman was travelling in was pulled over last Sunday (December 22) as part of a joint operation between Northumbria Police and Durham Constabulary.

It was one of 80 vehicles stopped by a team of volunteer Special Constables as part of the cross-border day of action in Gateshead, Birtley, Washington, Houghton, Consett and Chester-le-Street.

The random stop checks were carried out to crackdown on speeding, drink and drug driving, driving without the appropriate documentation and driving in vehicles not fit for the roads.

But during a stop in Chester-le-Street, officers caught the woman sitting in the front street of a vehicle with her six-week-old on her lap.

The woman, who was in her mid-20s, was warned about her behaviour, and the need to use a car seat, as well as being handed a fixed penalty notice.

The volunteer special constables also arrested a 62-year-old woman as part of the Operation Beacon activity and reported 11 drivers for speeding in a residential area.

Sergeant Pinner Rana, of Northumbria Police’s Motor Patrols Department, praised the dedication of the Special Constables who volunteered to run the operation.

He said: “This has been another very successful operation and once again it has been led by a team of volunteers.

“These men and women have full-time jobs and families at home but they have volunteered hours of their own time to keep the public safe.

“Their hard work and dedication is incredible and I am so proud to be able to work with individuals who are so committed to improving road safety.

“In terms of our enforcement activity, we hope that those drivers we stopped and spoke to will think long and hard about their behaviour behind the wheel.

“You may be putting lives at risk by speeding, driving in a vehicle that is not fit for the road or driving under the influence of alcohol or drugs.”

Sgt Rana added: “It is also against the law to travel in a vehicle with a child on your lap as this could put them at risk of serious harm if you are involved in a collision.

“You must use a car seat if you are transporting a young child and if you are found flouting this law then you could face a criminal prosecution.”

Chief Officer Dale Checksfield who heads up Durham Special Constabulary said: “This successful joint operation, planned and delivered by volunteer police officers attached to the Roads Policing Units of both forces, demonstrates the value Special Constables bring to our communities.

“Contrary to the popular misconception that roads policing is about ‘targeting innocent motorists’, roads policing officers are committed to ensuring the number of people killed or seriously injured on our roads is reduced through education and, where appropriate, enforcement.

“Our highly trained Roads Policing Special Constables involved in this operation have succeeded in ensuring the road safety message is spread further, work they undertake week in, week out, without financial reward. Undoubtedly, they help in making the roads safer for us all.”

During the operation, the Special Constables also reported five drivers for vehicle defects and issued three fixed penalty notices for driving without a valid MOT.

One driver was also reported for driving an untaxed vehicle and two more were warned after they were found just under the legal limit for drink driving.

Anyone who wants to report an incident on the roads can do so by contacting police on 101, or 999 in an emergency.

You can also report online at the Northumbria Police website where you can also upload dash-cam footage of careless or dangerous driving.