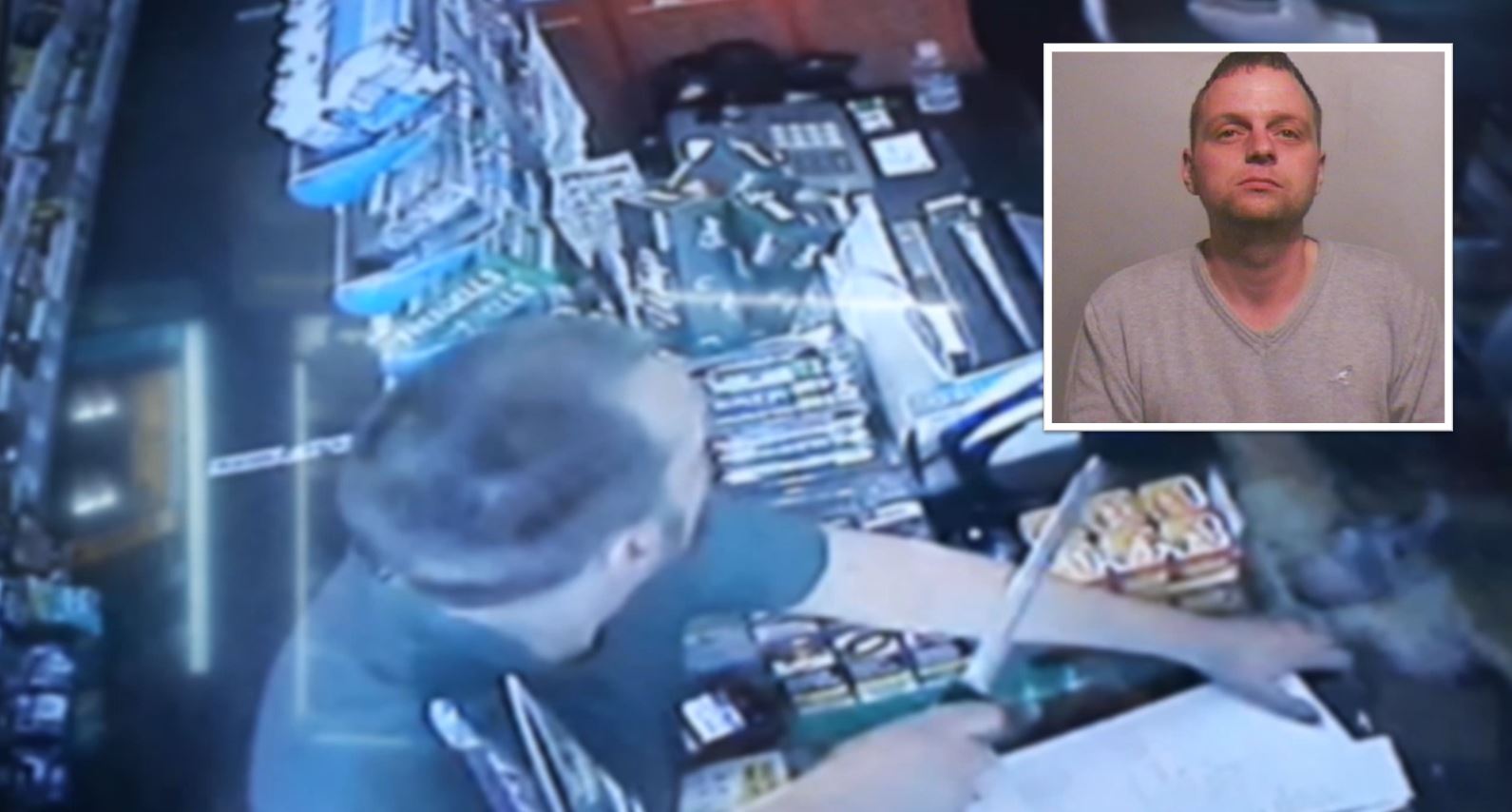 An armed robber has been jailed after he carried out a terrifying knife-point raid – before being chased down and detained by a passer-by.

Michael Knowles, 37, was sentenced to four years behind bars after he threatened a shop keeper in Birtley earlier this year.

Newcastle Crown Court was told how the thief had burst into Sophie’s Store on New South Terrace before pulling out a knife.

He then threatened the shopkeeper and demanded he hand over cash before grabbing the till and fleeing the scene on foot.

However, a 38-year-old man was also walking on the street when he saw Knowles running away with the till in his arms.

He gave chase in his own vehicle before detaining him in a nearby park until police arrived on scene to arrest him.

The till, containing £300, was found still in his possession before police dog Max located the knife used in the robbery discarded in nearby shrubbery.

Knowles, of Abbotside Close, Chester-le-Street, was later charged with robbery and possession of a bladed article.

He admitted both offences at Newcastle Crown Court on June 22 and yesterday he was jailed for four years at the same court.

Following the case, Chief Inspector Chris Grice condemned his actions and once again praised the Good Samaritan who prevented him from fleeing the scene.

He said: “Michael Knowles was high on drugs when he carried out this robbery but that is simply no excuse for his behaviour.

“It must have been a terrifying experience for the shop keeper but he remained calm and did not put himself in any danger.

“He was able to quickly contact police but before we were able to arrive on scene a Good Samaritan had leapt in to action to prevent Knowles from getting away.

“Knowles was armed with a knife but this man still put his own safety at risk to detain this thoughtless thief in a nearby park.

“He demonstrated exceptional bravery and because of his actions Michael Knowles is now serving a four year sentence behind bars.

“This case is a fantastic example of the community spirit we have in our region and this brave witness is most definitely a community hero.”

Knowles, who has a previous conviction for an attempted shop robbery, was also ordered to pay a victim surcharge of £190.