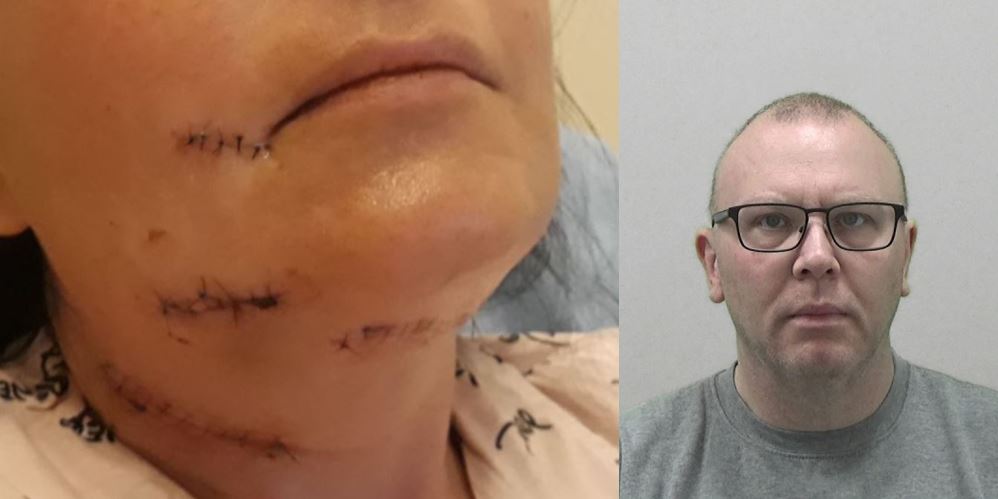 Molyneaux, 53, left his victim with catastrophic injuries in the kitchen of her South Shields home

A cold-hearted boyfriend who slit his partner’s throat and left her for dead has been jailed for 13-and-a-half years.

Karl Molyneaux, 53, turned his girlfriend’s life “upside down” after carrying out the chilling attack in her South Shields kitchen while her two teenage children were upstairs.

After cutting her throat, Molyneaux left her bleeding heavily on the floor and fled the address – before calling police from a petrol station and confessing to his crime.

The victim was taken to hospital and received life-saving surgery after being found downstairs with multiple stab wounds by her children.

Molyneaux, of Eglesfield Road, South Shields, pleaded guilty to attempted murder when he appeared at Newcastle Crown Court on April 30.

Today (Wednesday) he was back in the dock at the same court as a judge sentenced him to 13-and-a-half years imprisonment.

Detective Sergeant Gaye Martin, of Northumbria Police, said: “This was an absolutely appalling attack as Molyneaux, a man with no previous offending history, attempted to kill someone who he should have been caring for.

“After carrying out the sickening attack, he then fled the scene – leaving his partner to fight for her life with catastrophic injuries. His actions were cold and sinister.

“The victim is incredibly fortunate to be alive – and I’d like to praise her for the amazing bravery and strength that she has shown throughout this case. I have no doubt whatsoever that the actions of her children that night saved their mum’s life and they should be very proud of that.

“Molyneaux proved himself to be a dangerous individual and who now begins a significant time behind bars. He is fortunate that he is not facing a murder charge – and I hope he acknowledges the long-lasting consequences that his actions will inevitably have on his victim and her family”

Police were called to the victim’s address in South Shields at about 8.30pm on March 11 and found the victim with serious injuries to her neck and arm.

A short time later, Molyneaux – who had known the victim for more than 10 years before their friendship became a relationship – rang the Force’s control room from a petrol station and admitted carrying out the offence.

He was subsequently arrested and charged with attempting to kill his girlfriend.

In a statement, his victim said: “I am extremely upset and in disbelief that Karl has done this to me – I cannot believe he is capable of this.

“I am worried about my children as they were in my house at the time and I had to ask them for help. I tried to help myself but I was in so much pain.

“This has turned my world upside down. I need to know why this has happened.”