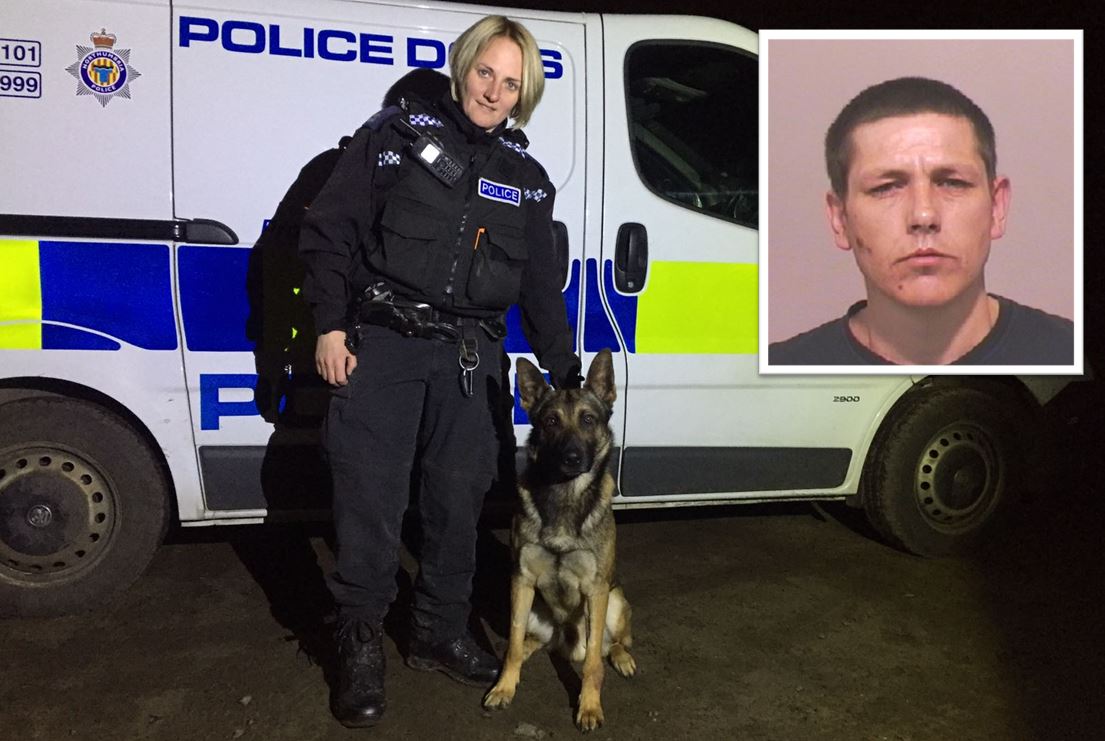 A dangerous driver has been jailed after jumping behind the wheel of a stolen Porsche and leading police on a high-speed chase.

Michael Podd tore down residential streets at up to three times the legal speed limit in a desperate bid to escape officers in the dead of night.

The 39-year-old drove at an estimated 70mph through 30mph and 20mph areas in the Boxster, which had been stolen in a burglary in Sunderland just hours earlier.

Podd and his accomplice, who was jailed earlier this year, were spotted in the stolen vehicle in the early hours of October 3, 2019– sparking a pursuit which saw officers and the police helicopter track the car’s movements.

After ignoring red lights and endangering the lives of other road users, Podd and his partner-in-crime abandoned the car and fled on foot – but Police Dog Zeeke helped officers locate the pair hiding nearby.

Podd, of Brady Street, Sunderland, admitted dangerous driving, aggravated vehicle taking, no insurance and no licence when he appeared at Newcastle Crown Court on January 8.

He also pleaded guilty to unrelated offences of racially aggravated harassment of a doctor and police officer, and assault of an emergency worker.

Yesterday (Monday), he was sentenced to 18 months behind bars and handed a 21-month driving ban.

Detective Constable Neil Swainston, of Northumbria Police, said: “With no licence or insurance, Michael Podd knowingly and willingly endangered the lives of the community and police, as he tore down the streets of Sunderland at alarming speeds and ignored red lights in his bid for freedom.

“His actions in a stolen car sparked a significant emergency service response with officers and the National Police Air Service (NPAS) working together to follow his high-speed movements.

“After abandoning the car, he and his co-accused then made off on foot – and this was yet another case that highlighted the crucial role that our dogs play in detecting crime, locating suspects and keeping the public safe.

“Podd is very fortunate that nobody died as a result of his dangerous actions behind the wheel – and I welcome the custodial sentence that has now been handed down.”

Earlier this year, Darren Stevens, 44, admitted stealing the Porsche from a family home on Side Cliff Road in Sunderland while the occupants were asleep upstairs.

The brazen burglar helped himself to the keys – and then drove the stolen car to pick up partner-in-crime Podd, who got behind the wheel and proceeded to give it a spin.

Stevens, of no fixed abode, pleaded guilty to burglary and aggravated vehicle taking without consent when he appeared at Newcastle Crown Court on January 8.

He was subsequently jailed for 936 days and received a 27-month driving ban.