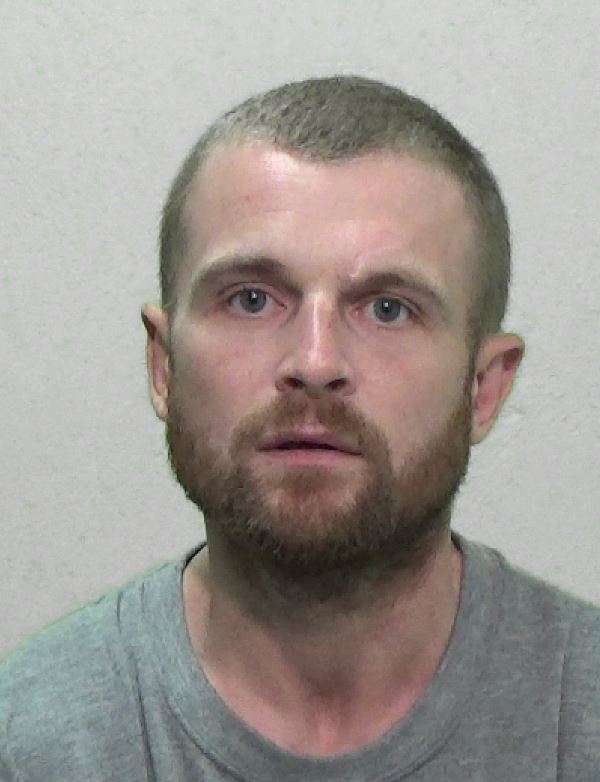 Darren Thoburn, 34, has admitted a string of driving offences as well as a burglary in Washington

A disqualified driver faces jail after stealing a Sainsbury’s delivery van and crashing it into a tree.

Darren Thoburn jumped into the driver's seat after the van had momentarily been left vacant in the click and collect area outside the Galleries Washington store on the afternoon of June 17.

Thoburn – who received a two-year driving ban earlier this year for a traffic offence – then accelerated out of the car park and narrowly missed pedestrians as he darted down a back lane.

Not realising it was a dead end, Thoburn, 34, slammed on the brakes but the van smashed into a tree and a metal pole.

He then made off on foot – but was swiftly surrounded by police after officers were directed by members of the public to his hiding place on a track behind the Toby Carvery.

The intoxicated offender was found to be over the legal alcohol limit and in possession of wire cutters, an emergency glass breaker and a blade wrapped in tape.

Thoburn, of no fixed abode, pleaded guilty to a string of driving offences when he appeared before magistrates in South Tyneside on Monday (July 13), as well as a separate burglary after raiding Olivia’s coffee shop in Washington on June 13.

Detective Sergeant Chris Raper-Smith, of Northumbria Police, said: “This was an opportunistic crime and one that saw Thoburn endanger not only his own life but the lives of others.

“He knowingly and willingly climbed into the Sainsbury’s van despite being disqualified from driving and also while under the influence of alcohol. He received this ban in court in February – so was well aware that through his actions he was breaking the law.

"It is especially disappointing that he would commit this type of offence which has a significant effect on those workers who are helping the most vulnerable in our community during the pandemic.

“It also transpires that Thoburn – a serial criminal who has been a drain on our resources for some time – also burgled a café in Washington last month.

“He simply needs to grow up and think carefully about the serious consequences that his selfish actions can have on others.”

Thoburn refused to cooperate with police in interview following the van theft but admitted a string of offences with the weight of evidence against him overwhelming.

On Monday, when appearing in court, he admitted aggravated vehicle taking, driving whilst disqualified, driving above the legal limit, no insurance, going equipped and dangerous driving, as well as the separate charge of burglary to the café.

He is due to be sentenced at Newcastle Crown Court on August 10.