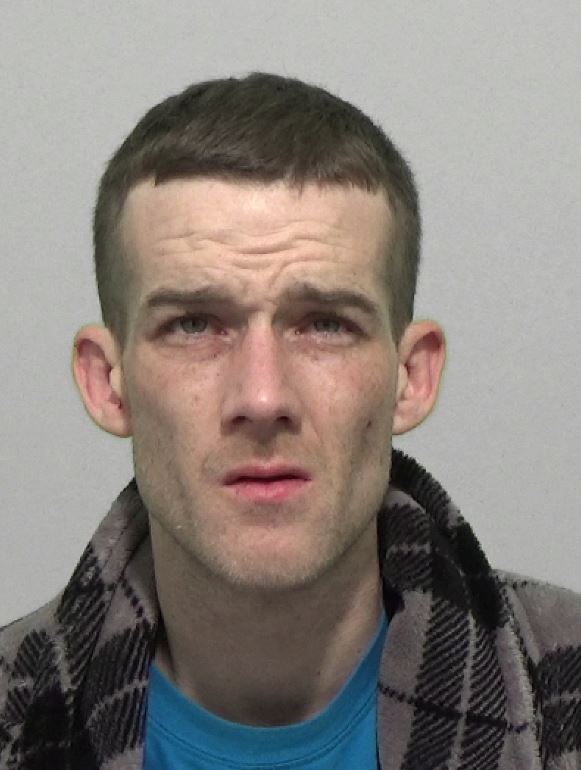 A drug-fuelled menace who threatened a pensioner in her home during a terrifying knife-point robbery has been jailed for nine years.

Mitchell Sayers targeted the 70-year-old woman just three days before Christmas and held the 12-inch blade up to her as she answered her front door late at night.

Sayers – who at the time was on bail for another robbery where he pushed a woman in her 50s to the ground as she walked down a street in South Tyneside – then demanded money and snatched £90 and her bank card.

Upon leaving her Jarrow home, Sayers, 32, then warned the terrified occupant that he would “come back for her” if she contacted police.

The serial criminal was arrested and charged in relation to that robbery, as well as for the offence for which he was on bail.

Now Sayers, whose behaviour it was claimed in court had spiralled due to a drug addiction, has been jailed after pleading guilty to two counts of robbery and six counts of shoplifting.

Detective Constable Alison Hayhoe, of Northumbria Police, said: “First and foremost, I sincerely hope Sayers’ sentence provides some kind of closure for his victims who have shown amazing bravery and cooperation throughout this difficult case.

“Sayers’ behaviour was dangerous and erratic as a result of his drug misuse, and he showed he was willing to endanger the lives of anybody who got between himself and the money needed to feed his addiction.

“His selfish actions have inevitably caused a significant amount of distress for his victims, one of whom was in her 70s and was left absolutely terrified as a result.

“Individuals like Sayers cannot be trusted to live in a lawful society and I welcome the significant custodial term handed down to him which is a fair reflection of his crimes. I sincerely hope he uses this time in jail to carefully consider how his actions have seriously impacted on his victims’ lives.

“We do not apologise for bringing violent offenders such as this to justice, and will continue to do so to ensure South Tyneside remains a safe place to live and work.”

The court was told how Sayers was on bail for another robbery offence in South Tyneside when he targeted the pensioner’s bungalow days before Christmas.

That initial incident happened in November 2019 as the victim in her 50s was walking home in South Shields. But Sayers then bundled to the floor from behind and kicked her in the arm and chest as she tried to defend herself.

The shameless offender then stole the victim’s purse before making off. Police quickly identified Sayers as the likely culprit for the crime and went on to find him hiding in a wheelie bin as he desperately tried to avoid detection.

Sayers, of no fixed abode, was subsequently charged with that offence and six counts of theft relating to shoplifting at a garage in his hometown throughout November and December last year.

In a statement prepared for court, the victim of Sayers' street robbery on November 30 last year said: "I feel worried and scared when I got out alone.

The second woman who Sayers targeted, at her home just before Christmas, added: "This man has destroyed my life."