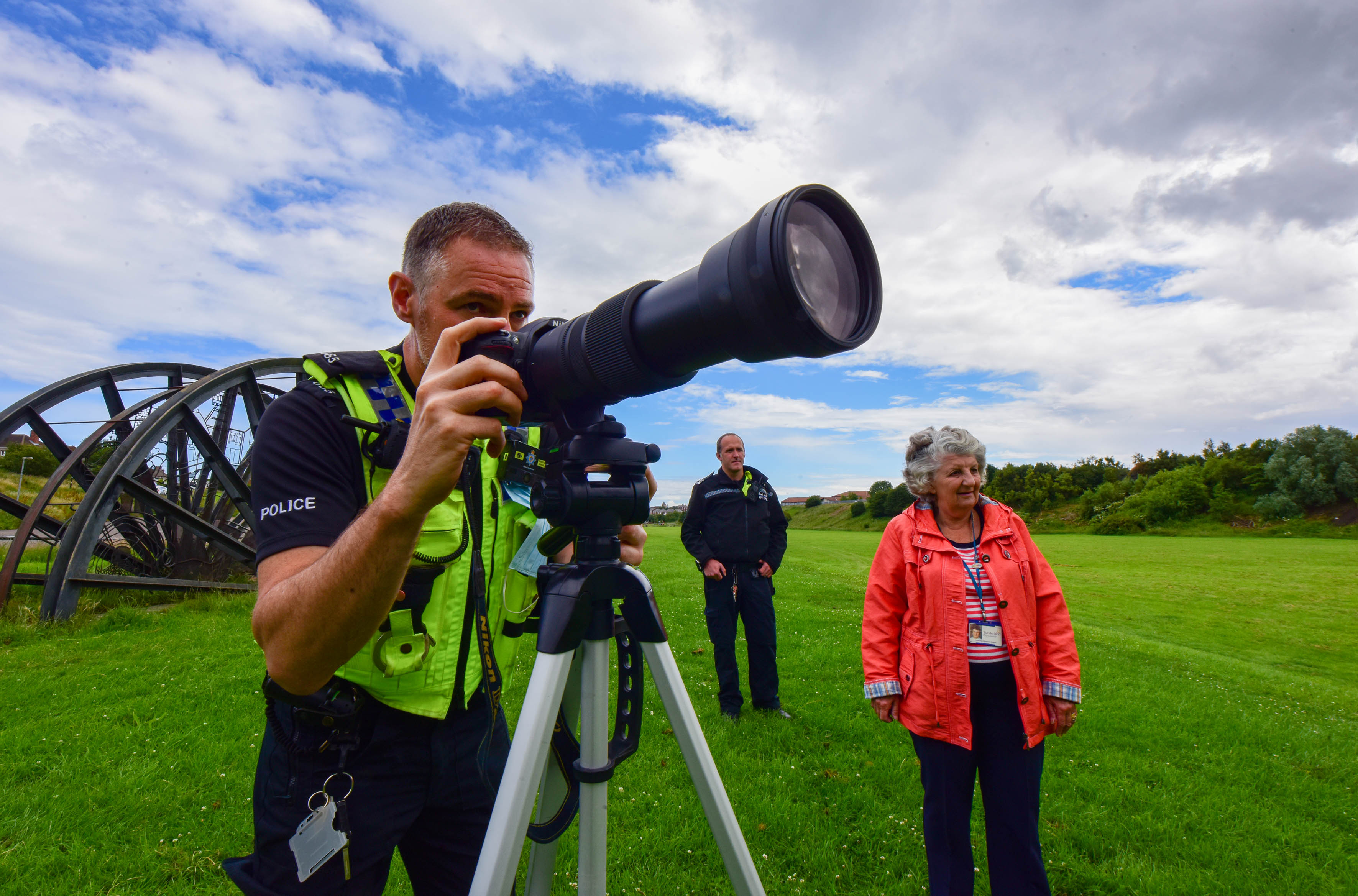 Eagle eyes from a long lens camera will be tackling nuisance motorcyclists as part of a fresh crackdown.

Officers have teamed up with Sunderland City Council to tackle off-road riders who have been putting walkers and cyclists at risk of injury by tearing along public paths and cycle paths across the Ryhope and Doxford areas of the city.

The irresponsible riders have also been damaging public and private land – causing misery to the communities who live there.

Now as part of Operation Eagle, the council’s Area East Committee have paid for an £800 telephoto zoom lens that can help police identify off-road bikers from a distance – and bring them to justice.

The crackdown has already had a significant impact with more than a dozen riders identified, eight Section 59 warning notices handed out to riders and one motorbike seized by cops.

Neighbourhood Sergeant Craig Sherriff, who is overseeing Operation Eagle, has welcomed the early results and says anybody found to be involved in motorcycle disorder will be dealt with robustly.

Sgt Sherriff said: "We understand the significant and corrosive impact that anti-social behaviour can have on the communities we serve, and that’s why we’re working closely with the council to tackle motorcycle disorder across the city.

"The long lens camera provided by the council is allowing officers to get clear pictures of those involved in this type of disorder, and these can be used as irrefutable evidence that allows us to seize bikes and deal with riders appropriately.

"Uniformed and plain-clothed officers are carrying out dedicated patrols in hotspot areas as part of Operation Eagle, and we’ve already had some encouraging results. That work will continue as we look to keep our communities safe.

"If you see any off-road riders or vehicle-related crimes happening in your area, please get in touch with us. We also want to hear from anyone who believes they know where these bikes are being stored overnight."

Northumbria Police and Crime Commissioner, Kim McGuinness, added: "I know motorbike disorder is an issue in some parts of Sunderland, especially at this time of year.

“Families, the elderly, the vulnerable can all feel threatened by those riding bikes irresponsibly, at speed, where they shouldn't be and this isn't acceptable.

“This work shows our neighbourhood teams are listening and will step up and take action against those responsible."

She said: "We are a City Council that works in partnership and here, between the police and information from residents, we're all working together to tackle these noisy and nuisance off-road motorcyclists.

"These riders are not welcome on our footpaths, on our cycle paths, or in our neighbourhoods. If you want to go off-roading on a motorbike you need to find a club or somewhere it is legal. If you don't do this and you're identified as riding illegally you can lose your bike.

"The vast majority of people want the best for our city and motorcycle anti-social behaviour is not welcome in Sunderland."

Ryhope Ward councillor Paula Hunt thanked the community for their ongoing support in combating the issue.

She said: "It's a regular complaint and comment from residents across the ward - 'what can be done about these noisy and nuisance motorcyclists?'

"It's a problem that, unfortunately, too many of our residents have experienced and one that this council and our partners were absolutely determined to tackle.

"I am happy to report this camera lens is delivering good results. Residents are reporting where they can see and, sadly, hear the bikes. Police officers have this information and with a long lens it's much easier to identify the culprits, serve them notices and seize their bikes.

"I'd like to thank residents who've been really helpful in combating this nuisance."

Neighbourhood officers are working with the Operation Benelli team, which was set up last year to combat an increase in the number of incidents across the Force where motorcycles had either been stolen or used to commit crime.

The Operation Benelli task-force, based at Etal Lane Police Station in Newcastle, has been a huge success, arresting more than 100 offenders and seizing hundreds of stolen vehicles.

Anyone with information is asked to contact police via the ‘Tell Us Something’ page of our website or by calling 101. Information given is treated as confidential and can be passed on anonymously.