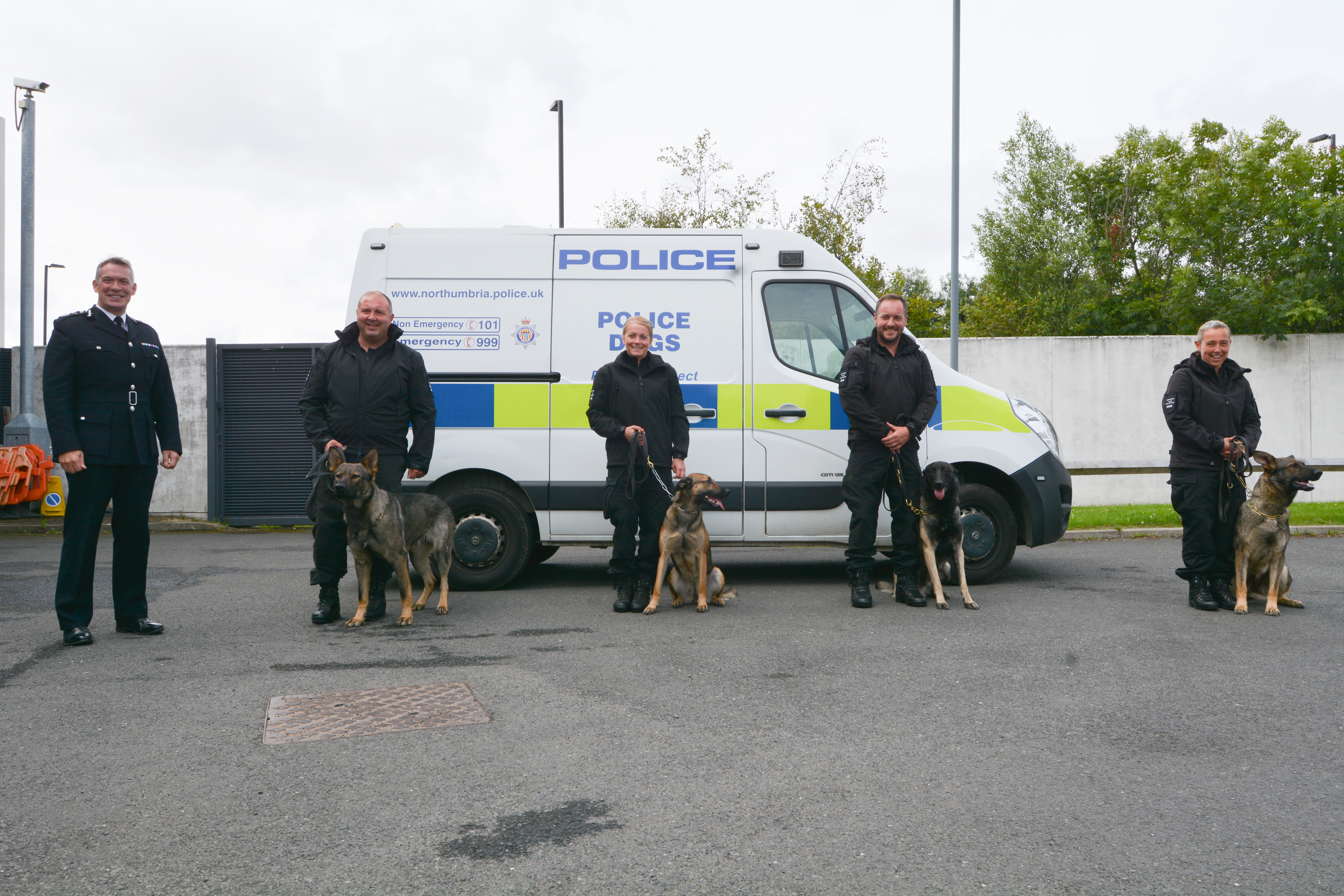 A quartet of pooches have passed their training to officially become police dogs.

After months of training the gang were put through their paces and assessed by independent Home Office Instructors who decided their fate last week.

And their hard work and dedication paid off with all four dogs passing the General Purpose Initial Course. The gang will specialise in in searching for people and property as well as tracking and detaining fleeing criminals.

German Shepherd siblings PD Winston and PD Wren, 18 months, are following in their father’s footsteps . . . Dad Luther is one of the Force’s most experienced hounds and set to retire in six months’ time.

However, the eight-year-old will first show son Winston the ropes as the father-son team share the same dog handler, PC Andy Errington, who Winston has lived with since he was just eight-weeks-old.

Meanwhile daughter Wren will hone her skills under the watchful eye of her dog handler, PC Hayley Raithby.

And it’s a double celebration for new recruit PD Roxy, a three-year-old Belgium Malinois, as she’s the first pooch dog handler PC Donna Foley, who is new to the Dog Section, has ever trained through to course completition.

And last but by certainly not least to join the ranks is PD Roscoe, a nearly two-year-old Belgium Malinois. He will assist in the same line of work as Roxy.

Roscoe lives with his dog handler PC Mal Welch and furry co-workers German Shepherd Kenny, who is a Firearms Support Dog, and Springer Spaniel Jay who is an explosives dog.

The Force’s Dog Trainer PC Paul Cooper could not be prouder of his new recruits.

He said: “We are so proud of all the dogs for passing their exams, they are brilliant dogs and will be a huge asset to the Force.

“An enormous congratulations too must also go to their handlers who worked tirelessly to get the dogs up to standard and then through their exams.

“Our handlers don’t just spend their working hours with their police dogs - they open their homes to them too, spending their days off and holidays side by side and welcoming them into the family dynamic.

“Being a dog handler is far from a 9-5 and it’s a demanding job but I know every member of the team find it hugely fulfilling and it’s their passion and respect for the animals that got every single one of our dogs a successful exam pass this week - well done!”