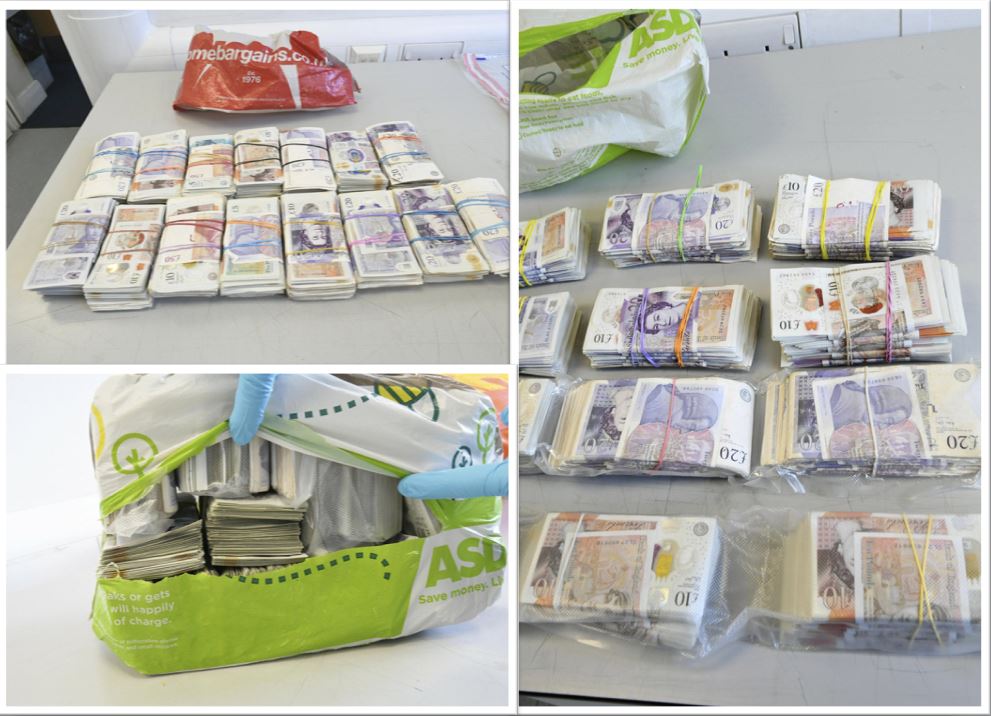 We've arrested 4️⃣ men and seized £1️⃣5️⃣,0️⃣0️⃣0️⃣ of suspected criminal cash in a string of dawn raids across the region.

The activity forms part of the region’s ongoing commitment to tackling serious and organised crime across the region as part of Operation Venetic – the most significant operation the country has ever seen.

Four men, aged 53, 51, 48 and 43 were arrested on suspicion of conspiracy to supply Class A drugs and have since been released on police bail.

Detective Inspector Steve Pescod from NERSOU praised the activity, and said he hoped it would show the public how serious the forces are about tackling this type of crime.

He said: “Last week we shared some positive results from Operation Venetic and we were able to show our communities that over the past few months, we have been focused on tackling serious and organised crime in all its forms.

“I hope yesterday’s activity shows people that this work was not just for the cameras - it remains ongoing and it won’t stop until we have dismantled those organised criminal groups who think they can benefit from selling illicit substances, causing harm in our neighbourhoods and showing a blatant disregard for the law.

“We will continue to do this alongside the three forces of Northumbria, Durham and Cleveland and other partners - as long as this operation continues, and in the name of Operation Sentinel - our region’s dedicated initiative to tackling serious and organised crime.”

Northumbria Police and Crime Commissioner, Kim McGuinness, said: "This operation is really getting a grip of what's happening and who's responsible. These arrests build on the huge successes reported last week and our officers will continue doing everything possible to get on top of the dealing and exploitation that causes misery to so many."

Kim continued: "We need to come down hard on the individuals driving this serious violence. They seek out our vulnerable people to do their dirty work and take risks for their own selfish gains. The world of County Lines is a nasty one but we're closing in on it and there's good work happening to try and prevent this criminal activity and keep people safe."

Last week we proudly announced that our officers had been busy carrying out coordinated strikes, tactical vehicle stops and raids alongside teams from NERSOU and the NCA as part of the national clampdown - Operation Venetic.

Coordinated by the NCA, the activity had been months in the planning after European Law enforcement gained access to an encrypted means of criminal communication, allowing them to track devices and share information with police forces across the continent.

Since March, the North East has seen £1.5 million cash seized as well as 80kg of cocaine, amphetamine, MDMA and Ketamine and a range of cars seized. The arrest total now stands at 53.

If you see something suspicious, or have any information which can help in the fight against serious and organised crime, you can report it to us using the Tell us Something page on our website or by calling Crimestoppers anonymously on 0800 55 111.