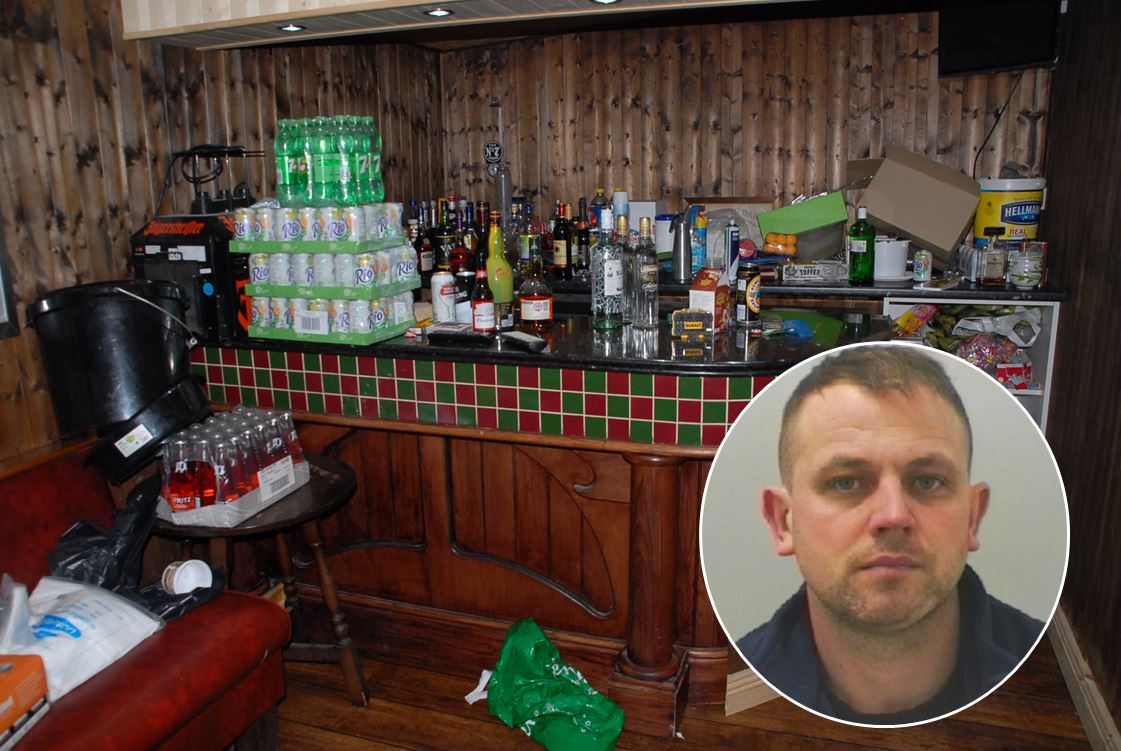 It is last orders for a money launderer who has been sentenced after he built a social club in his back garden.

Back in February 2017 officers from Northumbria Police executed a drugs warrant at Jamie Blake’s home address in North Shields.

They were expecting to find illegal substances but soon discovered Blake, 38, had made a purpose built unregulated social club in his back garden.

Furthermore, a total of thirteen unlicensed gambling and gaming machines were located and seized.

After emptying the gaming machines and finding a bundle of used notes stashed in a cooker hood in the kitchen of the property, police seized over £14,600 in cash, which was later accepted to be the criminal proceeds of the illegal gambling.

Blake was arrested and what followed was a full investigation by officers from Northumbria Police’s Economic Crime Unit.

Officers were able to access the bank accounts of Blake, where it was quickly established that he was funding an extravagant lifestyle with expensive furnishings for his home and numerous holidays abroad- all without showing any sign of employment.

It was established that Blake had four different bank and credit card accounts in his name and in excess of £107,000 in cash credits had been made in the previous three year period.

Detective Chief Inspector John Bensley of Northumbria Police said: “This was an excellent display of police work by officers and great example of the continued work under Operation Sentinel. It required a lot of intelligence gathering as well as evidence recovery and tactical policing, all across a long period of time in order to secure a conviction.

“Blake thought he had gotten away with his crimes and was living a life of luxury. Unfortunately for him our officers were hot on his trails.

“When questioned about the police findings, Blake chose to exercise his right to silence and refused to account for cash credits or expenditure.”

Blake was also ordered to carry out 210 hours of unpaid work and attend 15 days of rehabilitation activity.

DCI Bensley added: “Our officers worked tirelessly to bring Blake before the court and hopefully this sends a strong message to other potential offenders- we’ll use every tool at our disposal to ensure offenders face the consequences of their crimes.