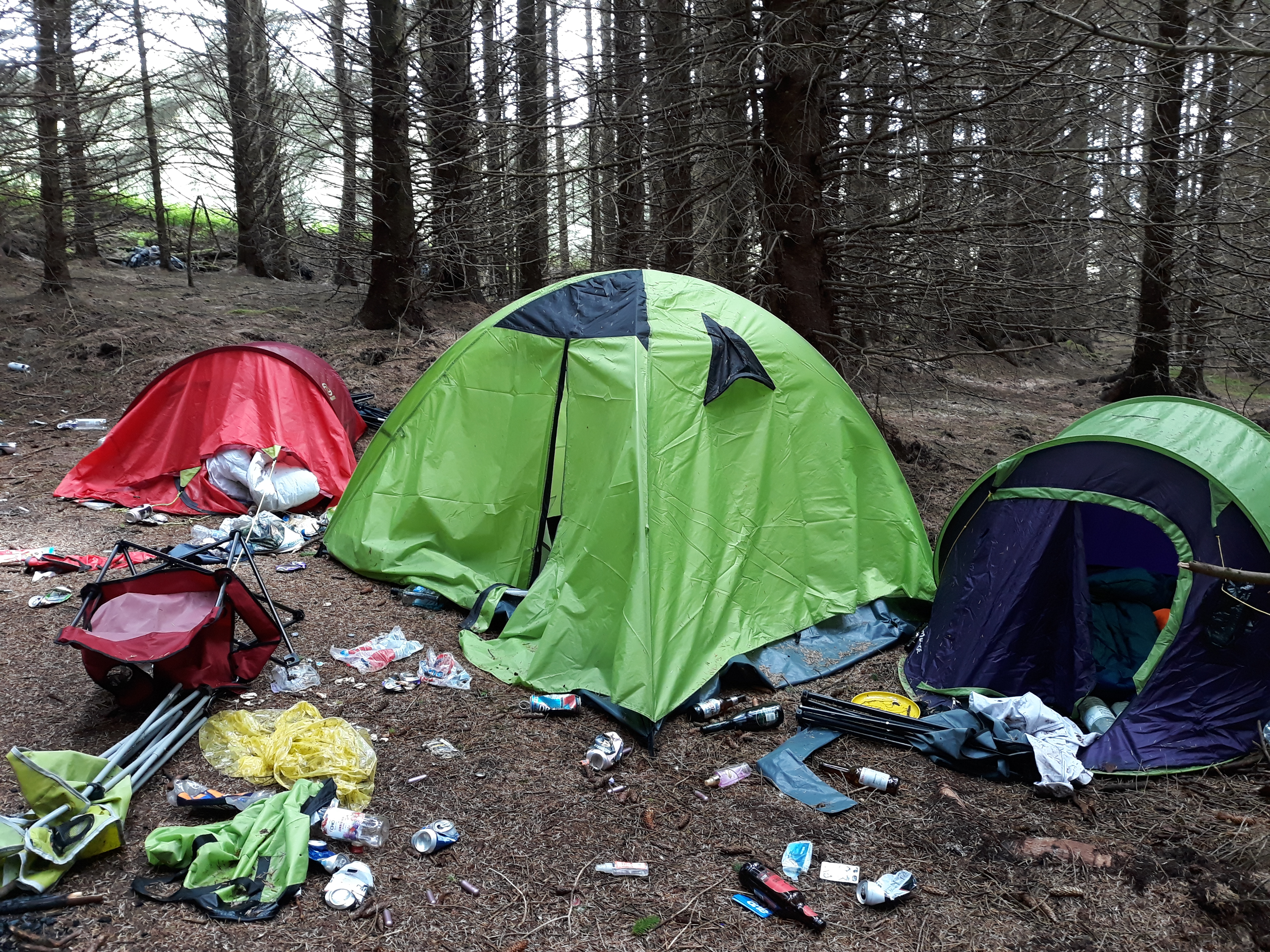 Partnership working has been back at its best after a joint response following reports of illegal campers and anti-social behaviour in Kielder.

Due to ongoing disorder and damage, Forestry England has temporarily closed wild camping at the four remote backpacking sites for the remainder of this year to ensure the protection of both land and wildlife.

Camping at established sites such as the Kielder Campsite is still allowed; this is so those visiting the area can be given proper advice and guidance when camping and also ensures the safety of the public and the local land.

However, reports are still coming in detailing a small minority of people ignoring restrictions and not only camping illegally but also damaging the surrounding area and leaving trails of litter and waste.

These also follow similar incidents where anti-social behaviour has been reported to police including excessive and underage drinking in rural communities and off-road motorbike disorder.

Neighbourhood Sergeant Kate Benson, of Northumbria Police, has warned of the response those found to be involved in any criminality can expect.

Sgt Benson said: "We have been working alongside Forestry England to tackle ongoing issues around anti-social behaviour.

“We have stepped up patrols in the area and have been carrying out positive roadside checks and if we find anyone camping illegally or taking part in any sort of disorder then they will be moved on or dealt with.

“Kielder is an incredibly beautiful place that is enjoyed by residents and tourists throughout the year and deserves to be treated with respect. It is not acceptable for individuals to behave in this way, destroying the environment and leaving rubbish littered throughout the forest.

“We are committed to working with our partners to clampdown on this kind of activity so we can preserve the local environment and continue to make it enjoyable for all."

“Last week we made the difficult decision to cease allowing camping at the four remote backpacking sites for the remainder of this year and yet we still had people set up camp in a protected area, which is a special site of scientific interest and a formal conservation designation for habitats.

“We want people to come and enjoy the Northumberland countryside and get outdoors, but in collaboration with land managers across the county we urge everyone to support rural campsites, such as Kielder Campsite, and contribute to the rural tourism economy.

“It is not acceptable to come into the countryside and leave mess for others to clean up, damage the forest and also as in some incidents, damage protected habitats or put additional strain on emergency services.

“We will continue to work closely with Northumbria Police in partnership and other agencies and land managers on these and other issues.”

Anyone wanting to report anti-social behaviour or illegal camping can do so via the ‘Tell Us Something’ page on the Northumbria Police website or by calling 101.