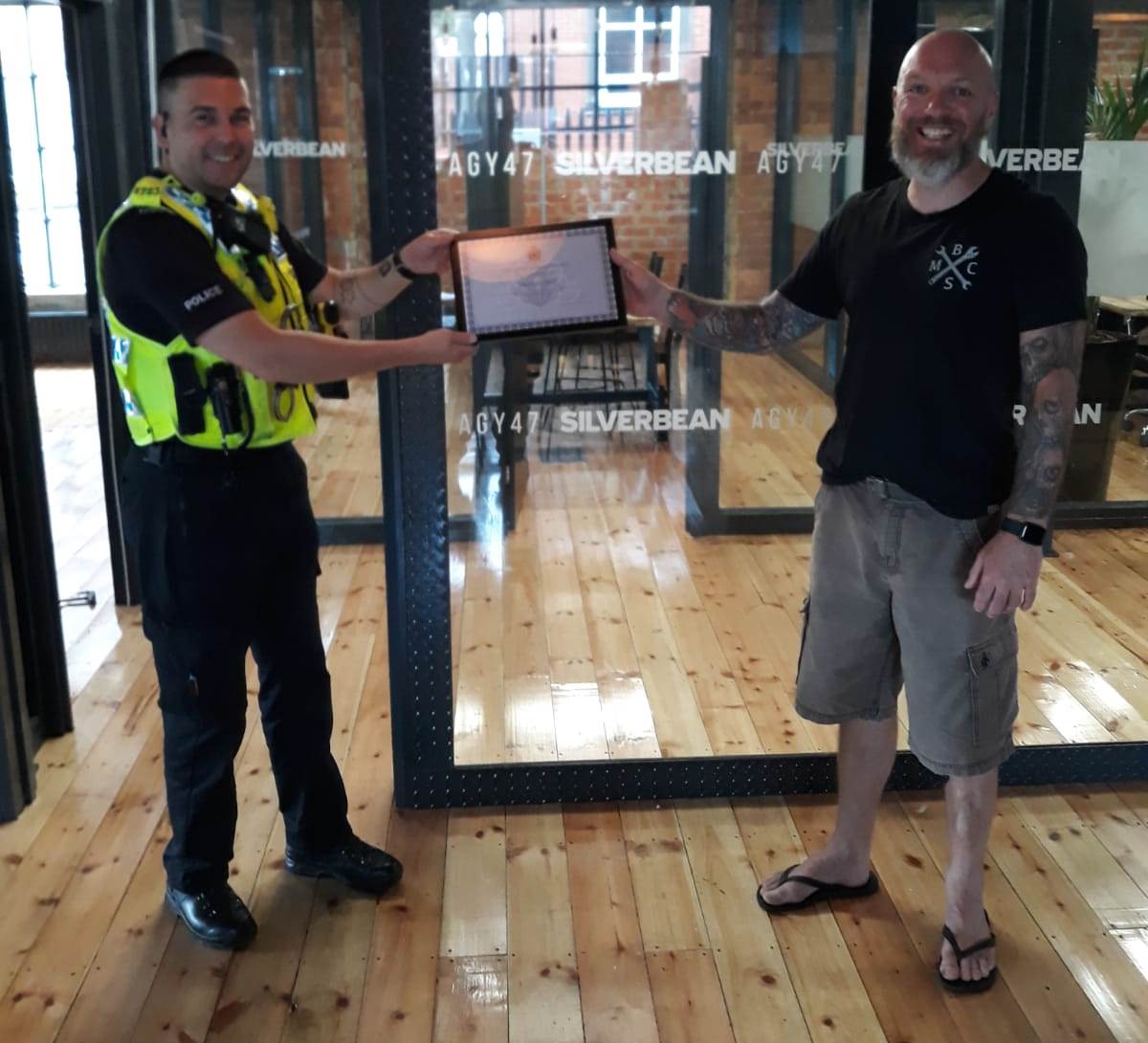 Police have praised the quick-thinking actions of two selfless men who rescued a vulnerable woman from the Tyne.

Damian Hall was taking his spaniel Eric for a walk along the Quayside just after 7pm on June 12 when he saw a woman who had fallen in the water near the Millennium Bridge.

Without hesitation, the 52-year-old from Seghill sprang to action, dropping around 30ft from the pavement on to a boat which had been docked on the Tyne. He then pulled the woman to safety with the help of another passer-by.

Damian said: “When I saw what happened, I knew I had to help. There was a ladder running down the dockside nearby but the top half had been boarded up and padlocked shut. So I just jumped - I still don’t know how I got down on to the boat.

“I didn’t know the other man, Victor his name was and he was only young, but he was a great help and stayed really calm. We managed to get the woman out of the water and she was really cold and distressed. Then she was taken away by the rescue boat - I really hope she is OK.”

PC Chris Baldwin was one of the officers called out the incident alongside paramedics after a concerned member of the public raised the alarm.

He offered his heartfelt thanks to the pedestrians for their speedy intervention.

“Sadly, the police are often the first point of contact for people experiencing a mental health crisis, PC Baldwin said.

“However, these two men were able to intervene before we arrived at the scene and their actions have ultimately helped save the life of a woman who was in a very vulnerable state and in great need of support.

“Thanks to them, she is now able to get access to the help and support she needs – they have made such a difference and I can’t thank them enough.”

Superintendent Karl Wilson also expressed his thanks and sent Damian a special commendation on behalf of the Force.

He added: “Everyday our officers are called to physically demanding situations and emotionally challenging incidents, and while these can take their toll and are not always easy for those involved, officers receive special training and support to be able to deal with them. However, this is very different for members of the public.

“This was clearly a very distressing incident but these brave men didn’t hesitate to get involved. They followed their instinct and thanks to them, a woman’s life was saved. They should be very proud of themselves. We’d love for Victor, or anyone who knows him, to get in touch so we can extend our thanks to him too.”

Anyone with concerns about mental health can search Northumberland Tyne and Wear Foundation Trust (NTW) Mental Health for help and advice.

If you or someone else has been harmed or is at immediate risk you should call 999 as you may require an emergency response.