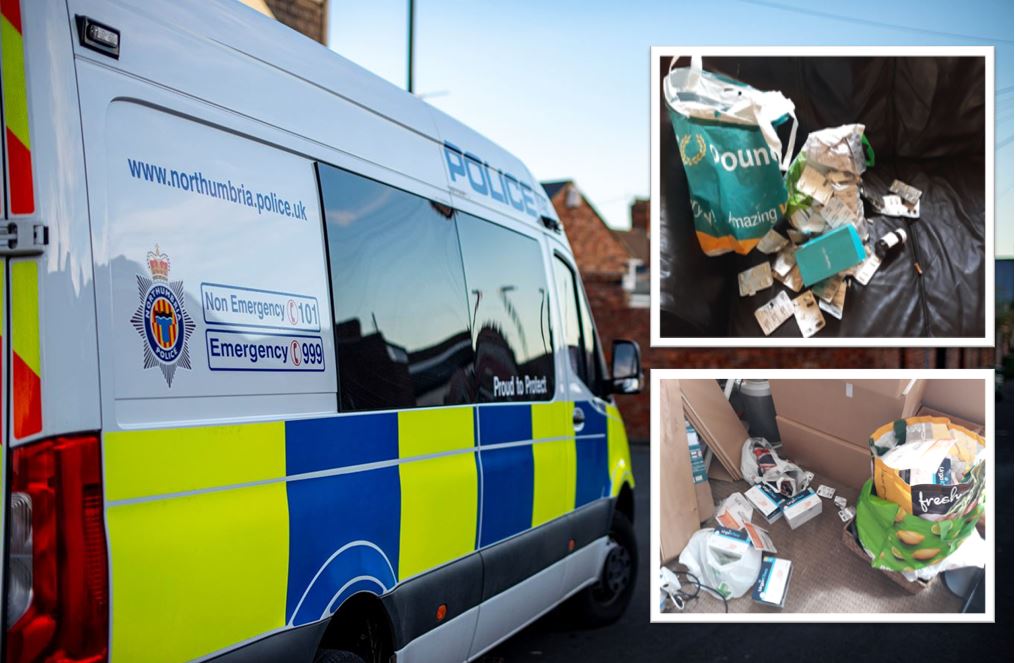 A suspected drug dealer has been arrested after officers raided a house and seized a significant stash of illicit drugs.

Officers executed a warrant at an address on Spohr Terrace in South Shields yesterday (Wednesday) after receiving intelligence from the local community about suspected criminality.

When inside, police searched every room and found a huge haul of drugs including Pregablin and Methadone, as well as various other prescription tablets that had been stashed throughout the house.

After suspecting that the drugs had been stockpiled in order to sell on, officers arrested a 37-year-old man on suspicion of possessing a controlled substance with the intent to supply.

He was taken into custody for questioning and has since been released under investigation.

Neighbourhood Sergeant Karl Peterson, who oversaw the raid, has now thanked the local community for their ongoing support and says proactive work will continue over the coming weeks to tackle drug misuse and supply.

“In our role, unfortunately we often see the devastating effects that drug misuse can have for some of the most vulnerable members of our society, their families and the community as a whole,” Sgt Peterson said.

“That’s why we are dedicated to taking proactive action in our neighbourhoods to detect and disrupt this type of criminal activity.

“That work will continue to happen under the banner of Operation Sentinel, and we make no apology for our tough stance on illicit substances. Criminal gangs often use the money earned through selling drugs of this kind in order to fund other types of criminality.

“I would like to thank the community for flagging their concerns to us – that allowed us to execute this warrant and ultimately take these drugs off our streets.”

Anyone who suspects criminality or drug supply in their area is asked to call police on 101 or get in touch via the ‘Tell Us Something’ page on our website. Alternatively, you can contact independent charity Crimestoppers anonymously on 0800 555 111.