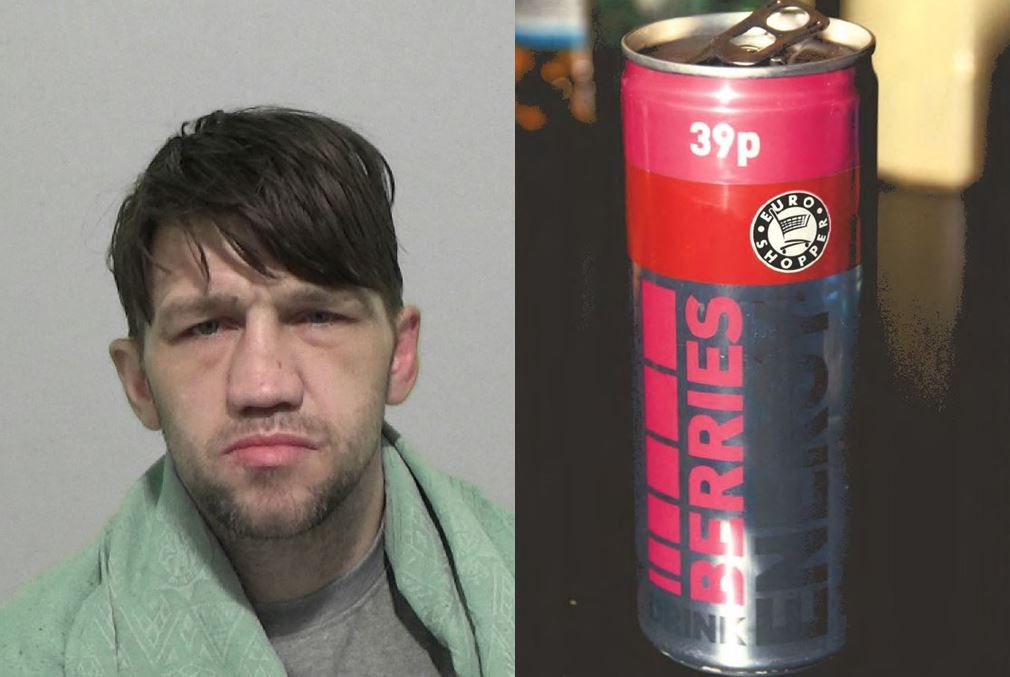 Lee Cowell, 37, admitted burglary after forensic analysis linked him to the discarded can

A thirsty burglar gulped a stolen energy drink after raiding a family home – but inadvertently left the empty can at his own crime scene.

Lee Cowell, 37, broke into an address on The Leazes, Sunderland, in the early hours of January 31 as the occupant and her children were sleeping upstairs.

After hearing banging coming from the kitchen, the victim went downstairs to find her laptop had been stolen – before spotting a hooded man fleeing over her garden wall.

But Cowell left a little more than he had hoped inside the property – after forgetting to take the 39p berry-flavoured drink that he had stolen from the fridge with him.

The burglar’s greed proved to be his downfall as police gratefully seized the can and passed it on to the Force’s Scientific Support Unit to carry out forensic tests.

And unsurprisingly the can came back as a forensic match to Cowell, of Collingwood Court, Washington, who was subsequently arrested and charged with burglary.

On Thursday (July 9), he admitted the offence at Newcastle Crown Court and was subsequently handed a two-year sentence suspended for two years as well as a night-time curfew.

Detective Constable Louise Edwards, of Northumbria Police, said: “Lee Cowell is an opportunistic burglar who targeted a family home as the occupants were fast asleep upstairs.

“This kind of behaviour is absolutely appalling – your home is meant to be a safe haven, but he flouted the law and helped himself to somebody else’s belongings for purely selfish gains.

“After waking the victim, Cowell tried to make a quick getaway – but his haste proved costly after he left an energy drink that he had stolen on the kitchen bench. That allowed our fantastic forensic experts to prove his guilt and ensure he had his day in court.

“Burglary is an incredibly intrusive crime and we have a dedicated team of detectives based at Southwick Police Station who are tasked with reviewing every raid across Sunderland and South Tyneside, identifying offenders and bringing them to justice.

“We will continue to do all we can to convict burglars and thieves. In return, we would ask the public to always remember to lock your doors and windows, and keep valuables out of sight.

“It may only take a moment, but might be the difference in thwarting opportunistic burglars who go door-to-door looking for an easy win.”

In a statement issued for court, Cowell’s victim stressed the potential long-term impact that his actions will have on her life.

“I do not understand why someone would target my house,” she said. "I hope the person responsible is punished.”