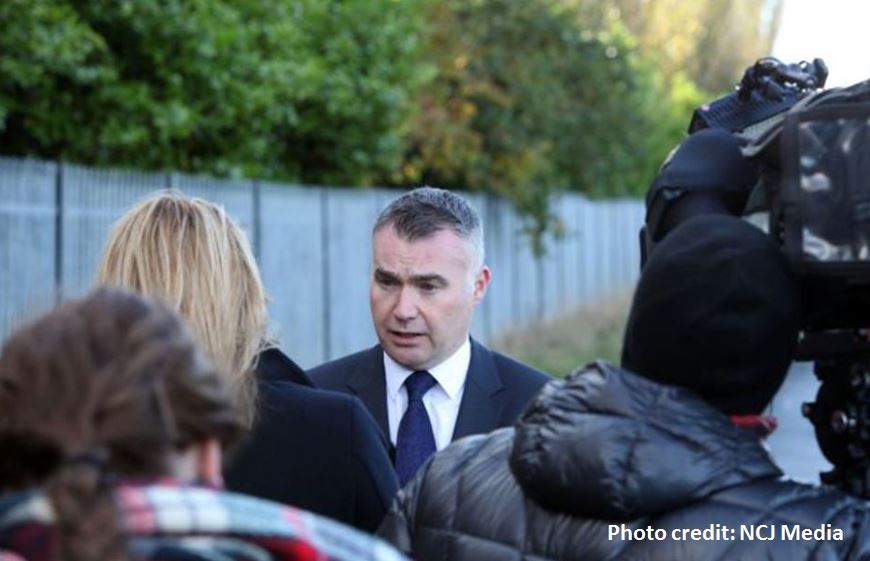 He’s worked on more than 200 major investigations, conducted an operation in the middle of Glastonbury and even had to address a commune of elders holding a wooden spoon.

But – for one of our most dedicated detectives – the biggest challenge is what follows his remarkable 29 years with the Force.

And it all began back in 1991, when an eager Andy first joined up after completing a three-year stint as an RAF policeman in Northern Ireland.

Little did he know one of his first roles as a PC based in Blyth would involve being on the front-line of the serious disorder in the Meadow Well in North Shields.

Almost a decade later, Andy left Blyth with four years of community policing and five years of CID experience under his belt, and jumped into the world of reactive policing in Newcastle city centre,  before the then Detective Sergeant applied for a role in the Homicide Team – a move which allowed him to achieve his dream job.

He said: “I’ve done miles more than I ever thought I would – you really never do get two days the same in policing and that’s not something which the majority of jobs can offer you.

“I’ve been really fortunate to work with some great people and I’ve always thought that investigations are a team effort. Everyone has to get it right as without one of the cogs turning we can’t function properly – we need to work together to make sure our contribution is the best it can be.”

And contribute he did – over the years Andy has worked on more than 200 major investigations – from overseeing the viewing of thousands of hours of CCTV to help convict those responsible for the Newcastle city centre football disorder in 2013, to putting some of the region’s most horrific murderers behind bars.

He even traced a high-risk missing family across the country in an operation which took him to an off-grid commune where he was only allowed to speak while holding a wooden spoon – before the enquiry took another bizarre twist, throwing Andy into the throngs of Glastonbury festival on a baking hot summer’s day to speak with a potential witness, who was dressed as Marie Antoinette.

“Like I said, every single day as a detective is different and you will always be challenged,” he added.

“As a Senior Investigating Officer, I’ve investigated some high profile murder cases for victims such as Lee Irving, Eric and Carol Ruddy, Jimmy Prout and Darren Bonner and have been successful in putting some very dangerous individuals behind bars.

“You see and hear some horrendous things during cases like these but you must never lose sight of the victims and their loved ones – you have to have your best day at work for them, that’s what they deserve.

“I’ve worked on so many major jobs – they’ve defined my whole career. I met my wife, who is also an officer, while working on a major investigation; I was in court when I took the call to say my twin daughters were on their way – my whole career, and life, has been framed by them.

“And from working as the Force lead for interviewing – I’ve helped train the majority of our senior detectives, delivering the three-week Detective Inspector course and four-week SIO course –  so hopefully my skills and experience can help frame other careers.”

Andy finished his career in the Force Intelligence Bureau (FIB) leading them through the challenges of Covid-19 – a fitting finale to almost 30 years of service in Northumbria police.