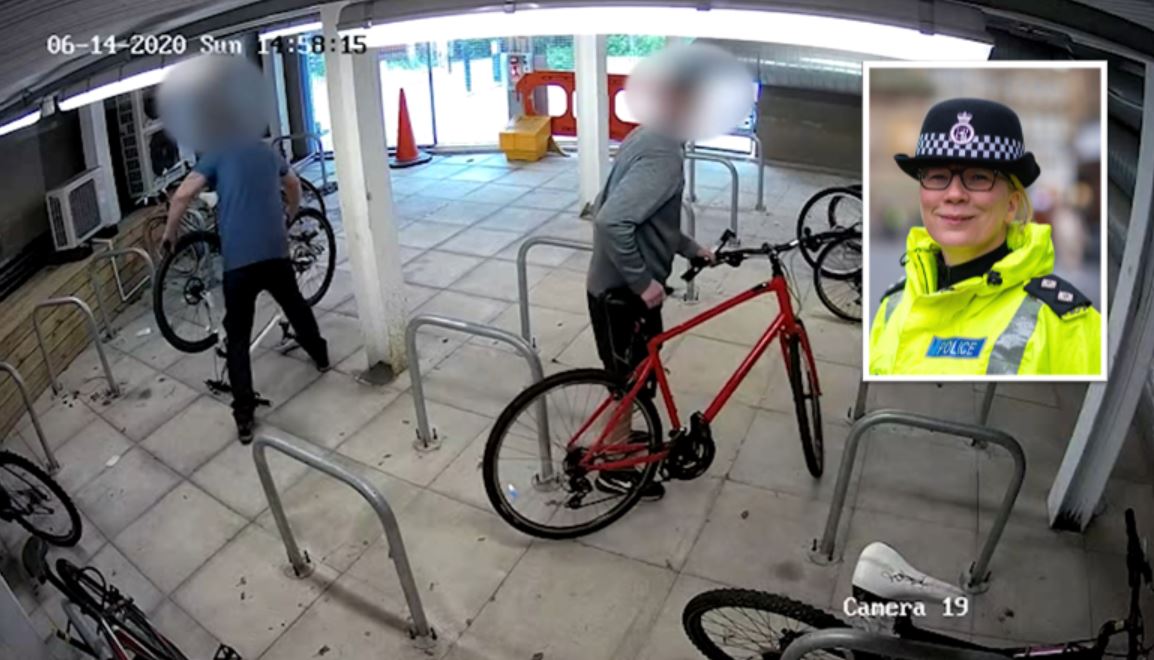 Twelve suspected thieves have been snared by police after they launched a sting operation to prevent hospital staff having their bicycles stolen during the Coronavirus pandemic.

Northumbria Police were left shocked when they recorded a significant spike in the number of reports of NHS staff working at Newcastle's Royal Victoria Infirmary (RVI) being targeted by thieves.

It is believed that the lack of public transport had led to more staff taking to two wheels for their daily commute and those additional bicycles had attracted more criminals to the area.

A number of public appeals were made to help locate property taken from doctors, nurses and hospital staff who have been putting their lives at risk to save lives in recent months.

That led to some kind-hearted members of the community donating bicycles to victims - while officers stepped up their patrols and made a string of arrests.

But suspecting that many of the offences were committed by the same people, officers at the Newcastle City Centre Neighbourhood Policing Team decided to use more covert tactics.

They launched Operation Monty that saw them plant a bicycle in an area frequented by the thieves - and monitor it in plain clothes until one of the suspects took the bait.

It has been ran multiple times in the last two months and now the team have revealed that 12 people were arrested off the back of patrol activity and the sting operation.

Neighbourhood Inspector Karen Madge oversaw the work of Operation Monty and says it was the least they could do to safeguard the NHS heroes as they battle to save lives.

"Our doctors, nurses and hospital workers have been doing an incredible job during the Coronavirus pandemic and have put themselves at risk to save the lives of others," she said.

"Our team has taken immense pride in attending the RVI on Thursday evenings to applaud their efforts and to say thank you for everything they have done during the pandemic.

"It has been absolutely appalling to see these NHS heroes targeted by thieves and we have been putting measures in place to prevent this from happening and to safeguard their property.

"One of those measures was Operation Monty and I am delighted that this sting operation has been such a massive success, securing property and bringing suspects in to custody.

"In fact, it has been so successful that we have expanded the operation to other areas of the city after a reduction in the number of reported thefts at the RVI.

"This planted bicycle could be anywhere at any time and that means our plain-clothed officers aren't far away either - that should be a huge deterrent to those committing thefts in the city.

"I hope this activity reassures residents, workers and visitors in the city that their neighbourhood policing team are doing everything they can to stamp out crime in our community."

Northumbria Police and Crime Commissioner, Kim McGuinness, said: “Hearing about the thefts of bikes from hospital workers was just sickening. Times may be hard but it’s also hard to believe anyone, never mind 12 individuals, could be caught doing this.

“It’s appalling at any time but especially so at a time when our NHS workers have been working round-the-clock to see us through this pandemic. This operation has shown we won’t stand for this, and rightly so.”

A 44-year-old man arrested has already been handed a six week prison sentence by magistrates in South Tyneside after targeting a bicycle at the RVI at the end of May.

A further nine of those arrested have also been charged with offences linked to the theft of bicycles and will appear at court in due course.

A 16-year-old boy arrested for theft of a bicycle has been referred to the Youth Offending Team, while one of those arrested has been released under investigation pending further enquiries.

Police have also released an image of a bicycle they seized that they suspect has been stolen that they want to reunite with its rightful owner. If the bicycle is yours then please email 3167@northumbria.pnn.police.uk.

Anyone with information about a suspected thief, or a crime that has taken place in your community, can report it on the 'Tell Us Something' pages of the Northumbria Police website.

You can also call police on 101 or contact independent charity Crimestoppers anonymously on 0800 555 111.