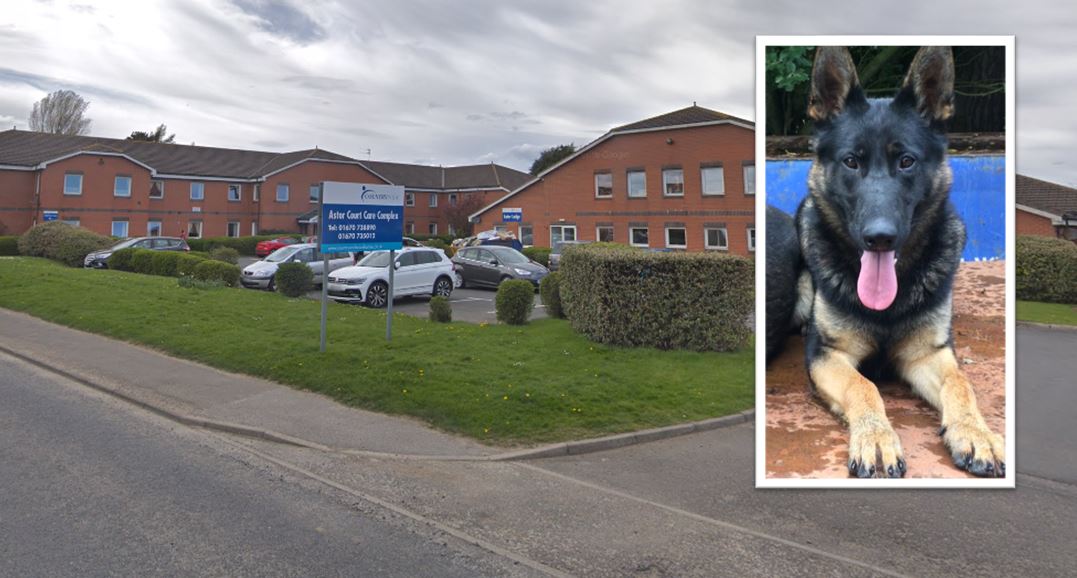 Two suspected thieves have been arrested after a care home raid – thanks to teamwork between officers and a police dog.

At about 2.40am today (Friday) police received a report from staff at Astor Lodge Care Home in Cramlington about intruders at the premises.

They reported that a man was forcing entry to a shed in the garden that contained food for their vulnerable residents.

The five-year-old pooch barked and began to search the area, at which point two suspects came out of hiding and ran straight into the waiting response officers.

PC Hankin and Oakley then carried out a search of the area and found a haul of suspected stolen property hidden in some bushes.

Now a top cop at Northumbria Police has praised the work of area command officers, PC Hankin and PD Oakley.

Chief Inspector Sam Rennison, of the Force’s Operations Department, said: “It is despicable that thieves would target a care home, particularly during the current climate.

“Lockdown has been a very difficult time for many residents and staff, with restrictions still in place around visits to the premises.

“For them to be targeted by thieves is very distressing and I am glad that our officers were able to get to the scene so quickly.

“The swift response has enabled us to deploy PD Oakley and his presence has spooked the suspects – sending them straight into the arms of our grateful response officers.

“It was a great bit of teamwork by everyone involved and I’m hoping the officers, and Oakley, are enjoying a day off in the sun today.

“I hope our response has reassured staff, residents and their families and we will be working hard to ensure those responsible are brought before the courts.”

Anyone who wants to report suspicious activity can do so online at the Northumbria Police website or call 101.

In an emergency, or if a crime is in action, then you should dial 999.