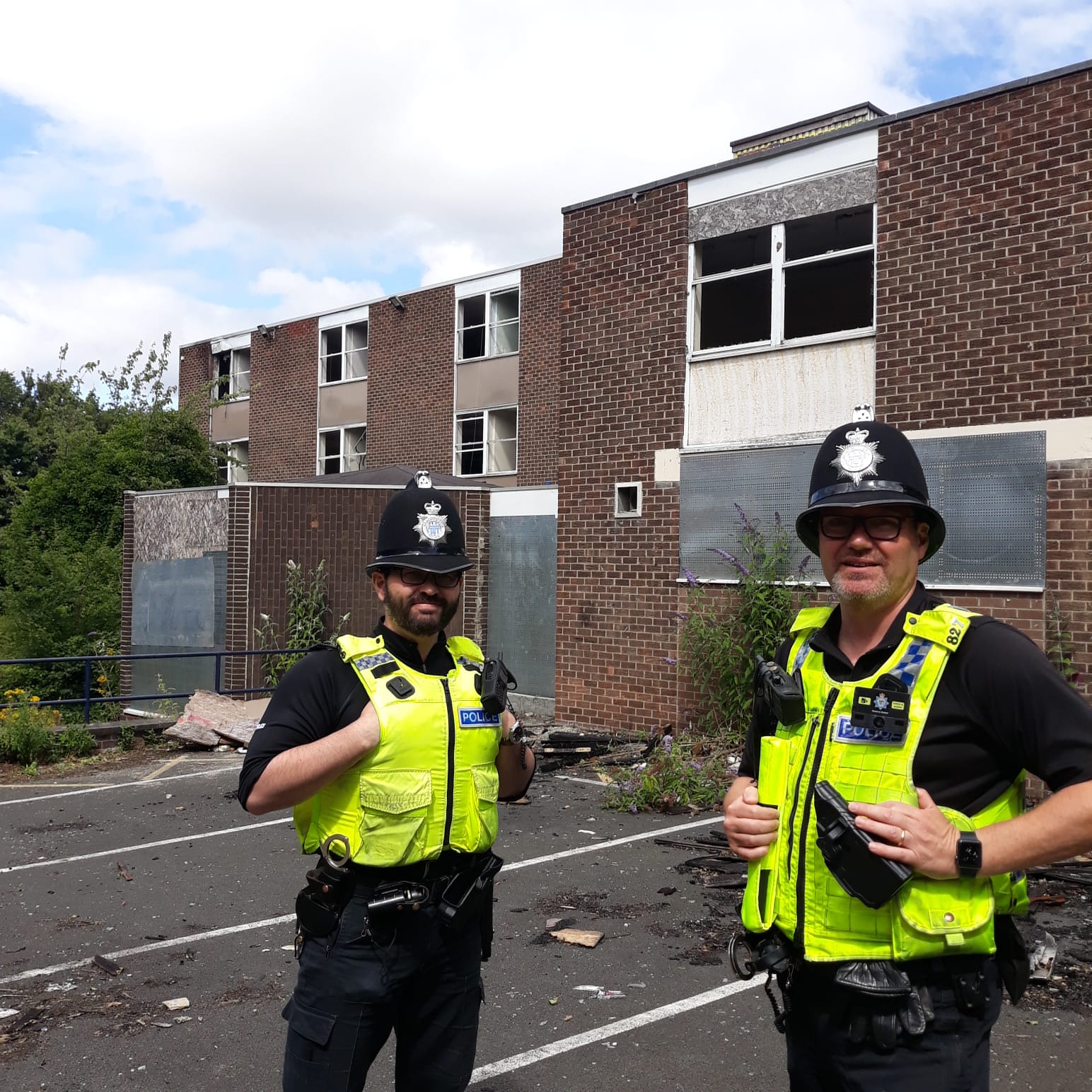 Teenage troublemakers have been warned they are risking their lives by trespassing on the site of a former police station.

It follows a spate of incidents at the former Farringdon Police Station in the city that has seen groups of teenagers breaking into the derelict building.

The privately-owned site currently sits vacant, but in recent weeks police and fire crews have been made aware of groups congregating there - with some being involved in anti-social behaviour and starting fires inside.

Officers have now moved to warn the public of the potential dangers of trespassing on the site, with the building currently unsafe and containing suspected asbestos.

Neighbourhood Inspector Marie Pollock says uniformed and plain-clothed officers will be carrying out regular patrols in the area to deter intruders – and anybody found trespassing also faces being arrested.

“People intruding on the site of derelict buildings is not anything new but does cause us a huge amount of concern,” Insp Pollock said.

“These buildings are closed to the public for a reason, and this particular site in its current state is unsafe. It may also contain hazardous materials that can have serious health consequences for anybody exposed to them.

“Those who do force entry to this building could be putting themselves at risk – so we are urging people to stop. A lot of work is going on behind-the-scenes with the owner and our partners to ensure the site is made safe.

“Our message is simple – trespassing on this site is illegal and anybody found on the premises faces possible arrest and being put before the courts.

“We would ask parents to make sure they speak to their children about these risks so they can keep themselves out of trouble, and if you see anybody on the site, please pick up the phone and give us a call immediately.”

Over the last 12 months, Northumbria Police have recorded 15 incidents of trespassing at the former station - with the fire service also having regularly been called to attend incidents at the site.

The owner has taken various measures in order to prevent youths from gaining access, including putting metal shutters on windows, while officers and fire crews have previously given advice to those found to be congregating at the premises.

However, that advice has not been heeded and the number of incidents reported at the site has continued to rise – taking up crucial emergency service resources.

Richie Rickaby Area Manager for Community Safety at Tyne and Wear Fire and Rescue Service said: “Over the last few weeks we have been called out to several fires at the former Farringdon police station site, one of which had firefighters tackling a blaze for two hours.

“After numerous fires, fly tipping and extensive damage throughout the site, this building is extremely dangerous and is certainly not a playground.

“Setting fires might seem like harmless fun but things can easily get out of hand, it is both extremely dangerous and reckless – simply put, you are risking your lives and firefighters’ lives.

“Deliberate fires present huge risks to not only the perpetrators, who cause damage to the building and the environment, but also the firefighters and other emergency services who respond.

“Due to the scale of the building and reports of homeless people seeking refuge in and near the site, we treat call outs as ‘persons reported’, which means a minimum of three fire appliances attend and therefore aren’t available for other fires or emergencies.

“We are working proactively with Northumbria Police, the local authority and the building owner on how to address the trespassing, deliberate fire setting and anti-social behaviour issues at this site.

“With the summer holidays only just beginning we would encourage parents to speak to their children about the risks of deliberate fires. We would ask anyone who has any information about this or any other deliberate fires in your area, to please contact Firestoppers anonymously on 0800 169 5558 or use firestoppersreport.co.uk.”

Anyone who sees intruders in the building are asked to call police on 101. Anybody who knows the identity of those involved are asked to contact us via the ‘Tell Us Something’ page of our website or by ringing 101.