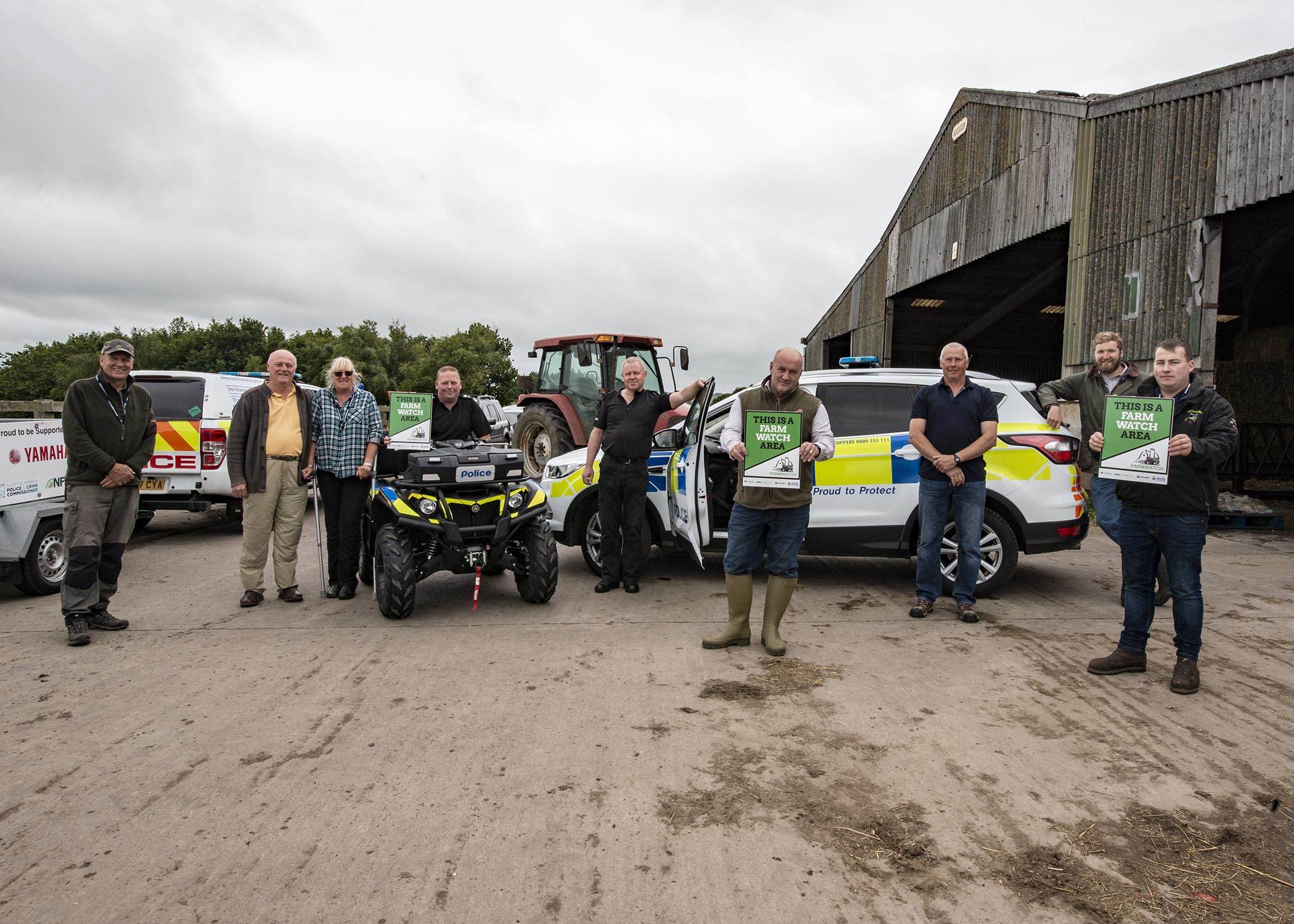 “They have quickly become a big part of tackling rural crime” - Police are once again praising the role of Rural Crime Volunteers as their work goes from strength to strength.

Chief Officers and Northumbria Police and Crime Commissioner, Kim McGuinness, are praising the fantastic contributions of our Rural Crime Volunteers after months of hard work and successes since they were sworn in.

A total of 31 Rural Crime Volunteers have now been officially sworn in as part of the Northumbria Police family since the initiative was launched last November.

The volunteers are currently working across Northumberland with our officers and other partner agencies to help prevent and disrupt local and cross-border criminal activity in rural communities.

Chief Superintendent Janice Hutton, one of the officers responsible for a large rural area in Northumbria Police, has praised the professionalism and proactive attitude of the volunteers.

Chief Supt Hutton said: “The volunteers work has been fantastic. They have really embraced the role and helped feed through intelligence and disrupt organised crime alongside our officers and staff.

“Their professionalism and dedication is amazing to see and we can’t thank them enough for their support.”

The volunteers have been involved in a number of large scale police operations which have targeted suspects, tackled off-road disorder, drug supply, anti-social behaviour and organised criminality in rural areas.

Chief Supt Hutton added: “We already have some more training booked in August for new volunteers who are eager to join the team and start supporting communities.

“The volunteers have quickly become part of our police family and a big part of tackling rural crime.”

While a Rural Crime Volunteer does not have powers to arrest they do have access to police equipment and information, such as having access to radio channels to share intelligence during operations.

Northumbria Police and Crime Commissioner, Kim McGuinness, has also thanked the volunteers and hopes their fantastic support will continue to help support communities and disrupt crime.

Kim said: “There’s a wonderful community of volunteers in Northumberland, all pitching in to help the work of our officers. I’m always pleased to hear how the scheme is growing and building on its own success. I know that crime can be under-reported in our remote areas but we absolutely can’t let those responsible get away with it. With such a vast, largely isolated landscape, every bit of intelligence gathered and every report of suspicious activity can make a difference, and it does.

“I hope initiatives like this reassure local people that Northumbria Police takes crime seriously, wherever it may happen. Every single volunteer that we have on board is a real asset. I just want to thank them for all they do helping to keep our neighbourhoods safe and I hope to join them on another crackdown operation very soon.”

You can find out more information about the Rural Crime Volunteers and how to get involved by visiting the Northumbria Police website here: https://beta.northumbria.police.uk/advice-and-info/protecting-your-home-and-your-possessions/rural-crime/

There is also advice on crime prevention and more around rural crime and how Northumbria Police and partners are tackling it.