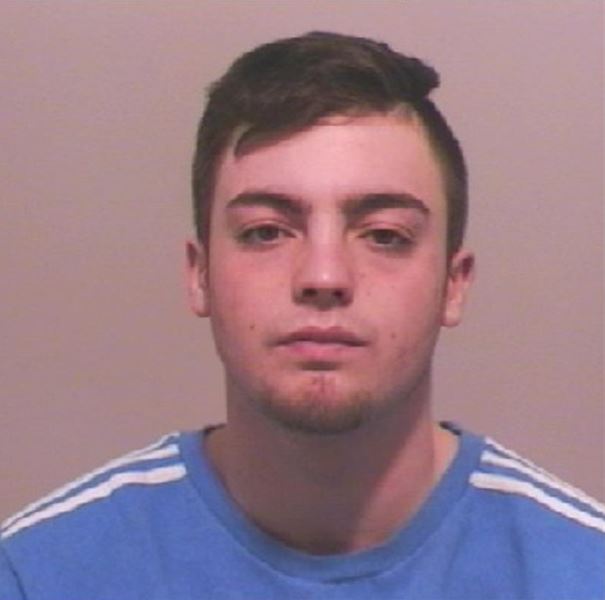 Keaton Cooper, 21, rang police shortly after carrying out the incidents to admit he was responsible

An armed raider who attempted to carry out two knife-point robberies during the first week of lockdown has been jailed.

Keaton Cooper, 21, has been handed a five-year custodial term after targeting Grangetown Post Office and the Premier store on Villette Road, Sunderland, within half an hour of each other on March 30.

Armed with a machete and wearing a scarf to try and conceal his identity, Cooper left staff terrified as he attempted to steal £350 from the post office – but left empty-handed.

Then just before 8am, he entered the Premier Shop and approached the counter, but again left after he was confronted by a shop worker.

An investigation was launched to identify the offender, and two hours after the incidents, Cooper rang police and admitted he was responsible. He was subsequently arrested on Ryhope Road.

Cooper, of Trevarren Drive, Sunderland, was later charged and pleaded guilty to two counts of attempted robbery, possessing an offensive weapon and possessing a quantity of cannabis when he appeared at Newcastle Crown Court on April 28.

Yesterday (Thursday) he was back at the same court as a judge sentenced him to five years behind bars.

Detective Inspector Sean Mcguigan, of Northumbria Police, said: “There is absolutely no place for this kind of behaviour in our community and Keaton Cooper should be ashamed by his actions.

“He showed a total disregard for the law and the welfare of others as he walked into two businesses armed with a machete and threatened staff for purely selfish gains.

“Thankfully, nobody was injured in either incident and Cooper left empty-handed, but his frightening behaviour could have caused long-term effects for his victims.

“It is particularly disappointing that, at a time when the majority of people across Northumbria are pulling together and showing the spirit that the North-East is famed for, Cooper carried out these crimes and threatened staff members who are working hard to provide for our communities.

“I am pleased that the severity of his crimes have been reflected in this sentence and hope he uses this time behind bars to think carefully about the consequences of his actions.”

In a statement provided to police, the victim who was was threatened by Cooper in the post office said he felt he had a “lucky escape”.

“When I saw the weapon I feared for my safety and believed I was going to be stabbed,” he said.

“Since I have had time to think about this incident, I feel like I have had a lucky escape. I don’t come to work and expect to be threatened.”