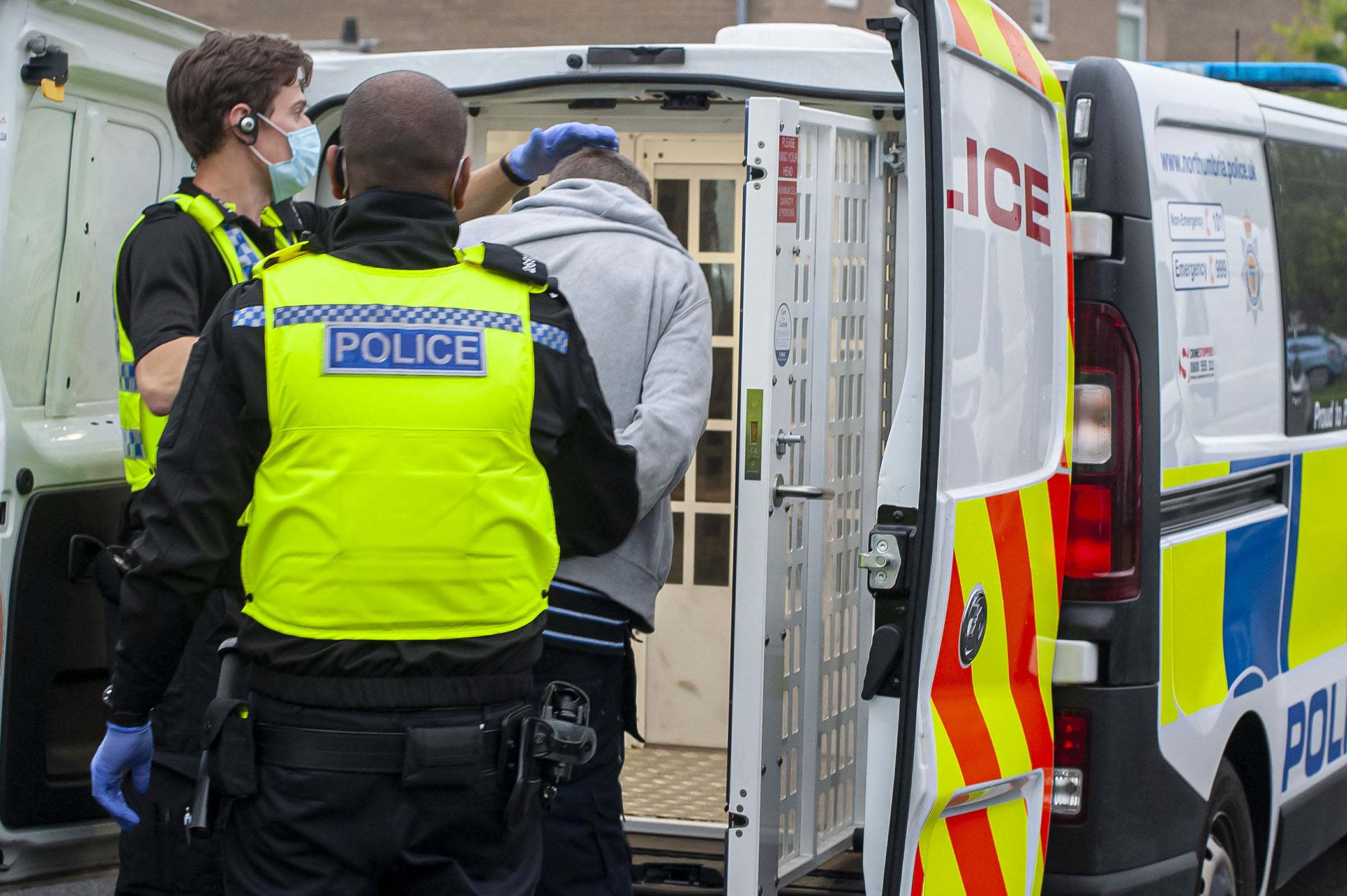 Dawn arrests have been made across Newcastle and Gateshead in connection with violent disorder witnessed at the weekend.

Officers from Northumbria Police today (Thursday) made five more arrests following the unacceptable behaviour from a small number of people during protest activity in Newcastle on Saturday.

The lead officer for the investigation says further action is on its way.

Assistant Chief Constable Scott Hall said: “The violent disorder we saw on Saturday was completely unacceptable and will not be tolerated.

“We have made it abundantly clear that anyone found to have been involved will be brought to justice.

“Since the weekend, a dedicated team have been working to identify those believed to have been involved, which has today resulted in a number of suspects being arrested.

“However, this activity is still very much ongoing – and we expect to be making more arrests in the very near future.

“My message to anyone who was involved in the disorder is a simple one – come forward and hand yourself in to police.”

Assistant Chief Constable Hall added: “The right to lawful protest is a key part of any democracy which the police uphold and facilitate.

“However, we will not accept people using them as a means to commit crime. At any future protest we will have officers on the ground looking to identify anyone involved in last week’s disorder.”

On the day, 14 people were arrested, mainly on suspicion of public order related offences. They have since been released under investigation.

As part of the ongoing investigation – named Operation Travis – officers are trawling through hours of CCTV and bodyworn camera footage.

They are now also appealing for anyone who may have images or footage from the day to get in touch.

Assistant Chief Constable Hall said: “There is very little that goes on these days which isn’t captured on camera. I would urge anyone with footage or images of the disorder, or of those involved, to share this with us as it may prove vital in helping to identify those responsible.”

If you do have any footage or images, please share this through the UK Policing Major Incident Public Portal reporting site – visit www.mipp.police.uk and click on the Northumbria Police badge.

If you have any other information which may be of use to the investigation, please visit the ‘tell us something’ page on Northumbria Police’s website or call 101 quoting incident log 238 of June 13, 2020. Alternatively, information can also be passed, anonymously, via the independent charity Crimestoppers on 0800 555 111.