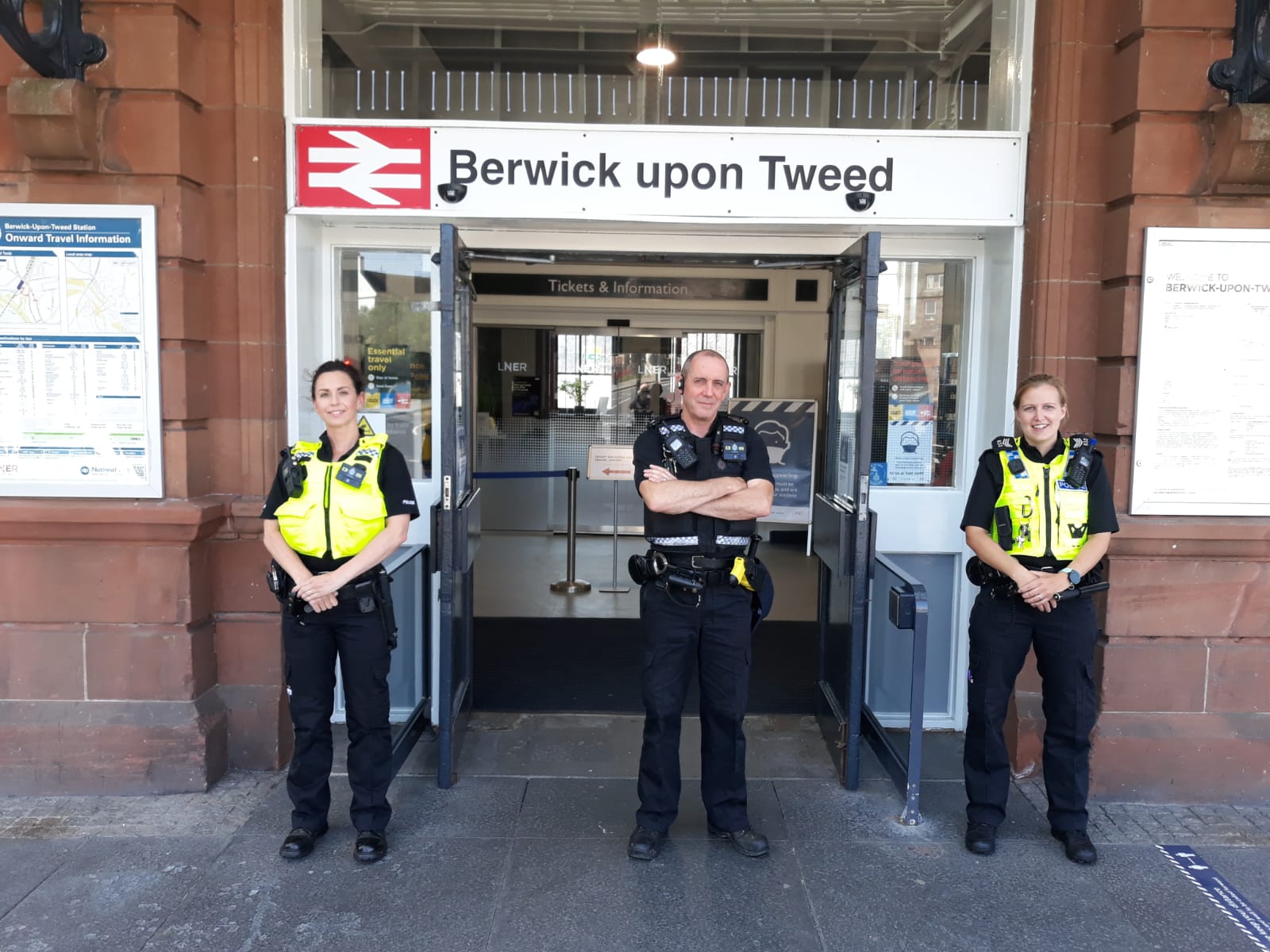 Officers from Northumbria Police have supported an operation led by the British Transport Police (BTP) tackling the transportation of controlled drugs to Berwick-upon-Tweed.

The operation, named Op Defiant, was led by British Transport Police who have jurisdiction over the rail networks and was the result of months of work following reports of criminal activity on the rail network and in and around Berwick.

The covert day of action ran last Wednesday (June 24), and saw officers from BTP and Northumbria Police join forces to carry out targeted patrols and tactics to disrupt organised crime and protect victims.

Police Sergeant Peter Wilcock, of the British Transport Police, said: “Our Taskforce has been operating since December, carrying out hundreds of County Lines operations across England, Wales and Scotland and often working alongside our counter parts in local forces.

“This operation alongside Northumbria Police was designed to target drug gangs using the rail network to transport drugs, and support and engage with the vulnerable children and adults these drug gangs often exploit.”

Neighbourhood Inspector John Swan, one of the leading officers from Northumbria Police, praised the local community for reporting concerns and commended the partnership working.

Insp Swan said: “This operation has been possible thanks to the strong relationship we have with the local Berwick community.

“I want to reassure residents that their concerns have been heard and we will continue to take action against those responsible for bringing drugs into our area.

“As shown during this operation, that action will be a holistic multi-agency approach that will act swiftly and robustly to ensure the safety of communities and that those suspected of criminality face the consequences of their actions.

“By continuing to work together with our partners we can use cross-partner intelligence and resources to disrupt, prevent and tackle crime.”

Anyone concerned about criminality in their area is encouraged to contact us on 101 or by using the ‘Tell Us Something’ page of the Northumbria Police website.

Alternatively you can contact independent charity Crimestoppers anonymously on 0800 555 111.