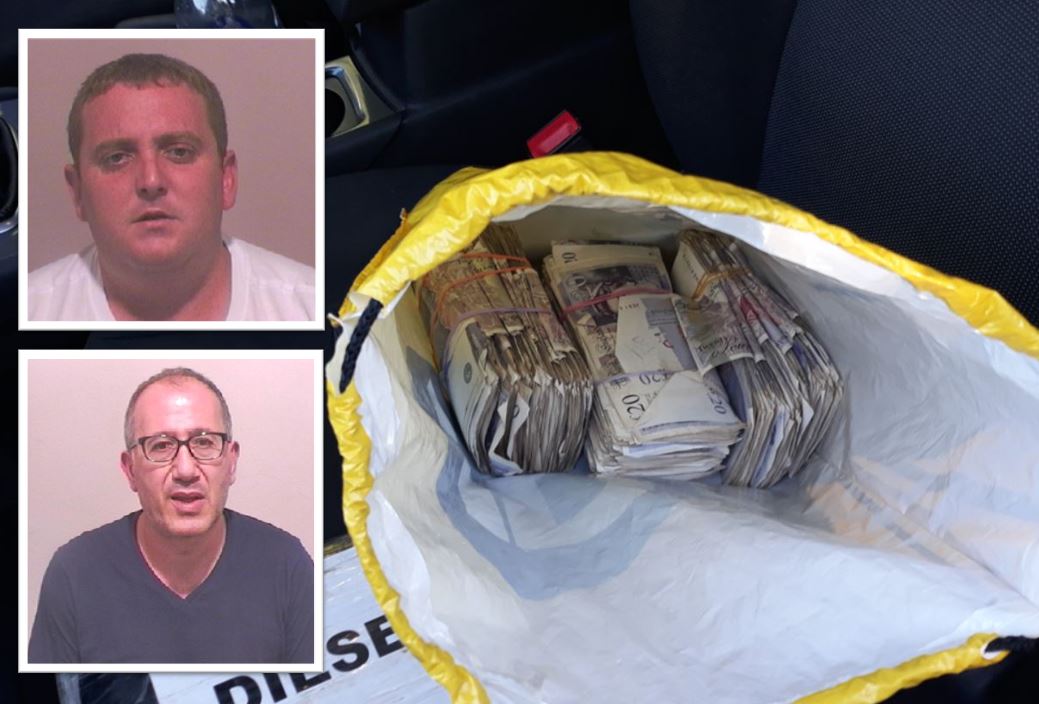 Two drug couriers who brought two kilos of cocaine to the North-East have been jailed after police stopped their car – and found bundles of cash and drugs inside.

Liam Scotton and Cuneyt Taskin were working for a Liverpool crime gang when they drove to South Tyneside on June 21 last year.

But their trip north did not go unnoticed as police pulled over the Ford Mondeo and discovered two parcels of cocaine worth a total of £32,000, as well as £26,000 in cash inside.

Scotton, of Waldgrave Road, Liverpool, and Taskin, of Liscard Road, Wirral, were swiftly arrested and the drugs and cash subsequently seized.

Both men admitted money laundering and possession of Class A drugs with intent to supply when they appeared at Newcastle Crown Court on Wednesday.

Scotton, 29, was jailed for six years and driver Taskin, 47, was sentenced to four years and nine months behind bars.

Detective Constable David Vincent, who investigated the case, said: “Scotton and Taskin were both couriers for an organised drug dealing operation based in Merseyside.

“They knowingly and willingly brought a significant quantity of cocaine to our area on the day in question – but certainly did not expect to be welcomed to the region by our officers.

“While Scotton and Taskin may have only been transporting the drugs for those higher up the supply chain, we make no apology for dealing with anybody who threatens the fabric of our communities swiftly and robustly.

“Sophisticated gangs like this often believe they are above the law and think they will never get caught. Our message is that we will pursue anybody involved in the illicit supply of drugs in the North-East and ultimately bring them to justice.

“We will continue to detect and disrupt serious and organised criminality under the banner of Operation Sentinel, and we hope these strong sentences send out a clear and strong message – nobody is above the law.”

The court heard the Mondeo was seen on the Fellgate estate in Jarrow before Scotton and Taskin began to leave the area and return south.

But after gathering intelligence on the vehicle’s movements, police pulled over the occupants near Testo’s roundabout – before finding the bundles of money and drugs inside the car.