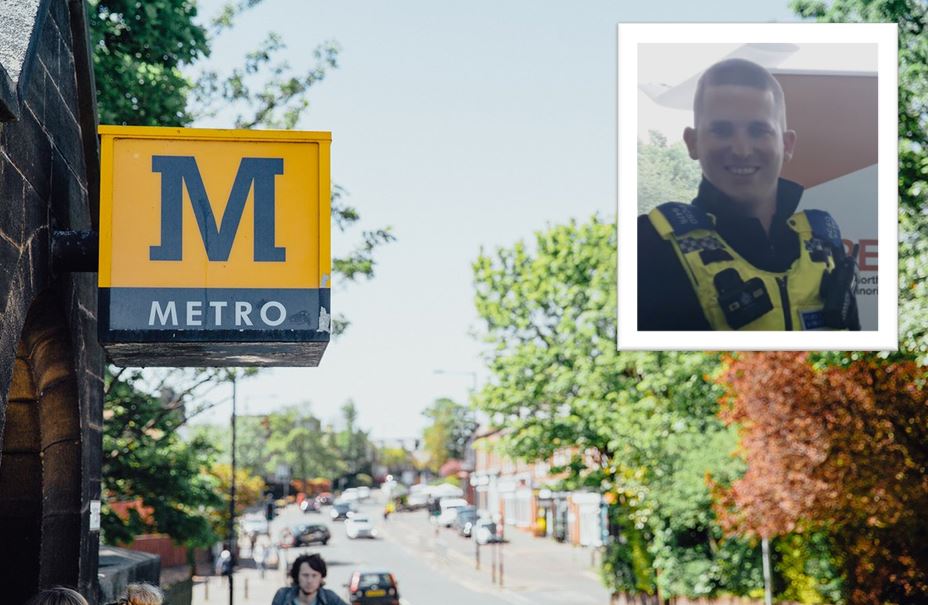 An eagle-eyed officer who sprung to action after recognising a suspect from a CCTV clip has been praised by a top cop for his quick-thinking actions.

PCSO Stu Payne had been investigating a brutal assault which left a male injured after he was attacked at Wallsend Metro station. The ordeal, which was caught on CCTV, showed the assailants – a male and a female – assaulting their victim before pinning him to the ground and stealing cash, medication and mobile phone.

An investigation was quickly launched into the attack and PCSO Payne was supplied with the footage to help him trace the pair. And while he was out patrolling the following day, he recognised the two familiar faces entering a property in Wallsend.

He quickly identified them as the suspects from the footage and arrested them. They have since been released while the investigation continues.

Ch Insp Charlton said: “This is a classic example of good old-fashioned police work and I’d like to thank PCSO Payne for his hard work and dedication to the job. His vigilance helped to detain two suspects who were caught on camera carrying out an unprovoked attack.

“This is just the latest in a long line of great police work. PCSO Payne really has amazing local knowledge and knows his beat like the back of his hand. Not only that, but he displays great engagement skills when working with the local youths and he’s always striving for the best – What an absolute asset to the Force.”