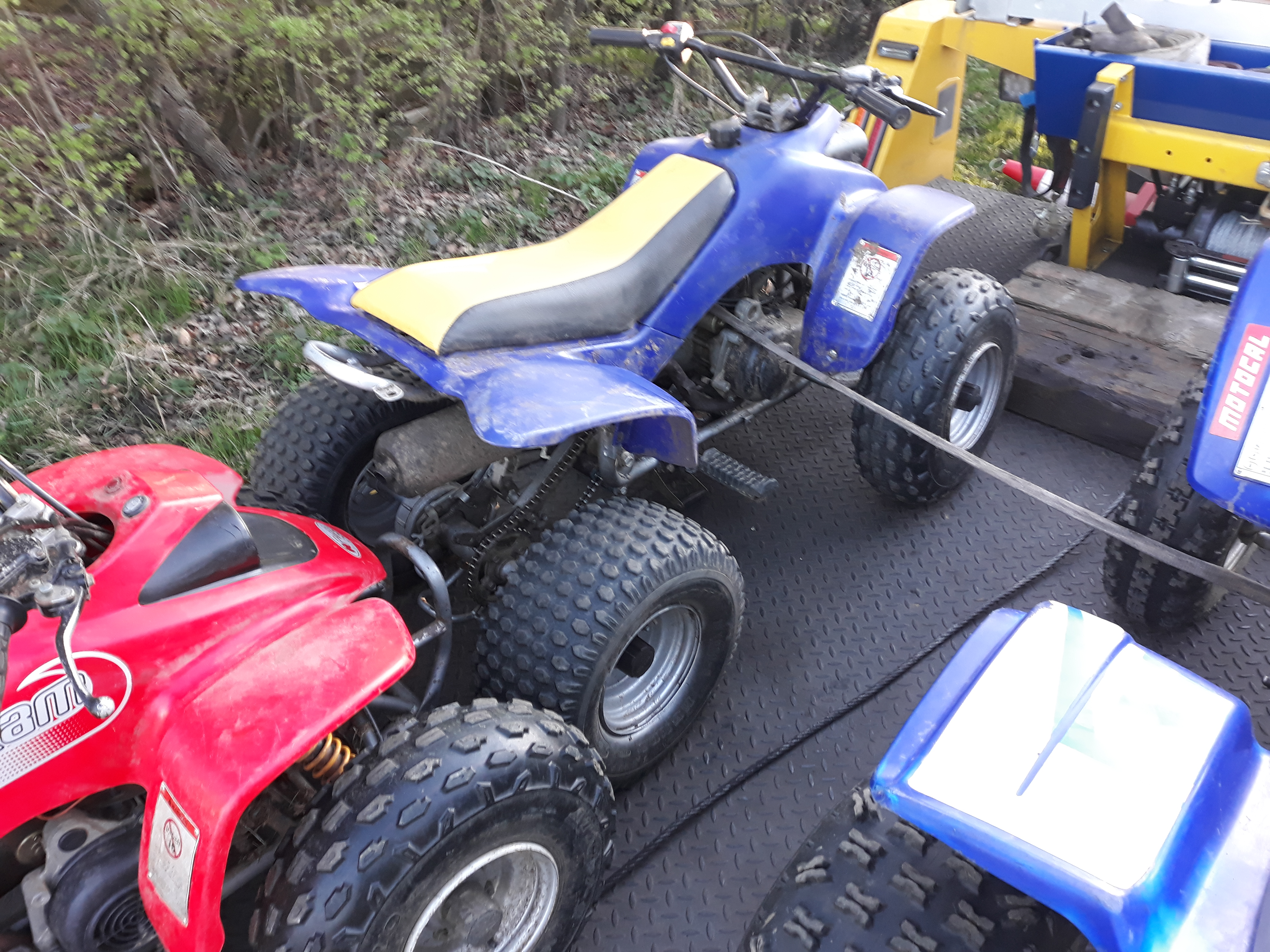 Reports of increasing motorcycle disorder across Cramlington, Ashington and Bedlington were causing concern for local officers and residents.

It was being reported that bikes were riding illegally on public land and pavements as well as some riders becoming aggressive when challenged by members of the public.

Neighbourhood officers began gathering intelligence, carrying out targeted patrols and conducting investigations to identify and target suspects and key areas involved in the disorder to tackle the growing issue.

Locally in Cramlington, officers have also recently seized a number of bikes in recent months after responding to community concerns and continue to proactively targeting suspects and disrupt disorder and any criminality in the area.

Officers in Northumberland have also seen the benefits of DNA tagging spray which is used as part of the tackling of motorcycle disorder and crime.

The water-based tagging spray can mark equipment, clothing or skin with a uniquely-coded, invisible dye that provides forensic evidence to link individuals or items to a specific crime.

Acting Cramlington Neighbourhood Inspector Jon Caisley has warned riders of the dangers of their actions and the consequences facing them.

He said: “Riding off road can not only be a danger to others but also the rider themselves; roads and paths aren’t surfaced for vehicles and uneven ground can easily - and quickly - cause a serious accident.

“There are also the legal repercussions for anyone found to be breaking the law when riding off road or contributing to anti-social behaviour.

“Our officers have heard the concerns of the communities we serve and have worked tirelessly to ensure this issue is tackled and that positive action is taken to identify any disorder and robustly deal with those found to be involved.

“Our message is simple but clear – anyone involved in motorcycle disorder or contributing to anti-social behaviour will face the consequences of their actions and be held responsible.”

Northumbria Police and Crime Commissioner, Kim McGuinness, said: "This is good, proactive policing. I've had people come to me worried about motorbike disorder so I hope the Force's response here will reassure local residents that officers are working really hard to put a stop to it.

"I don't want to see anyone hurt - whether it's the minority that's on the bikes causing the bother or innocent people, families, the vulnerable who are going about their business and have a right to feel safe where they live. Those responsible need to get the message - it's not on and action will be taken."

Northumberland officers aren’t the only ones seeing positive results from proactive police action; Neighbourhood Officers in South Shields recently revealed they have seized 14 motorcycles since the beginning of May working alongside the Operation Benelli team.

Operation Benelli was set up last year to combat an increase in the number of incidents where motorcycles had either been stolen, or used to commit crime.

The task-force has been a huge success across Northumbria Police’s force area, arresting dozens of offenders and seizing more than a hundred stolen vehicles.

You can also call 101 and asking to speak to the Operation Benelli team or your local Neighbourhood Team or report information online at the Northumbria Police website.