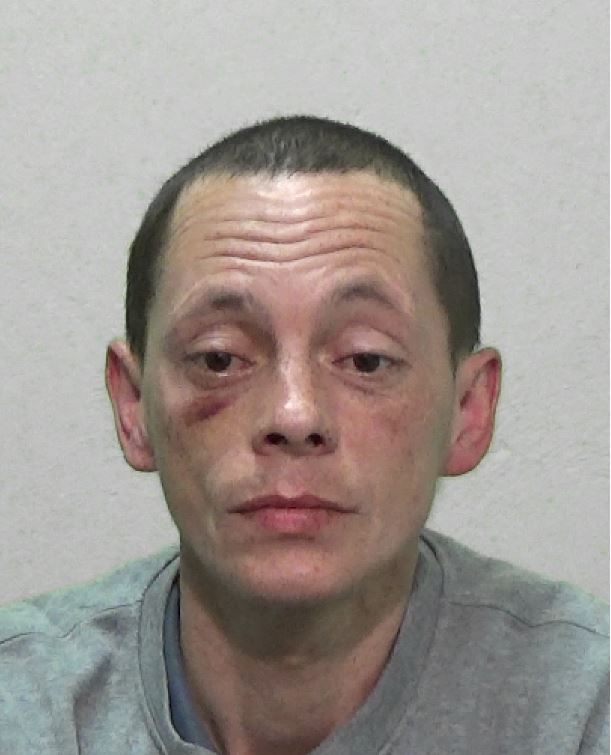 Malcolm Pyke, 43, is due to be sentenced later this week after admitting a string of offences

A light-fingered thief who broke into a car in the dead of night was arrested by police – within nine minutes of the 999 call being made.

Malcolm Pyke, 43, was caught skulking around an estate in West Boldon under the cover of darkness in the early hours of Friday morning.

At about 2.45am, an occupant was awoken by a Ring doorbell notification on his mobile phone which triggers when there is movement on the property’s driveway.

The homeowner went on to find Pyke sat in the driver’s seat of his car and immediately went out to confront him.

Upon being seen, Pyke claimed he was ‘homeless’ and ‘trying to keep warm’ before quickly walking away from the Rectory Green address.

But police were on the scene within a matter of minutes and swiftly arrested Pyke 300 metres away from the home which he had targeted.

Pyke, of Canterbury Street, Sunderland, was later charged and admitted vehicle interference, going equipped and possessing a Class C drug when he appeared before magistrates in Newcastle on Saturday (June 20).

Detective Sergeant Chris Raper-Smith, of Northumbria Police, said: “Malcolm Pyke is a serial offender who is well-known to police and has consistently shown a total disregard for the law.

“On this occasion, his deception was laid bare after an occupant was woken up after an alert on his phone that there was suspicious movement on his driveway.

“After getting up and taking a closer look, he found Pyke brazenly sat in the front seat of his car – and the offender even then had the cheek to claim he was just trying to keep warm.

“I’d like to thank the victim for contacting police so swiftly, and that allowed officers to arrive at the scene and carry out a search of the area. Within 10 minutes of the 999 call coming in, we had found Pyke and put him in the back of a police van.

“We do not apologise for our zero-tolerance approach towards thieves and burglars, and will continue to do all we can to make sure offenders are taken off the streets and brought to justice.”

Pyke is due to be sentenced at South Tyneside Magistrates Court on Friday.