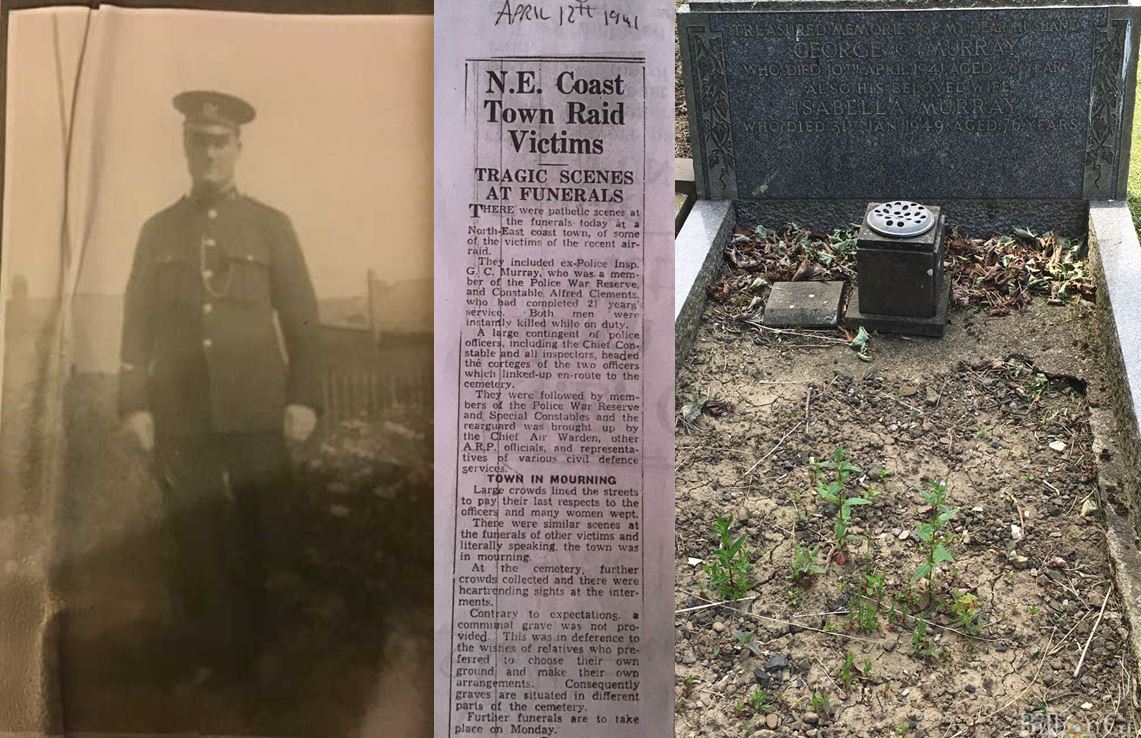 Police Constable Mornington Alfred Clements (pictured), who was aged 49-years-old at the time, and Reserve Constable George C. Murray, aged 68, were killed by bombs dropped by the German Airforce in a raid on the evening of the April 9 1941.

The extensive attack destroyed shops, houses, timber yards and other premises throughout Newcastle and Tyneside. A total of 35 people - 21 men and 14 women - lost their lives that night.

Both officers were buried in Preston Cemetery, North Shields in separate graves. However, while war reserve Constable Murray was laid to rest with a headstone, Constable Clements, a native of Colchester, Essex was left in an unmarked grave.

Constable Clements’ wife was awarded a police pension of £1.10p (equivalent) per week, leaving her unable to afford a headstone for her husband. She died seven years later and is buried alongside him.

The Police Roll of Honour Trust (PROHT) plans to place a headstone at the grave of Constable Clements and in the process mark his sacrifice with a short ceremony and also that of his colleague George Murray in April 2021.

Now alongside the PROHT, Northumbria Police are asking the public to help spread the word and track down any living relations or individuals who might have information about the whereabouts of one of the men’s family.

Neighbourhood PCSO Tim Cousins, the officer spearheading the search from Northumbria Police, said: “While the Police Roll of Honour Trust have identified distant relations for Police Constable Clements and are in touch with them, sadly they have not yet been able to trace the Murray family.

“Through extensive research by the Trust they have been able to establish that Constable Murray’s family used to live in Wallsend Road, North Shields.

“At the time the North Shield's district was part of the former Tynemouth Borough Constabulary that now forms part of Northumbria Police.

“We are asking the public to help spread the word and hopefully we can then track down any living relatives for the ceremony next year.”

Those wanting to donate towards the financing of the headstone for Constable Clements, can do so here: https://www.justgiving.com/policerollofhonour/donate