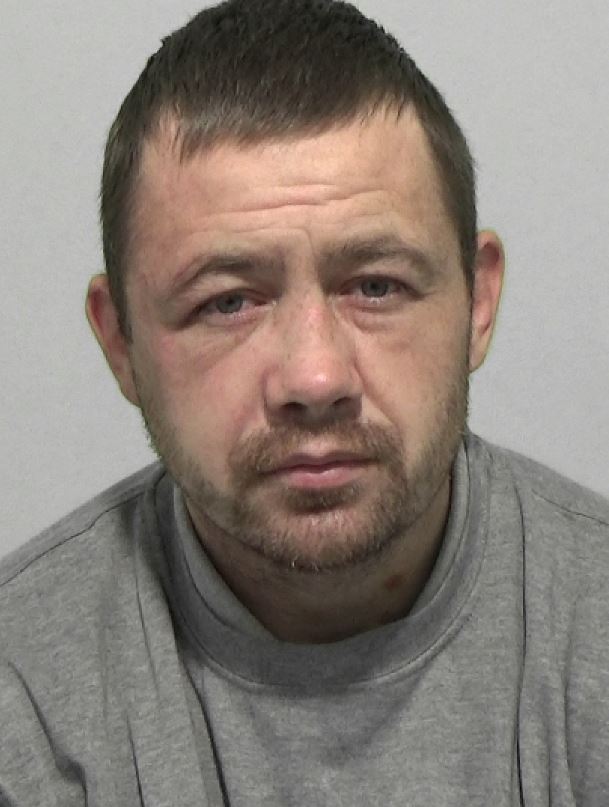 Mark Riddell, 39, now begins a custodial term as officers praise the heroic resident who assisted them

A heroic homeowner who spotted an intruder breaking into his house has been praised– after he gave chase and helped bring the offender to justice.

Mark Riddell, 39, has now been jailed after attempting to burgle the home on Brunton Terrace in Sunderland on Sunday afternoon. (June 7).

The victim, in his 20s, was going about his everyday business when he discovered Riddell stood outside his front door trying the handle and attempting to gain entry.

After catching him red-handed, the victim had to use force to stop Riddell from pushing the front door open.

The quick-thinking resident then rang police before chasing after the reckless raider - successfully detaining him until officers arrived at the scene.

Riddell, of Felstead Square, Sunderland, was subsequently arrested and later charged with burglary and possession of a Class C drug. He admitted both offences when appearing before magistrates in South Tyneside yesterday (Tuesday).

He was subsequently jailed for 12 weeks.

Detective Sergeant Chris Raper-Smith, of Northumbria Police, said: “The victim in this case should be very proud of his actions and I would like to thank him personally.

“Despite the shock of seeing somebody attempting to break into his home, he was able to react quickly and kept his cool – before chasing after a suspect and detaining him until police arrived at the scene.

“While we would not actively encourage members of the public to do anything that puts them in harm’s way, it is important to praise this particular victim – by reacting quickly and passing on timely information to police, he helped us detain a burglar who has now been sent to prison.

“Burglary is an incredibly intrusive crime that has a corrosive impact on society. It is therefore important that the public see we are committed to taking robust action against perpetrators and we will never apologise for our zero-tolerance approach when tackling this type of criminality.”

Det Sgt Raper-Smith leads a team of dedicated burglar hunters based at Southwick Police Station who look into every report made across Sunderland and South Tyneside.

The team of detectives review every burglary in the region, pursue offenders and work with neighbourhood teams and the community to identify hotspot areas and put preventative measures in place.