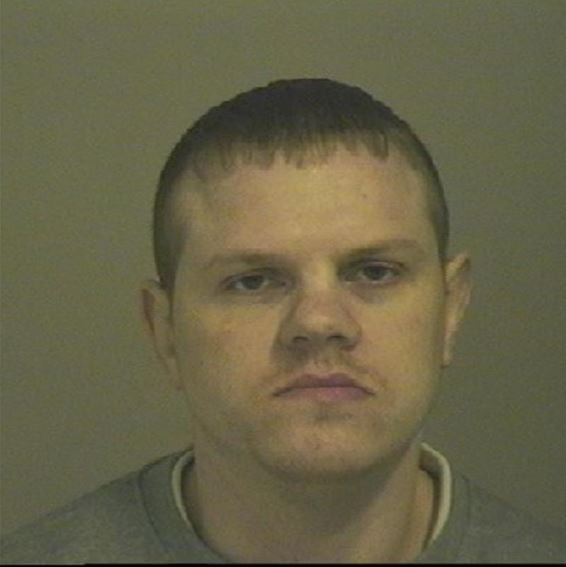 Bryan Devonport, 34, has been jailed after leaving the teenager terrified in Washington last May

A serial offender has been jailed after robbing a student at the wheel of his car while armed with a screwdriver.

Bryan Devonport climbed into the passenger seat of the victim’s car on the evening of May 9 last year and demanded that the 18-year-old gave him a lift.

When the victim refused, Devonport, 34, menacingly held a screwdriver to his chest – leaving the teenager fearing for his life.

The prolific criminal then robbed the teenager, ordering him to hand over £30 from his wallet, as well as pocketing a phone charger.

Devonport, of Borrowdale Street, Hetton-le-Hole, denied robbery but was found guilty following a trial at Newcastle Crown Court in February.

On Friday (June 26) he returned to the same court where he was jailed for five years, with a two-year extended licence period.

Detective Constable Dave Vincent, of Northumbria Police, said: “Bryan Devonport is a dangerous criminal who has been a drain on police resources for some time now.

“He has caused endless problems and has brought misery to the communities of Wearside – his conviction is testament to the work of a team of detectives who worked tirelessly to bring him to justice.

“On the night in question, he entered the victim’s car uninvited and demanded that he was driven to where he wanted. When the teenager understandably refused, Devonport pulled out a screwdriver – leaving the 18-year-old fearful that he was about to be stabbed.

“Then Devonport even had the audacity to rob his victim – stealing money and a phone charger, before making off from the scene. His behaviour was absolutely despicable and he’s proven he cannot be trusted to live in a lawful society.

“I am pleased that the judge has recognised the severity of his crimes and now he begins a significant time behind bars. I’d like to thank the victim in this case for his amazing bravery shown throughout this case."

The court heard the victim had dropped his friend off at an address on Neville Court in Washington shortly after 10.30pm on the night in question.

But as the victim sat alone in his car and read text messages on his phone, Devonport approached the vehicle and climbed into the passenger seat.

In a statement read out in court, the victim said: “As a result of this incident, I am very shaken. I genuinely believe that if I had not complied with the male he would have stabbed me with the screwdriver.

“I believe that he would have seriously hurt me. It is early to say but I believe this incident will stay with me for the rest of my life.”