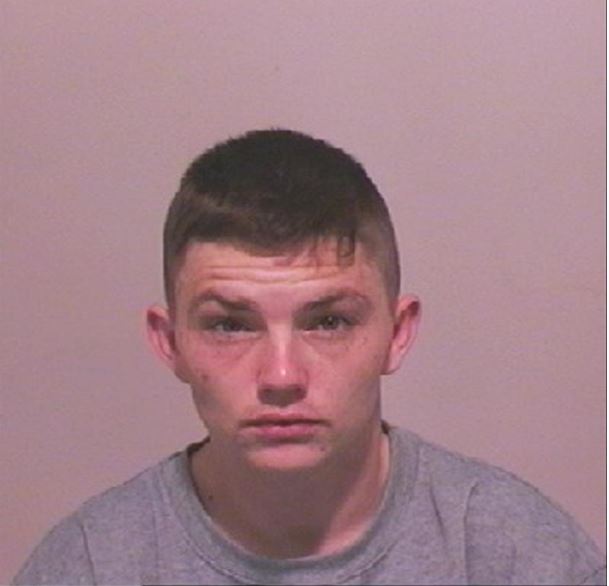 Declan Lancaster, 23, stole a mountain bike from a garage in Newbottle and begins a custodial term

A shameless thief who stole a mountain bike from a garage was snared following a social media appeal - and jailed within 48 hours.

Declan Lancaster, 23, sneaked into a garage on Sparkwell Close, Newbottle, on Wednesday and pinched a £250 Apollo Evade mountain bike.

The occupant, who had only returned home 15 minutes earlier, was alerted by a neighbour that someone had opened the garage door and made off on his bike.

After checking a neighbour’s CCTV footage, the victim rang police and put a picture of the suspect on Facebook – which was quickly identified as Lancaster.

A short time later, Lancaster was spotted in possession of the bike by one of the victim’s relatives on Elizabeth Street. The bike was subsequently returned to the owner and Lancaster arrested by police.

Lancaster, of no fixed abode, initially denied his involvement to police in interview, but after being shown the evidence against him, he changed tack and held his hands up.

On Friday (June 19), less than 48 hours after committing the offence, Lancaster admitted one count of burglary when he appeared before magistrates in South Tyneside. He was subsequently sentenced to 10 weeks in jail.

Detective Sergeant Chris Raper-Smith, of Northumbria Police, said: “Declan Lancaster is an opportunist thief who showed a total disregard for others when he burgled a family home for purely selfish gains.

“I would like to thank the victim and his neighbours who reacted quickly by contacting police – and identifying the likely culprit through Facebook.

“Burglary is a hugely intrusive crime which can have a significant impact not only on the victims and their family, but the wider community as a whole. Thankfully, by working with the public, we were able to ensure Lancaster was taken off the streets swiftly.

“He now begins a spell behind bars where he needs to take a hard look at himself and reflect on his appalling actions.

“We do not apologise for our zero-tolerance approach towards burglars and will continue to do all we can to ensure perpetrators continue to be identified and put behind bars.”

Det Sgt Raper-Smith leads a team of dedicated burglar hunters based at Southwick Police Station who review every burglary that takes place across Sunderland and South Tyneside.