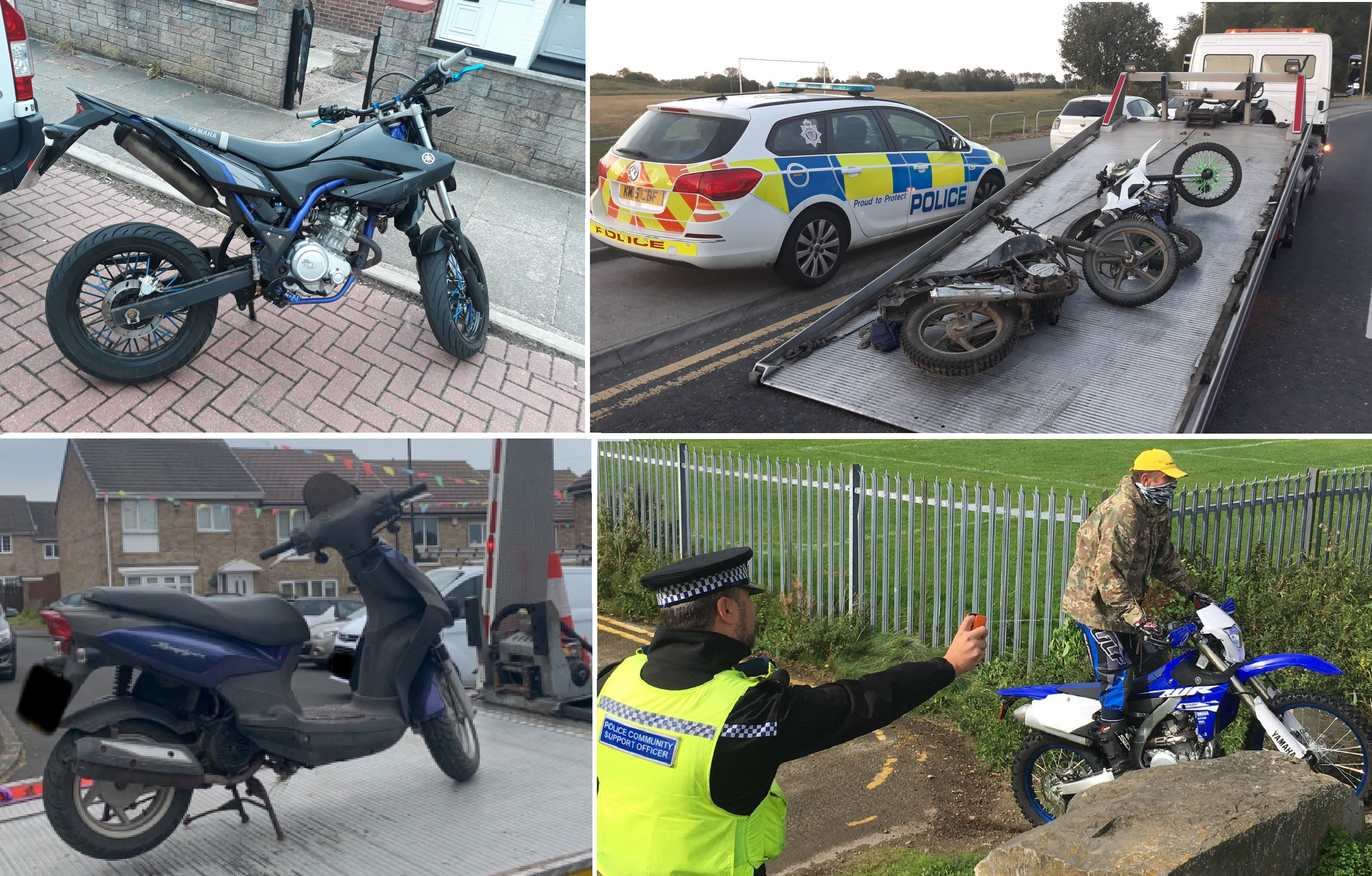 A string of motorcycles have been recovered by police thanks to the team work of neighbourhood officers and the Operation Benelli team.

Operation Benelli was set up last year to combat an increase in the number of incidents where motorcycles had either been stolen, or used to commit crime.

It was being reported that teenage thieves were targeting motorcycles left on driveways and car parks across the Northumbria force area.

But there were also a small number of reports that offenders had armed themselves with weapons and used violence to forcibly take a bike.

The Operation Benelli task-force has been a huge success, arresting dozens of offenders and seizing more than a hundred stolen vehicles.

And on Tuesday they were at it again when they responded to reports of two teenagers riding in an anti-social manner on the footpaths in Lemington and Newburn.

They tracked down the males to an address in Lemington where they seized the motorcycle in question.

But the team aren’t the only one to have successes after neighbourhood officers in South Shields revealed they have seized 14 motorcycles since the beginning of May.

They have been working with the Operation Benelli team and as part of their own operation which has been branded Operation Bungo.

Neighbourhood Inspector Phil Baker said: “The officers who have been working this operation for the past six weeks have been phenomenal.

“They have listened to the concerns of residents, identified where disorderly motorcycle riding has been taking place and then they have targeted those areas.

“It is community policing at its best and it has yielded some fantastic results with 14 motorcycles uplifted, including two we believe to have been stolen.

“A number of those individuals riding the motorcycles have been summonsed to court and we know residents across South Shields are satisfied with our activity.

“But we all have a role to play and we need to hear from you if you have information about disorder. You are our eyes and ears in the community so please pick up the phone and call police.”

Sergeant Fran Joyce, who oversees Operation Benelli, said: “There has been some fantastic work going on in South Shields and we have been reviewing that data so we can continue to monitor those patterns of behaviour.

“A lot of this is teenagers riding at speed on their bikes and causing a nuisance but often these same individuals are involved in serious criminality.

“We won’t tolerate theft or violence in our communities and if we suspect individuals are involved in criminality we seize their motorcycles and they could end up before the courts.”