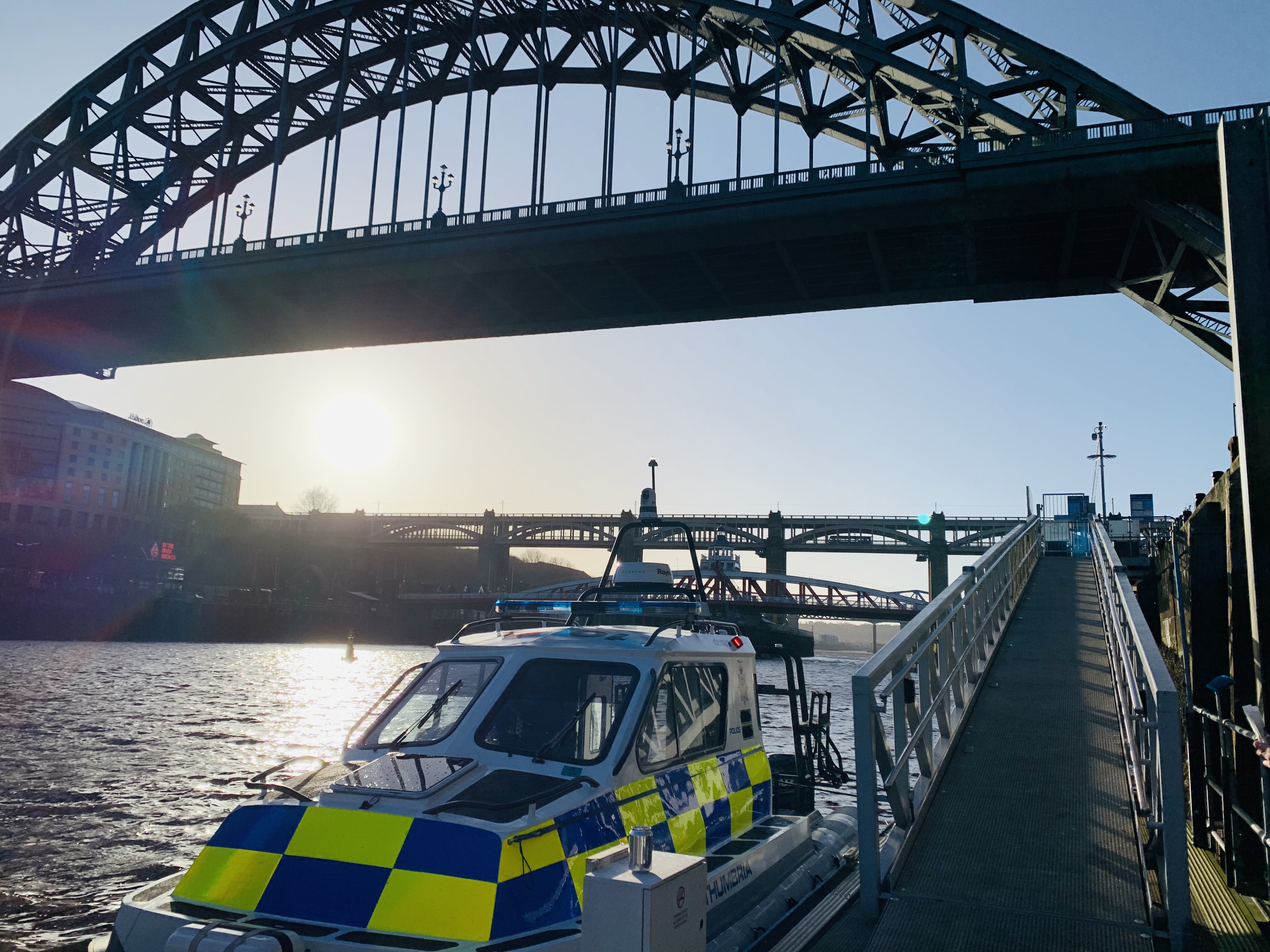 Take care around water and don't drink and dive!

Officers warn the public after reports of people risking their lives by acting irresponsibly and jumping off bridges into the water below.

Police and fire crews have urged the public to act responsibly after a video is circulating showing multiple people jumping into the River Tyne – with one individual even jumping from one of the bridges above.

Thankfully, nobody was injured on this occasion but the incident has caused officers and other emergency service staff to issue appropriate advice to those who participate in this type of dangerous and foolish act.

Sergeant Suzanne Crossley, of Northumbria Police’s Marine Unit, said: “Jumping off cliffs, piers and bridges into water below could easily result in serious harm to those involved.

“Our officers are facing significant demand during recent months and this kind of behaviour is incredibly irresponsible.

“Those individuals who do jump are putting their health and well-being at risk. Even if the water looks calm there could be hidden dangers below the surface of the water, as well as the risk of your body going into cold water shock including submerged debris and strong undercurrents.

“I would ask young people to consider the serious and potentially fatal consequences of their actions. It might be seen as just a bit of fun, but it could take crucial blue-light resources away from other genuine and life-threatening emergencies.”

Ian Warne, Head of Prevention and Education at Tyne and Wear Fire and Rescue Service, said: “Water that feels warm on the surface can still cause cold water shock, which seriously affects your breathing, heart rate and muscles.

“This makes you more likely to inhale water directly into the lungs and it can cause heart attacks, even if you’re young and healthy. It’s simply not worth the risk.”

Police also had reports that those involved were excessively drinking, which adds another irresponsible and dangerous element to the antics.

Sgt Crossley added: “We shouldn’t have to tell people the dangers of drinking alcohol and swimming. The risk of injury or loss of life are high and can have devastating consequences.

“Jumping into low tide water can feel like jumping onto concrete and even the strongest swimmers can get into serious difficulty.

“Our message is clear - don’t take the risk and put extra pressure on our emergency services. Stay safe and stay out of the water.”