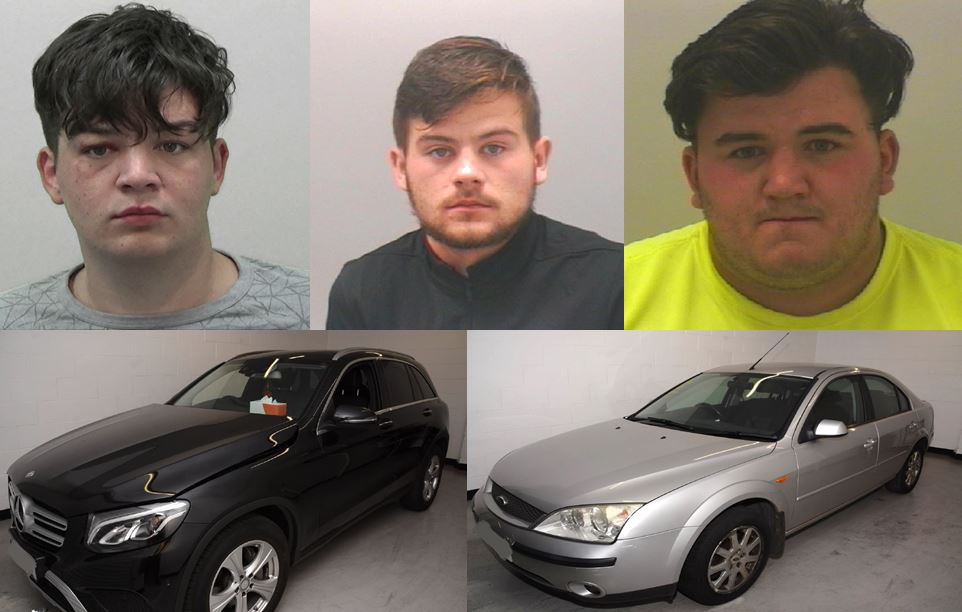 Tommy Ward, 23, is the latest criminal to be sentenced following the wide-ranging investigation

A callous thief who played his part in a £100,000 burglary conspiracy across the North-east has been jailed.

Tommy Ward (pictured left), 23, has been jailed for five years following a string of raids across Newcastle, North Tyneside, Northumberland and Cumbria in the summer of 2018.

A total of 14 burglaries were committed across the region by Ward and his associates in just nine days, with large amounts of cash, high-value jewellery, family gold and a new Mercedes 4x4 among the items stolen.

An investigation was launched into the spate of incidents and detectives quickly suspected the break-ins had all been committed by the same gang.

Enquiries led them to discover the criminals had bought various vehicles in the days before the burglaries and then abandoned them after committing a string of offences.

After identifying the vehicles involved, police were then able to trace the mobile phones used by the thieves and identify them through CCTV.

That led officers to a traveller site in Gosforth area of Newcastle in August 2018 where police found a number of the vehicles believed to have been used in the raids.

Earlier this year, Douglas (pictured right) and Thomas Ward (pictured centre) – part of the same gang but who told police they were unrelated - admitted conspiracy to commit burglary at Newcastle Crown Court.

“He and his associates travelled the country and targeted properties they believed would have large amounts of cash, family gold and high-value jewellery inside.

“They did everything they could to disguise their criminality – changing vehicles multiple times and always keeping on the move in a bid to avoid detection. However, the law has now caught up with them and we are delighted with this result in court.

“These men showed a total disregard for their victims – they were motivated solely by greed. There is absolutely no doubt that Northumbria is a safer place with them now behind bars.

“Burglary is an incredibly intrusive crime, so we make no apology for our zero tolerance approach towards burglars. If you commit offences in this area, you will be pursued and put behind bars."

Det Sgt Lumsden is part of our Central Burglary Team, a group of detectives who analyse every burglary offence across Newcastle and Gateshead.