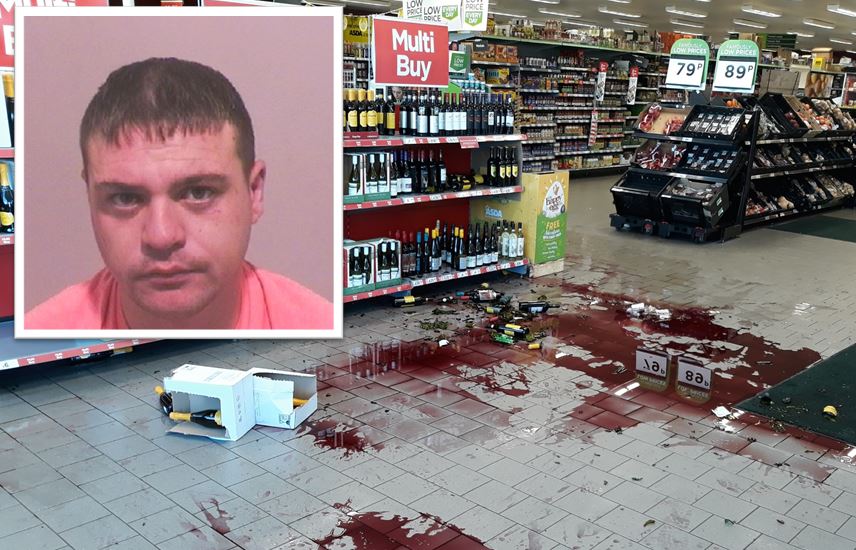 A violent thug who went on a supermarket rampage is behind bars after assaulting a shop worker and smashing bottles over the floor.

David McBeth, 30, caused mayhem at the Asda in Ryhope as he vowed to “take what he wanted” and hurled bottles of alcohol across the store.

The drunken raider then assaulted an employee before piling a shopping trolley high with alcohol and brazenly walking out the shop.

His violent behaviour on June 27 last year cost the branch – which was forced to close for the day – an estimated £14,000 of custom.

He also carried out two further assaults during an 11-day crime spree, with one man suffering a bleed to the brain and a fractured eye socket.

He was subsequently jailed for four years.

“He went into a busy supermarket in broad daylight and terrified staff and customers during his fit of rage, smashing bottles of alcohol over the floor and attacking a member of staff.

“He was also involved in two other violent altercations within a matter of days, causing significant injury and distress to those who came into his path.

“This kind of behaviour is totally unacceptable and McBeth should be ashamed of his actions. He quite clearly cannot be trusted to live in a lawful society and now must deal with the consequences.

“We will continue to put violent offenders before the courts and deal with anybody who wreaks misery on our communities swiftly and robustly.”