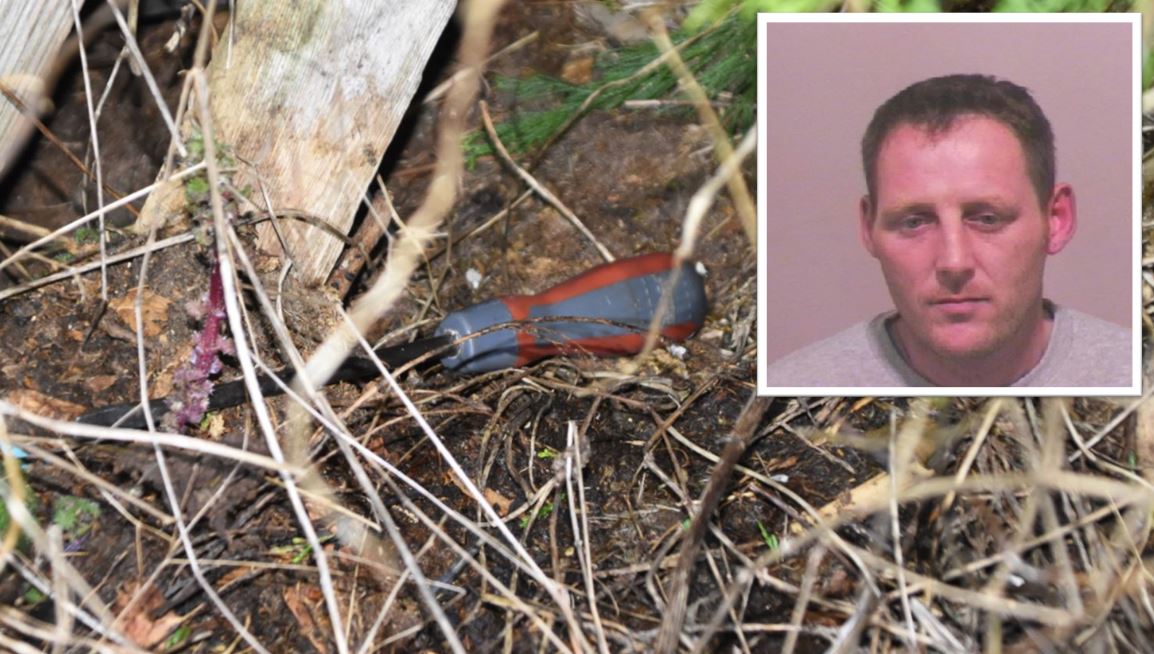 A brazen burglar is back behind bars after sharp-eyed officers found the DNA-smeared screwdriver that he had thrown away nearby.

Michael Johnston, 40, smashed his way into a family home near Houghton-le-Spring in broad daylight just days before Christmas last year.

Determined to identify the culprit, officers searched areas near the property – and soon hit the jackpot as they spotted the tool used in the break-in that had been discarded over a fence.

Northumbria Police’s Scientific Support Unit then sent the item off for forensic examination – and it quickly came back as a match for prolific offender Johnston.

He was subsequently arrested and charged with burglary – but refuted his involvement in the break-in when interviewed by officers.

However, Johnston, of Wordsworth Avenue, Easington Lane, held his hands up to the offence when he appeared at Newcastle Crown Court last week (March 10) with the weight of evidence against him overwhelming.

Taking his prolific past offending into account, a judge sentenced him to two years and eight months behind bars.

Detective Constable Louise Edwards, who was in charge of the case, said: “This is another example of the power of forensics and how scientific advancements mean the net is tightening on burglars.

“After we ascertained a screwdriver had been used in the break-in, officers carried out a range of enquiries in nearby locations in the hope that the suspect had tried to discard it.

“Thankfully, that proved the case as officers found the item on the ground near the victim’s address and our brilliant forensic team were then able to provide irrefutable evidence that proved Johnston was responsible.

“Johnston’s conviction is a result of some fantastic teamwork between a number of different teams across the Force, and we are delighted that this prolific criminal has been taken off the streets.

“Burglary is an incredibly intrusive crime that can have a long-lasting and detrimental effect on victims, their families and the community as a whole. As a result, we will never tire in bringing offenders like Johnston to justice.”

Johnston refused to cooperate with officers upon arrest and was adamant throughout that he was not responsible for the burglary.

But the DNA evidence which linked him to the crime proved crucial – and he subsequently admitted he committed burglary which happened at an address off Sunderland Road, Newbottle, on December 20 last year.

Det Con Edwards added: “The tiniest trace of blood, saliva, bodily fluid or fingerprint can now be detected by our dedicated crime scene investigators and used as irrefutable evidence to prove a person’s guilt in court.

“That proved the case on this occasion and we will continue to use everything at our disposal to ensure those who wreak misery in our communities are rightly brought to justice.”