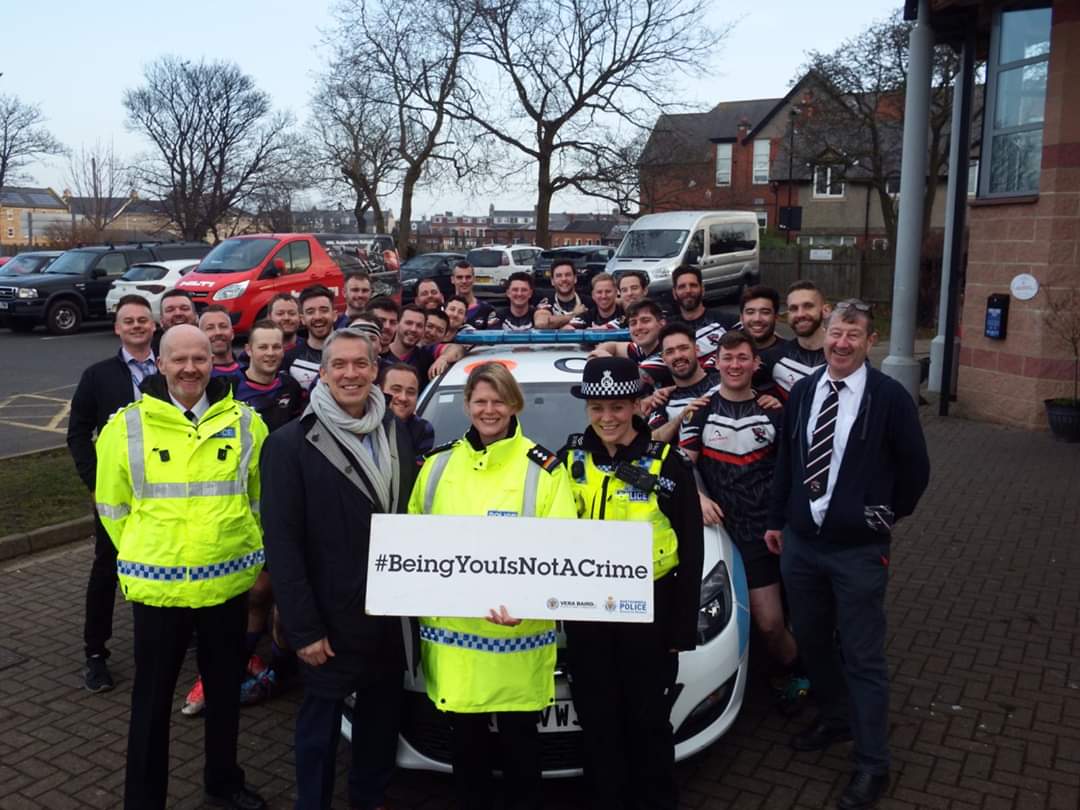 Forget the Six Nations, an inclusive rugby tournament featuring clubs from across the country is set to come to our region this weekend.

On Saturday the Hadrian Cup Rugby Tens tournament will take place for the 11th year in a row in a bid to tackle Hate Crime in sport.

The rugby tournament is hosted and organised by the Newcastle Ravens, who are an inclusive men’s rugby union team who take part in national and local level rugby.

Nineteen teams, consisting of 360 players, will take to the pitch on Saturday and will all be wearing Stonewall rainbow laces to show that Hate Crime has no place either on or off the field.

The Stonewall rainbow lace initiative started to take momentum following research undertaken suggesting that homophobia, biphobia and transphobia remains a problem at all levels of sport.

The rainbow laces are for everyone to wear in a sign of solidarity and to send a united message that LGBTQ+ people are welcome in sport and across wider society.

Representatives from Northumbria Police’s LGBT+ Association will be on hand to offer their support while Chief Constable Winton Keenen will present the winning team with the trophy.

Detective Sergeant Matt Murray, co-chair of the association, said "This tournament is now in its 11th year and we are incredibly honoured to be a part of it once again.

“Equality and inclusivity are key components of modern day policing and it's so important that we show our support for projects like this.

“The tournament is all about a inclusivity and because the teams taking part are inclusive, people can be free to be themselves as individuals and express themselves as they wish.

“Sport doesn't discriminate and this ties in perfectly in with our hate crime campaign and the work we are doing across the whole force.

“Our campaign 'Being you is not a crime, targeting you is' was launched in 2013 with aim of raising awareness around what hate crime is and that slogan has now been adopted across the country.

"There is no place for hate crime on the rugby pitch, on any pitch, or anywhere in society and we are committed to tackling it.

“Our officers, staff and cadets are really looking forward to the day and would urge as many people as possible to come along and get involved."

James McKane, Chairman of the Newcastle Ravens, said “We are incredibly proud to be working once again alongside our partners Northumbria Police and the Tyne and Wear Fire and Rescue Service in raising awareness and tackling homophobia, biphobia and transphobia in sport.

“We hope to continue the bold work of the police to stamp out Hate Crime which unfortunately can still be found in sport.

“Inclusive rugby and tournaments such as The Hadrian Cup provides #RugbyForAll and brings Pride to all sports which continue to face homophobia and issues of bullying.

“We will continue the hard work of IGR and foundations to promote rugby as a safe welcoming and engaging sport.”

A crime is considered to be a hate crime if someone has been targeted because of who they are - these include: race, faith, religion, disability, gender identity, age and sexual orientation.