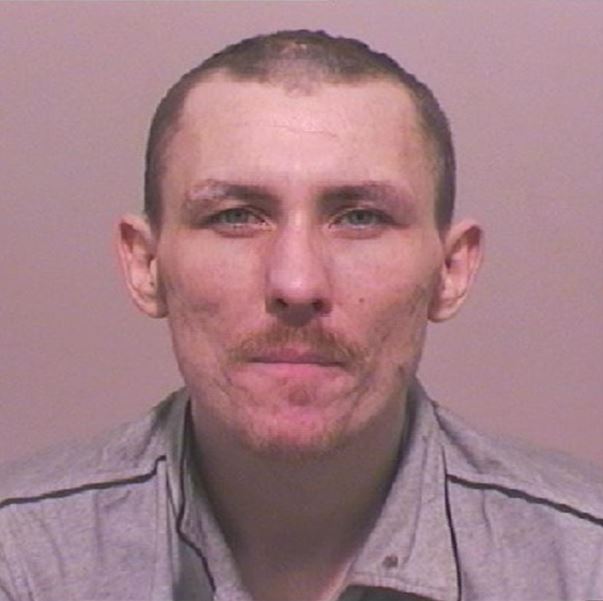 Jake Lancaster, 26, forced his way into the Roker address following a row over £20 last summer

Jake Lancaster, 26, kicked his way into the Roker address in a fit of rage last summer claiming he was owed £20.

Once inside, he dragged a sofa across the doorway and kept a man and a woman locked inside the living room for two-and-a-half hours, threatening he would hurt them both.

The incensed intruder went on to squirt ammonia in the face of both victims and viciously assaulted them during the terrifying ordeal.

Lancaster, of Poole Road, Sunderland, was arrested and charged with a string of offences but refused to cooperate with police in interview.

On Monday (March 16) a jury at Newcastle Crown Court found him guilty of aggravated burglary and two counts of false imprisonment.

He was jailed for 10 years and handed restraining orders banning him from contacting both victims in the future.

In a statement, the woman – who suffered injuries to her ribs after twice being punched by the defendant – described the ordeal as a “horrifying experience”.

“I thought it was the end for both of us,” she said. “He was like a crazed lunatic – his eyes were mad and evil.

Detective Constable Emma Maguire, who was in charge of the case, welcomed the sentence handed down to Lancaster following the hearing.

“This was a despicable attack that saw two people held hostage and subjected to the most appalling ordeal,” Det Con Maguire said.

“It is absolutely clear that Lancaster cannot be trusted to live in a lawful society – his actions that night were frightening, erratic and unlawful.

“I sincerely hope this sentence can help the victims move on from this terrible incident and enjoy some sort of closure.

“Behaviour like this is totally unacceptable and individuals like Lancaster deserve to be behind bars for a long time. I’m very pleased that the judge recognised the severity of his actions and he now must deal with the serious consequences.”

The court heard a furious Lancaster turned up outside an address on Burscough Crescent, Sunderland, on the evening of June 27 last year and banged on the front window demanding £20.

In an uncontrollable rage, he then kicked his way through the front door before trapping his victims in the living room for more than two hours.

After struggling to calm the raider down, the occupants were squirted with ammonia from a plastic bottle – immediately feeling a burning sensation to their face – before they were assaulted several times.

The female victim was eventually able to alert police when Lancaster left the house and agreed to walk to the cash point with the male occupant.

Lancaster was subsequently arrested and charged with a string of offences. On Monday, he was convicted of aggravated burglary and two counts of false imprisonment.