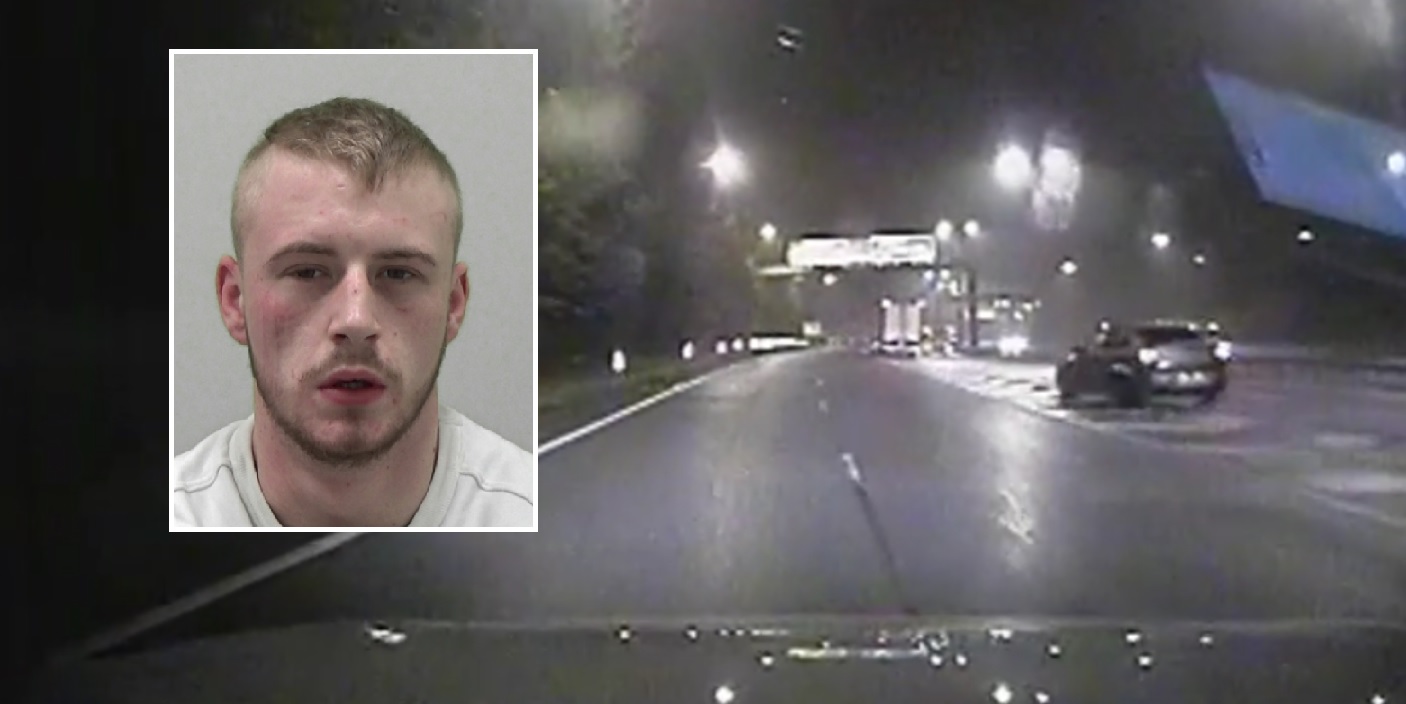 A dangerous driver has been jailed after he refused to stop for police and led them on a dangerous pursuit at speeds of more than 120mph.

Joe Mills, 22, was high on drugs when he ignored treacherous conditions to lead police on the high-speed pursuit between Newcastle and Gateshead last November.

A court heard how a police officer on patrol on the A1 signalled for a silver Vauxhall Vectra to stop after it cut across marked hatchings at high speed.

But the driver of the vehicle refused to stop and instead hit the accelerator as he travelled along the dual carriageway near to the junction for the A69.

He led police on a dangerous, high-speed pursuit that saw him weaving between traffic and travelling at speeds of more than 120mph.

Mills, who was the only person in the vehicle, eventually left the A1 at Dunston but proceeded to drive at 70mph in a 30mph zone.

The dangerous driver then abandoned his vehicle after crashing it into a metal gate near to Dunston FC's football ground.

He attempted to flee the area on foot but was quickly detained by police officers who established he was driving under the influence of temazepam.

Mills, of no fixed abode, was later charged with a string of driving offences to which he admitted at Newcastle Crown Court.

He was back before the same court on Tuesday (March 2) where he was jailed for nine months and handed an 18-month driving ban.

Following the case, a senior officer at Northumbria Police condemned the actions of Mills and said he “put lives at risk”.

Chief Inspector Sam Rennison, who oversees the work of the Force’s Motor Patrols Department, said: “This was a ridiculous bit of driving in what were really dangerous conditions.

“You need to drive at care when there is torrential rain but Joe Mills was instead hitting speeds of more than 120mph.

“He had no thought for the welfare of other road users and was determined to take any steps necessary to evade police capture.

“I want to praise the skill of those officers who were able to bring Mills into custody and helped to ensure this pursuit did not result in a serious incident.

“They receive huge amounts of training that allow them to drive safely in these kind of conditions and they demonstrated their expertise in this instance.

“Because of their work a dangerous driver is today behind bars and when he is released he will be subject to a lengthy ban.”

At an earlier hearing Mills had admitted five charges including failing to stop, driving without a licence and dangerous driving.