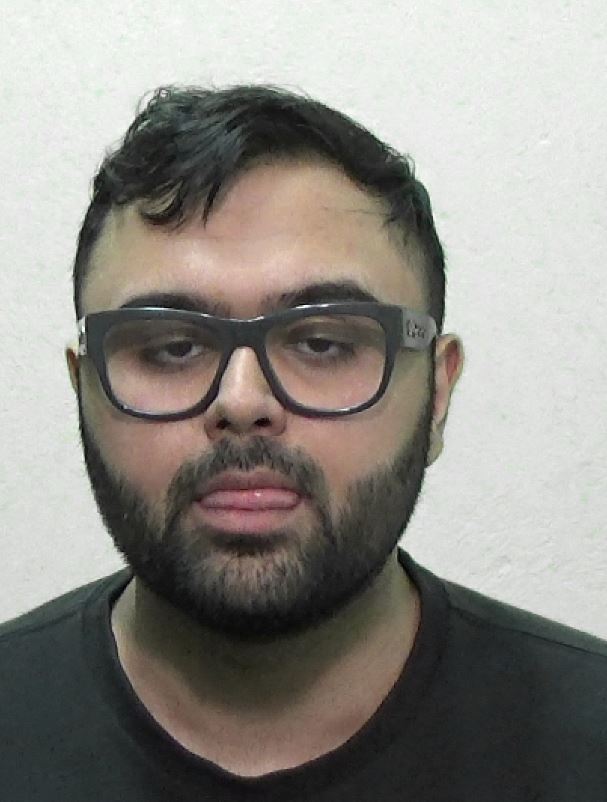 Haider Akbar, who also goes by the names of Harry Maktoum and Harry Ali, was sentenced last week

A stalker who breached a court order by harassing his ex-partner and bombarding her with messages has been put behind bars.

Haider Akbar, who also goes by the names of Harry Maktoum and Harry Ali, terrified his former girlfriend of six months as he loitered outside her home until she got home from work.

Akbar, 27, was already the subject of a non-molestation order banning him from setting foot within 100m of her home or using intimidating or harassing behaviour towards her.

But that did not deter him as he emailed her repeatedly before turning up at the complex of flats where she lives in South Tyneside.

Akbar hid in a corridor waiting for his ex-partner to return home. When she did, he chased after her as she ran for the safety of her flat – and was able to phone police.

Akbar, of Heythrop Drive, Middlesbrough, was subsequently arrested and charged with stalking and breach of a non-molestation order. He pleaded guilty to both offences and was sentenced to 18 weeks imprisonment after appearing before magistrates in North Tyneside on Thursday (March 26).

He was also handed a 10-year restraining order forbidding him from making any contact with his victim. He is also banned from attending her place of residence, any street she is residing or her workplace.

Detective Constable Chris Raper-Smith, of Northumbria Police, said: “Akbar’s behaviour towards his ex-girlfriend was both frightening and intimidating.

“He knowingly and willingly breached the terms of his order by contacting her, and in doing so, refused to allow her to move on with her life.

“He now faces a stretch behind bars and I sincerely hope he takes this time to think about the harmful consequences of his selfish actions.

“I would like to thank the victim in this case for her amazing bravery, strength and cooperation throughout and I hope this sentence and the 10-year restraining order handed down to Akbar can help give her some kind of closure.

“As a Force, we are committed to making sure obsessive individuals like Akbar are brought to justice and I hope this sends a strong message to victims out there who might be concerned about coming forward – we can help ensure you get the support you so desperately need.”

In a statement, the victim said she is living in “constant fear” as a result of Akbar’s actions.

“I have been left deeply upset and hurt by this incident,” she said. “I feel like he wants to ruin my life and get me sacked from my job.

“This is affecting me at work and I have been in tears. I just want him to stop.”