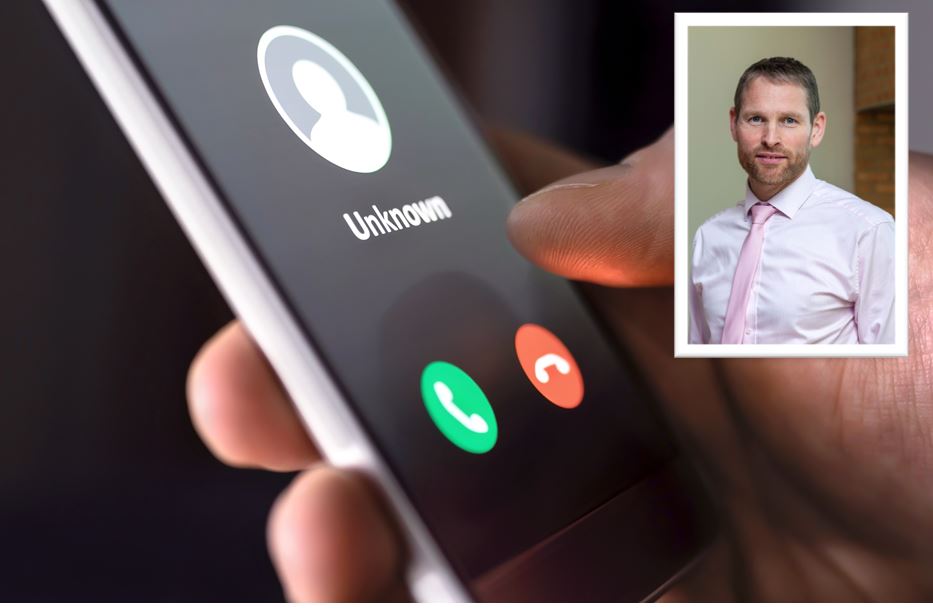 “Don’t let your guard down, don’t let them succeed”

That’s the message from one of the region’s top officers as he urges the public to take an active role in defeating the despicable criminals trying to exploit people during the Covid-19 pandemic.

Detective Chief Superintendent Alastair Simpson heads up the North East Regional Special Operations Unit (NERSOU) – a dedicated team of officers from the three forces of Northumbria, Durham and Cleveland who work together to investigate serious and organised crime, under the banner of Operation Sentinel.

So far, the forces have seen a broad spectrum of reports with officers in Northumbria and Durham aware of an NHS scam text being sent to the public asking them to share their personal details and officers at Cleveland dealing with rogue traders trying to make money by offering an anti-bacterial spray for private and commercial driveways.

Speaking on behalf of the three forces, Det Ch Supt Simpson said: “It’s absolutely abhorrent that there are people out there who are using Covid-19 as an opportunity to make money.

“Nationally there have been reports of online shopping scams including websites claiming to sell medical supplies, as well as bogus campaigns exploiting people’s fear of COVID-19. We’ve also seen phishing emails attempting to get donations which they say will help fund research for a cure, as well as salary reimbursement emails purporting to be from government. They are relentless and persistent in their approach.

“We have seen instances in our region of bogus text messages stating victims have been caught outside their house more than once during a 24 hour period and need to pay the police a £30 fine - This is a scam and the link should not be clicked. We’ve seen shopping scams where people have paid for facemasks which never arrive, or when they do they’re low quality and or fake and we’ve also seen computer service frauds – a scam which sends web users a message that their device is ‘infected’ and they are asked to call a phone number for help.

“We are mindful that fraud and cybercrime knows no geographical boundaries so we are asking our communities to be vigilant and take appropriate steps to protect themselves, their data and their finances.”

Data from the City of London Police, the national leads for Fraud, revealed that across the country there have been a total of 105 Coronavirus related reports since February 9 – with losses totalling nearly £970k. Many more reports will have gone unreported.

Det Ch Supt Simpson added: “These fraudsters know people are frightened and are hoping to catch them when their guard is down so don’t let them succeed.

“Our role is to actively pursue the organised criminal groups who responsible for carrying out these crimes and making sure they are brought to justice and hauled before the courts.

“However, there are some simple things you can do to prevent yourself from falling victim. Don’t click on links or attachments contained in emails or text messages. Don’t give out personal or financial information. Only buy from reputable websites and use a credit card where possible to afford extra insurance. Challenge any cold-callers and never give out your personal information.”

“If in doubt, just stop and take a pause before you click send. It’s absolutely fine to refuse, challenge or ignore any requests to send money or information – remember it’s only criminals who will try and rush you and cause panic. Your bank and the police will never ask you to send them money or move it into a ‘safe’ account.

“Remember we are here to help if you do find yourself in a situation where you think you’ve been a victim, please let us know so we can support you.”