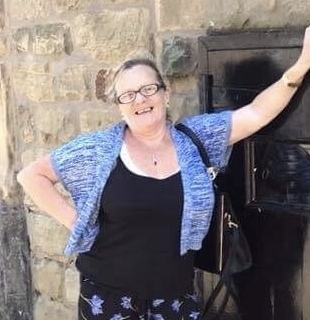 “Our mam was a loving, caring woman who would help anyone that needed it.”

The family of much-loved mam Odessa Carey have paid a moving tribute to the 73-year-old after she was killed in her Ashington home.

Today (Wednesday) a jury ruled that the actions of her daughter, Odessa Tammy Carey, had caused her death.

A statement written by the Carey family read: “Our mam will be sadly missed by all – her sons, daughter, her brothers and sisters, grandchildren, great-grandchildren, nieces, nephews and friends.

“Sadly she was taken from us in a horrific and vicious attack by our younger sister, who had suffered mental health issues for many years.

“Our mam was a loving, caring woman who would help anyone that needed it. She also loved to talk to anybody she met. She was taken from us too soon and had a lot more to give.

“We believe that the mental health system failed us and vast improvements need to be made. It is too late for our mam and sister, but hopefully they will learn from our tragic loss and stop others from going through the same heartbreak.

“Our wounds will never heal, and we will miss our mam every single day.”

The Carey family also thanked officers from the Force’s Homicide and Investigation Team (HMET) for their hard work in conducting the investigation and for the support they have received.

Carey Jnr, of no fixed abode, was arrested on suspicion of murdering her mother on April 8 last year.

However, due to her mental health, she was deemed unfit to stand trial and a Hearing of Fact was held instead at Newcastle Crown Court to establish what had happened.

And today the 36-year-old was found to have caused the death of her mother but could not be found guilty of murder as she had been suffering from a schizophrenic episode at the time of the incident.

During the six day hearing, the court was told how Carey Jnr had received treatment from a young age for a variety of mental health issues and had stopped taking her medication in the weeks prior to killing her mother.

Following the case, Detective Chief Inspector Jane Fairlamb, of Northumbria Police’s Homicide and Major Enquiry Team, said: “This is a deeply distressing and disturbing case and I can’t even the imagine the pain and suffering the Carey family continue to go through.

“I am aware of the distressing details which have been shared during the hearing and I want to praise the Carey family who have shown nothing but dignity and courage throughout this whole process.

She added: “I would also like to take this opportunity to recognise the professionalism of all those involved in this investigation, including those officers who initially responded.”

Carey is due to re-appear at Newcastle Crown Court tomorrow.