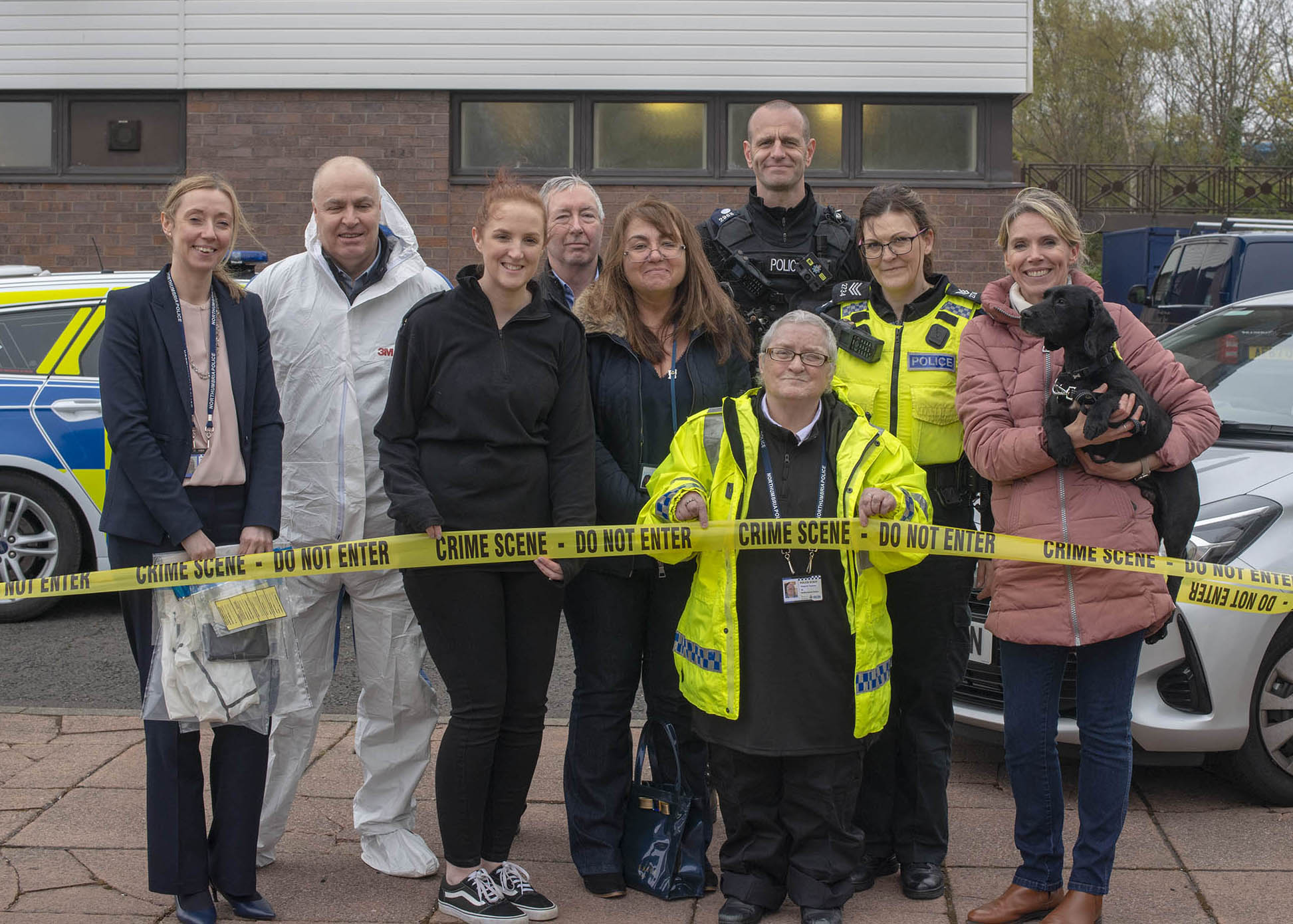 The team who made a lovable pensioner’s lifelong dream come true have been nominated for a prestigious award.

A group of police officers and staff gave up their spare time to create an unforgettable day for 70-year-old Margaret Thornton, who grew up wanting to solve some of the region’s trickiest crimes.

Houghton-born Margaret, who has terminal cancer, saw her long-lasting ambition become a reality in April last year as she cracked the case and became detective for the day – visiting the scene of a fictitious hit and run before catching the suspect and conducting an interview in custody.

She was then given a tour around Millbank Police Station in South Shields and presented a special commendation by Chief Superintendent Sarah Pitt following her crime-cracking heroics.

Now the team who helped bring her day to life have been nominated for a ‘Working Together’ award at the Cumbria, Northumberland, Tyne and Wear (CNTW) NHS Foundation’s Staff Excellence Awards, which will be held in Newcastle later this month.

“I had the most amazing day,” Margaret said. “I always wanted to be a detective; it had been on my bucket list ever since I was young so it really was a dream come true.

“The whole team went above and beyond anything I could have expected to make sure I had an unforgettable day. They showed such kindness to do this in their spare time – I can’t thank them enough.

“They deserve this award nomination and I’ll have my fingers crossed that they win. Their kindness is something that I’ll never forget.”

There she was able to jump into the fire engine and learnt how to use the hose, before she was given her police uniform for the day as ‘Detective Constable 48’ – the year that she was born.

Eager to jump straight in, Margaret then received a radio request to attend a mocked-up suspected hit and run at Viking Park in Jarrow – so travelled to the scene in a marked police vehicle.

It was only a matter of time before her investigative instinct then kicked in, working with the Force’s forensic experts to assess the ‘crime scene’, before a search of the local area saw her discover a suspect hiding nearby.

With footprints from the scene and evidence taken from inside the car, it was then time to head back to the station for DC Margaret as she interviewed the fictional suspect, who works for the Force’s community engagement team based in South Shields.

With the weight of evidence against him overwhelming due to the meticulous nature of Margaret’s work, the suspect admitted the offence and was ‘charged’.

Now the police officers and staff who planned Margaret’s unforgettable day have been nominated for the ‘Working Together’ award along with some CNTW staff – something Chief Superintendent Sarah Pitt believes is richly deserved.

“I know how much work the team put in to make sure Margaret had a great day, and that’s testament to how wonderful she is,” Chief Supt Pitt said.

“Margaret went away with some unforgettable memories and it is clear why our officers and staff were so keen to give up their day off to make her dream a reality.

“This nomination is richly deserved and I’m incredibly proud of my staff, as well as our partners at the fire service and the NHS Foundation Trust, who helped give this very special lady a day to remember.”

The awards will take place on March 27 at Newcastle Civic Centre where the winners will be announced.