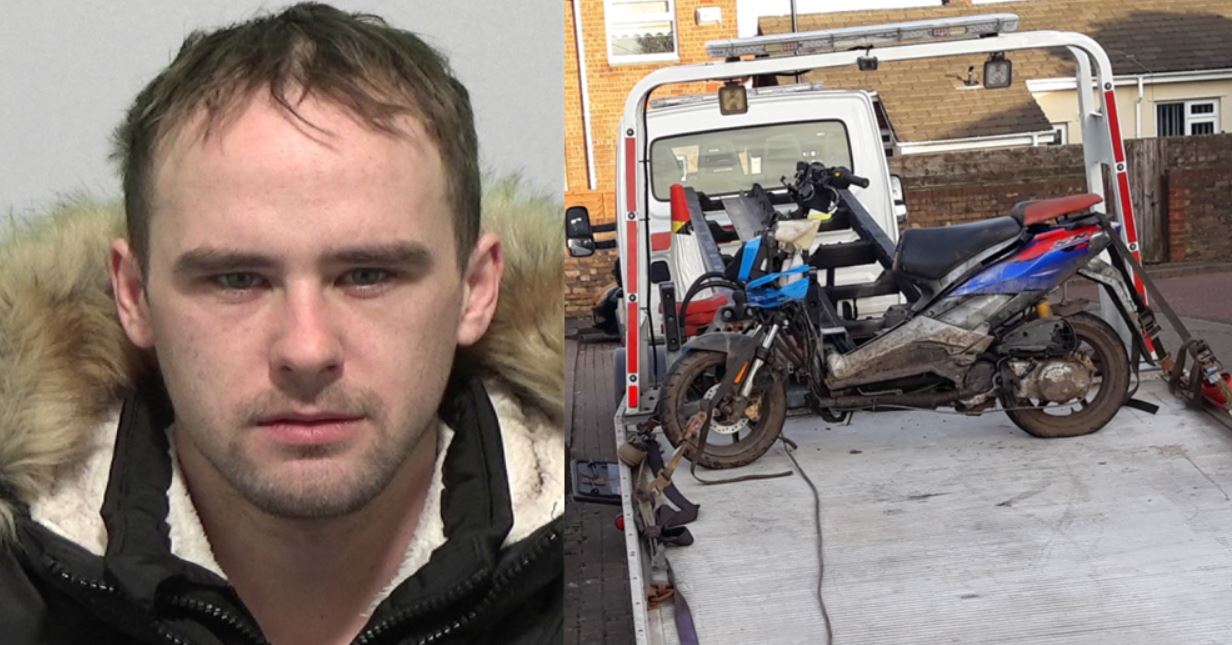 Nathan Yates, 27, is behind bars after slamming his motorbike into a 16-year-old boy in Sunderland

Motorbike menaces have been warned that they face serious repercussions – after a brazen rider was jailed for knocking down a teenager.

Nathan Yates, 27, is beginning a custodial term after slamming his bike into a 16-year-old boy at Carley Hill Quarry in Sunderland in April 2018.

Despite knowing off-road biking is banned there, the reckless rider raced down the hill and cannoned into the youth who suffered serious fractures to his ankle and kneecap.

Seemingly unaware of the extent of his victim’s injuries, which took more than two years to heal, Yates rode off laughing – but is now behind bars after police secured a criminal prosecution.

Now police have warned other off-road bikers that they could suffer the same fate and end up in a prison cell should they continue to endanger the lives of others.

Sergeant Louise Mcclennan of Northumbria Police, said: “The reckless and irresponsible use of off-road motorbikes are not only incredibly dangerous, but can have a significant and adverse impact on the communities we serve.

“It can be incredibly intimidating and harmful to the most vulnerable members of our society when offenders tear around on motorbikes, committing crime and destroying the fabric of our communities.

“Carley Hill quarry is one of a number of hotspot areas where off-road bikers are known to put their own lives and the lives of others in grave danger – and this case highlights the very serious consequences if something goes wrong.

“Nathan Yates was totally oblivious of the potential risks and real harm that he caused his victim after driving into him at high speed. His decision to ignore the police and ride in that area has now resulted in him being put behind bars.

“I hope this case sends out a strong message to the communities we serve – we will not tolerate this type of criminality, we will take robust action against offenders, and anybody found to be riding in this illegal and dangerous manner can expect us to arrive at their door very soon.”

The conviction comes as neighbourhood teams in Sunderland North continue to clamp down on motorbike disorder as part of Operation Banshee.

Over the last few weeks, officers have seized nine motorbikes, mopeds or scooters believed to be involved in crime and disorder.

A 16-year-old male has been charged with theft of a moped and burglary and will appear in court later this month, while officers arrested another male - also 16 - on suspicion of theft of a motor vehicle and burglary. He has been released under investigation and enquiries are ongoing.

Sgt Mcclennan added: “We are committed to taking robust action against anybody found to be involved in this type of criminality and I would ask members of the public to be our eyes and ears on this.

"Our officers will continue to carry out a range of enquiries as part of Operation Banshee to keep our communities safe from vehicle-related crime and ensure anyone found responsible is dealt with swiftly.

“If you see any off-road riders or vehicle-related crimes happening in your area, please get in touch with us. We also want to hear from anyone who believes they know where these bikes are being stored overnight.

"Your information could help us prevent another serious incident that could have potentially fatal consequences.”

Anyone who is concerned about motorbike disorder in their area, is asked to call 101.