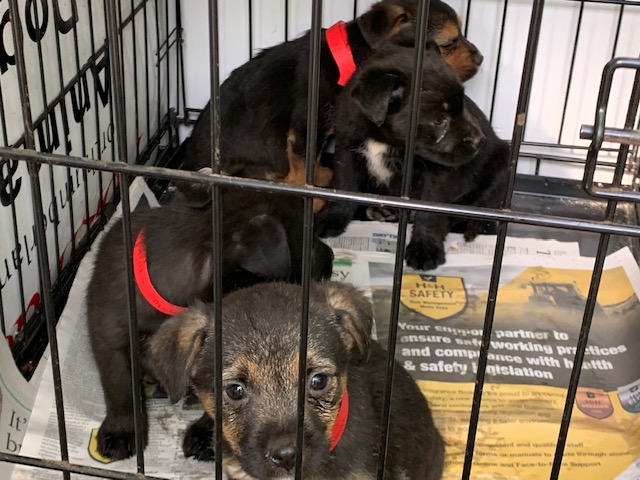 The warrant was carried out on March 4, and saw the rescue of 20 dogs ranging from tiny new-born puppies to fully grown dogs kept for breeding, all of which were being left to fend for themselves.

The dogs – a mixture of Border Collies, Border Terriers, Cairn Terriers and Crossbreeds - were then subsequently rescued and taken to local animal charities, Berwick Animal Rescue Kennels (BARK), Alexa’s Animals in Alnwick and Newcastle Cat and Dog Shelter for rehoming.

The owner was also reported on summons by police and will be prosecuted over a breach of a previous dog control order at a time and date yet to be confirmed.

Northumbria Police officer Paul Sykes, one of the officers leading on the operation, praised council partners and spoke of the horrific conditions the puppies were being kept in.

He said: “Our partnership working has been crucial during this operation and I can’t thank the council enough for their hard work.

“We had an idea of the poor conditions we might find during the warrant but to see it in real life was just awful. Those poor animals were being left to fend for themselves with no element of care or respect.

“Hopefully these gorgeous dogs can all find love and a forever family in a new home.”

A spokesperson from Northumberland County Council said: “This is a shocking and inexcusable case of animal abuse and we are very keen to crack down on all sorts of illegal pet breeding in Northumberland. Our animal welfare officers are currently making enquiries into how these dogs were cared for.

“We want to urge residents to only purchase pets, especially puppies and kittens, from reputable, licensed breeders, or better yet - adopt from a local rescue shelter!”

Anyone who suspects an animal is suffering due to its living conditions or has concerns over a potential puppy farm within Northumberland should contact Animal Welfare on 0345 600 6400. 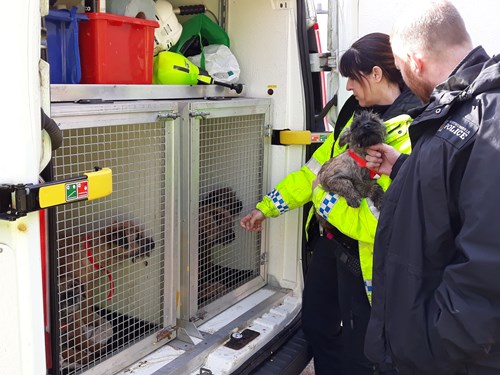