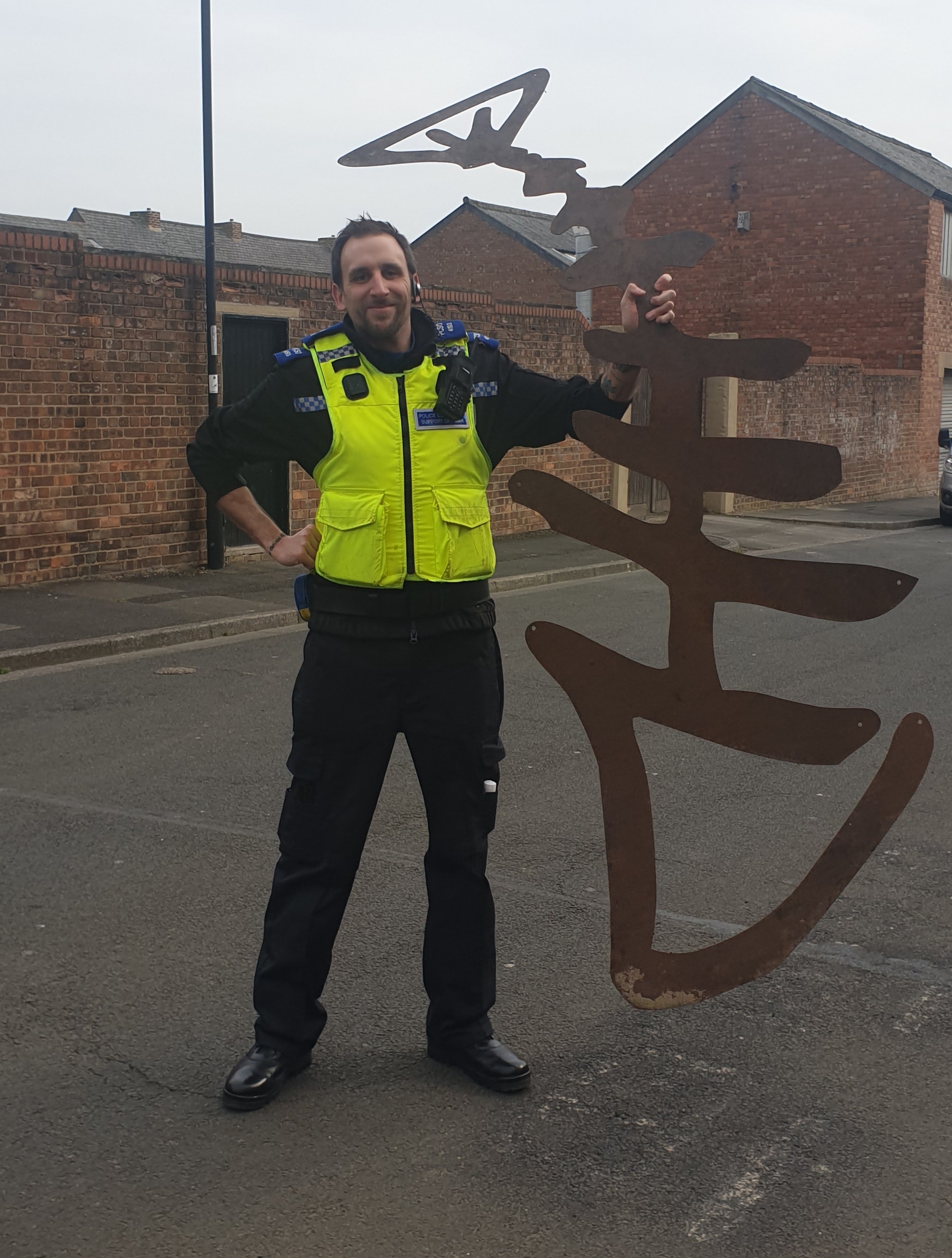 Officers in Tynemouth were alerted to something fishy yesterday (Tuesday) when the sign for Riley’s Fish Shack in Tynemouth had been reported stolen.

Officers launched an investigation and the search began.

Enquiries were carried out and as a result of information received about a man who was spotted with the sign walking on Queens Street, officers were able to close the net on the suspected thief.

Thanks to the quick thinking of our officers and the work of an officer currently self-isolating and working from home who was able to guide officers on the ground to the tracked location of the suspect thief, a successful arrest was made.

Neighbourhood Inspector Nicola Seymour, from Northumbria Police, said: “This was a great response from our officers on the ground and one of our team who is self-isolating at home.

“It shows people that despite the current situation we remain strong and resourceful in our approach to policing and tackling crime.

“Thieves or anyone participating in criminal behaviour will still find themselves in handcuffs – be warned!”

The 44-year-old man was arrested on suspicion of theft and has been released under police bail to appear at court at a later date.